The bathhouse De Thermen is one of the oldest buildings in the Netherlands and is part of Heerlen’s Roman past.

The current museum was created in the 1970s, consisting of a roof over the old bathhouse by means of a ‘space frame’, a unique steel span with a concrete archive tower next to it. The building is currently in need of renovation. The new museum and the outdoor space may once again make the Roman past accessible and visible to a wide public.

The Roman past in the subsoil is made visible in the design, by elaborating the contours of old buildings, old roads, watercourses in the pavement and also extending the current Spitsgracht. Rainwater can be stored here from the building and infiltrate into the ground in a natural way.

By reducing the footprint of the entire building, space is created for a green layout all around. A green urban environment has several advantages, such as rainwater infiltration, increased biodiversity and shady spots in summer.

An important starting point for the new layout at ground level is the preservation of the valuable, iconic trees around the building. A number of new trees will be added in the new plan. Together with the existing trees, they contribute to the green character of the space around and on the museum.

The existing height differences in the outdoor area are characteristic. To emphasize this, we have developed the outdoor space as an undulating, slightly sloping landscape. A green plinth is formed by lifting the edge, which can be used as a seating area for visitors. The slopes provide good starting situations for the vegetation. Small gradient differences already give nice differences in vegetation or plantings and a varying view of this planting. The range of plants strengthen this idea even further.

The overall plan for the new museum and the outdoor space gives Heerlen an appealing place in the city with a rich Roman history. The old and new layers in the plan reinforce each other and make this plan unique. 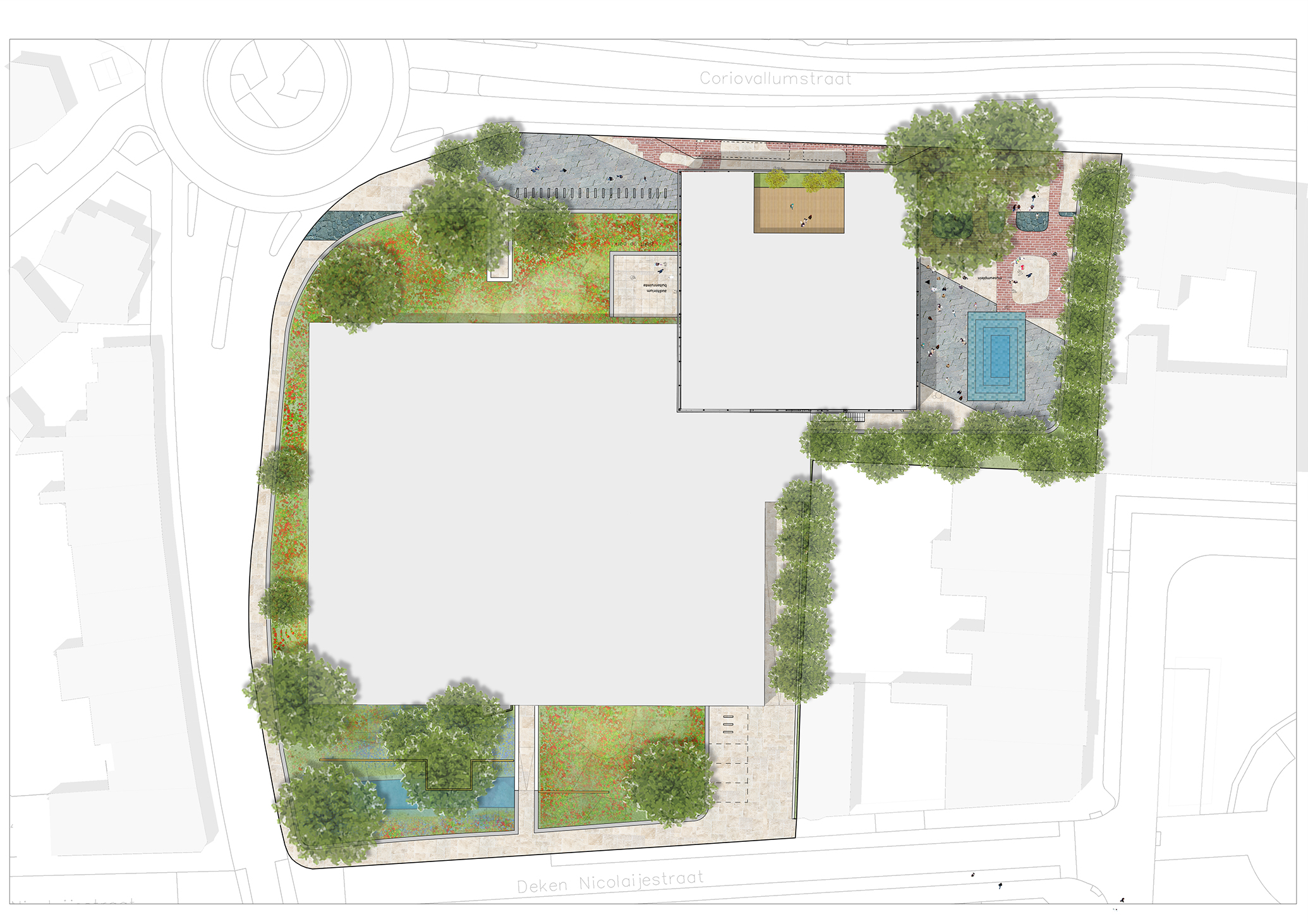 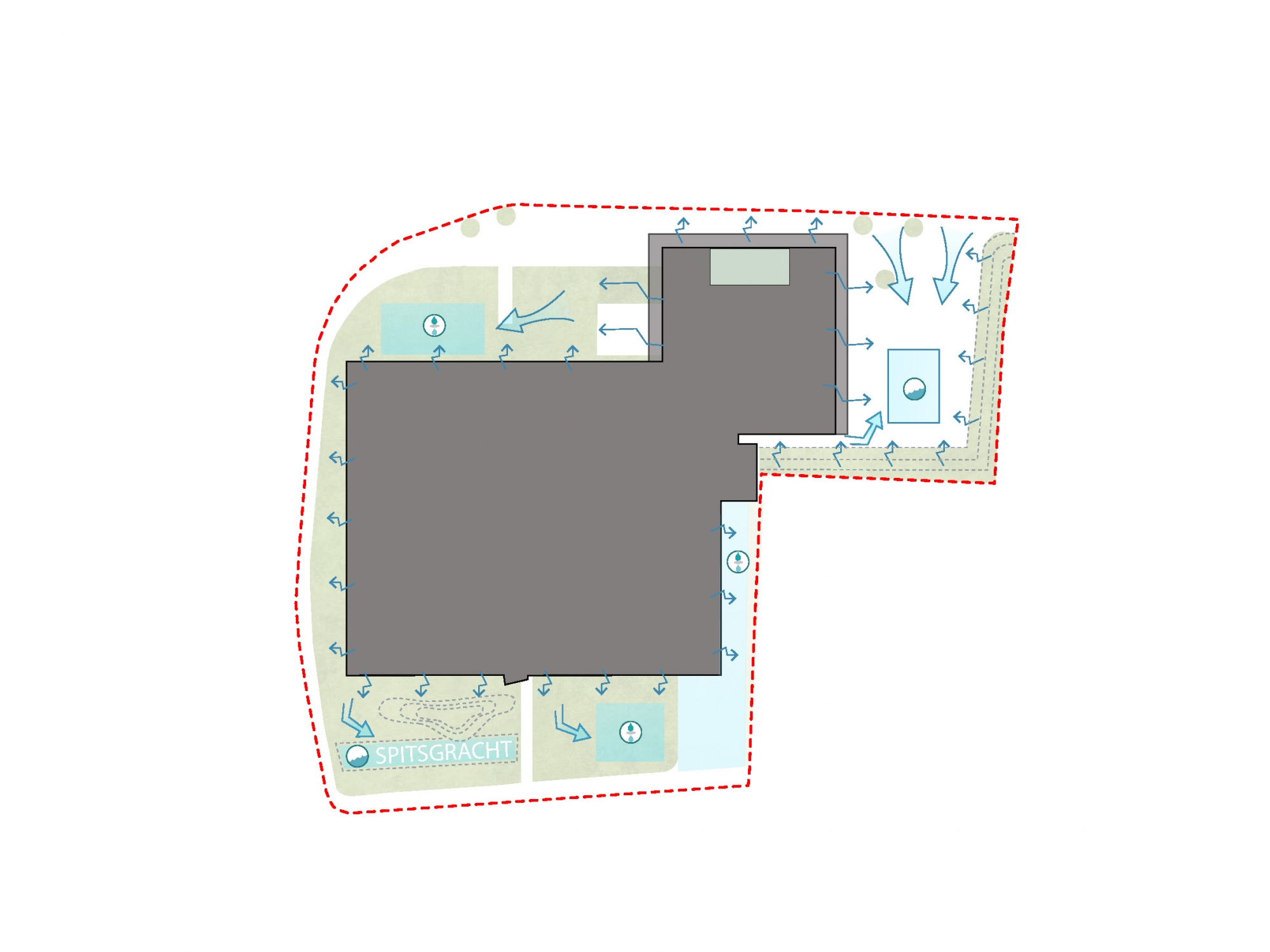 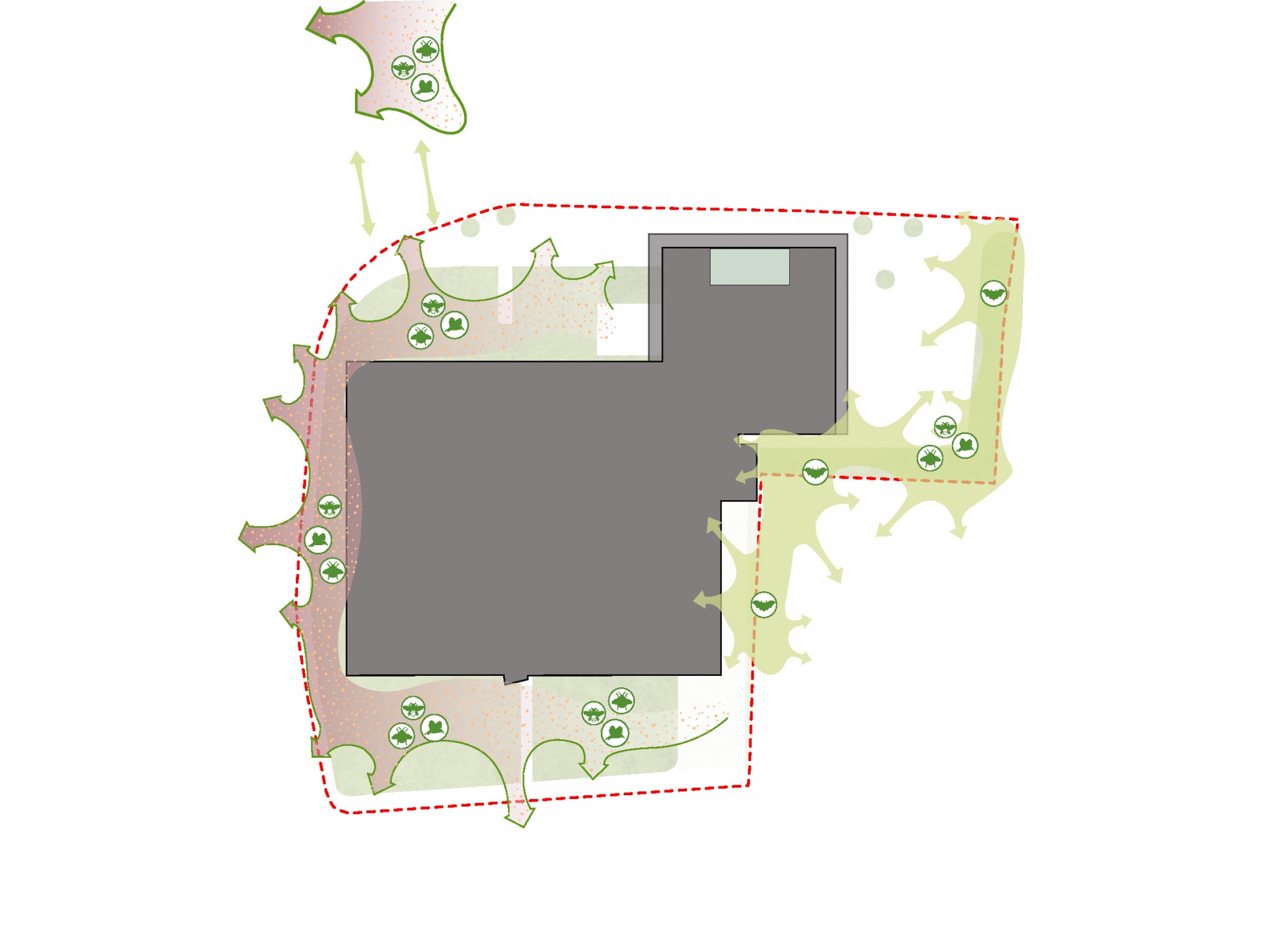 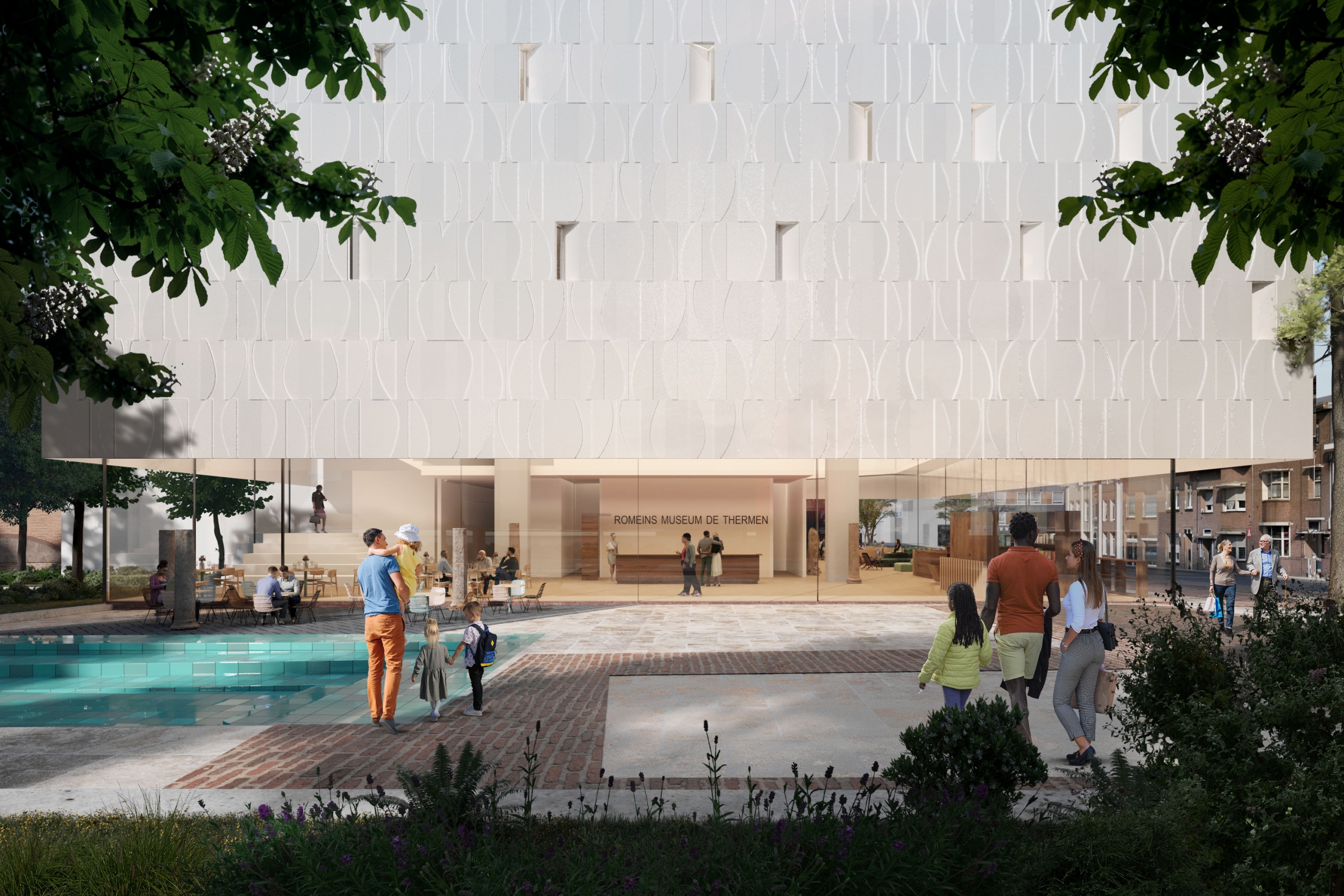 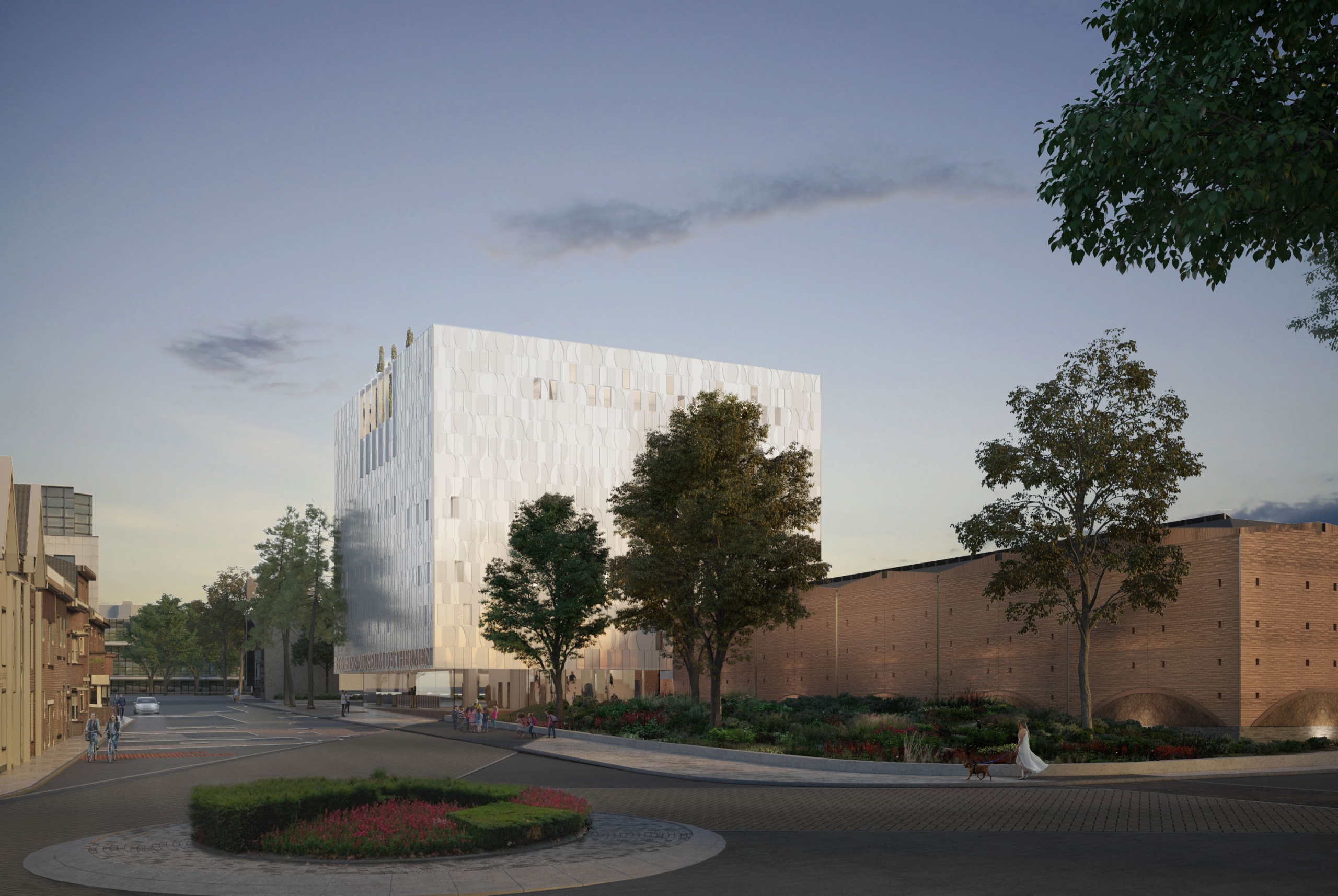 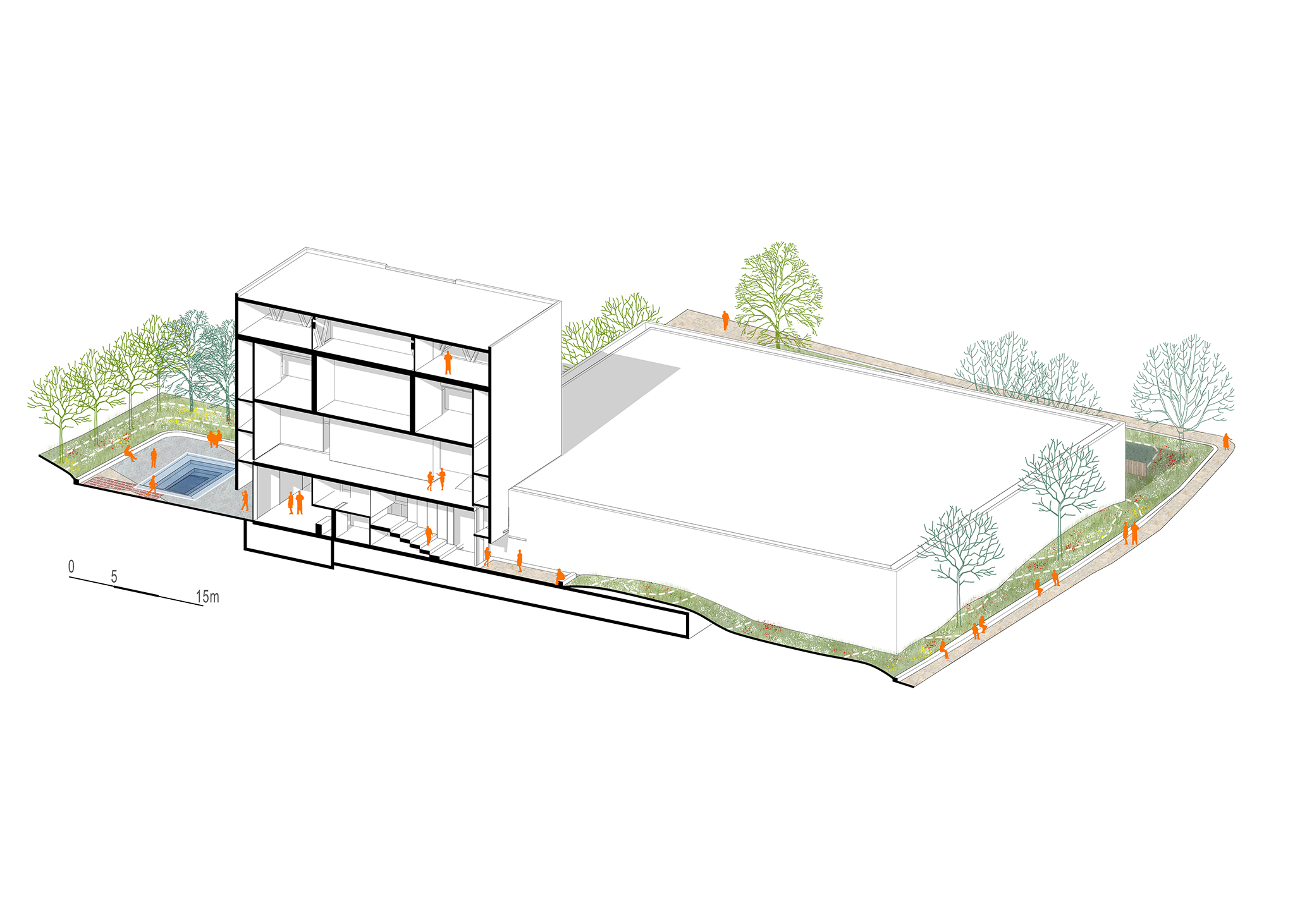 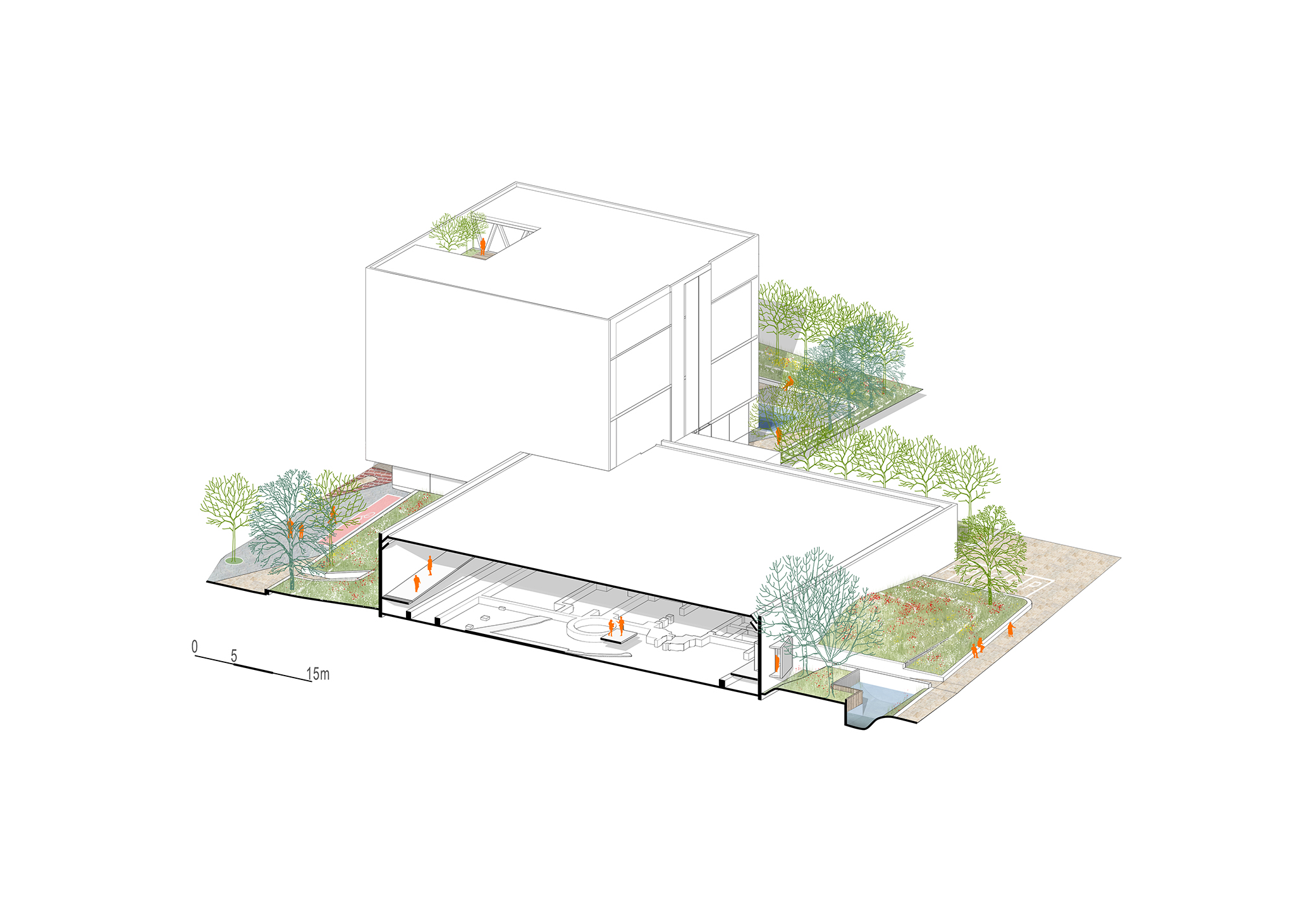 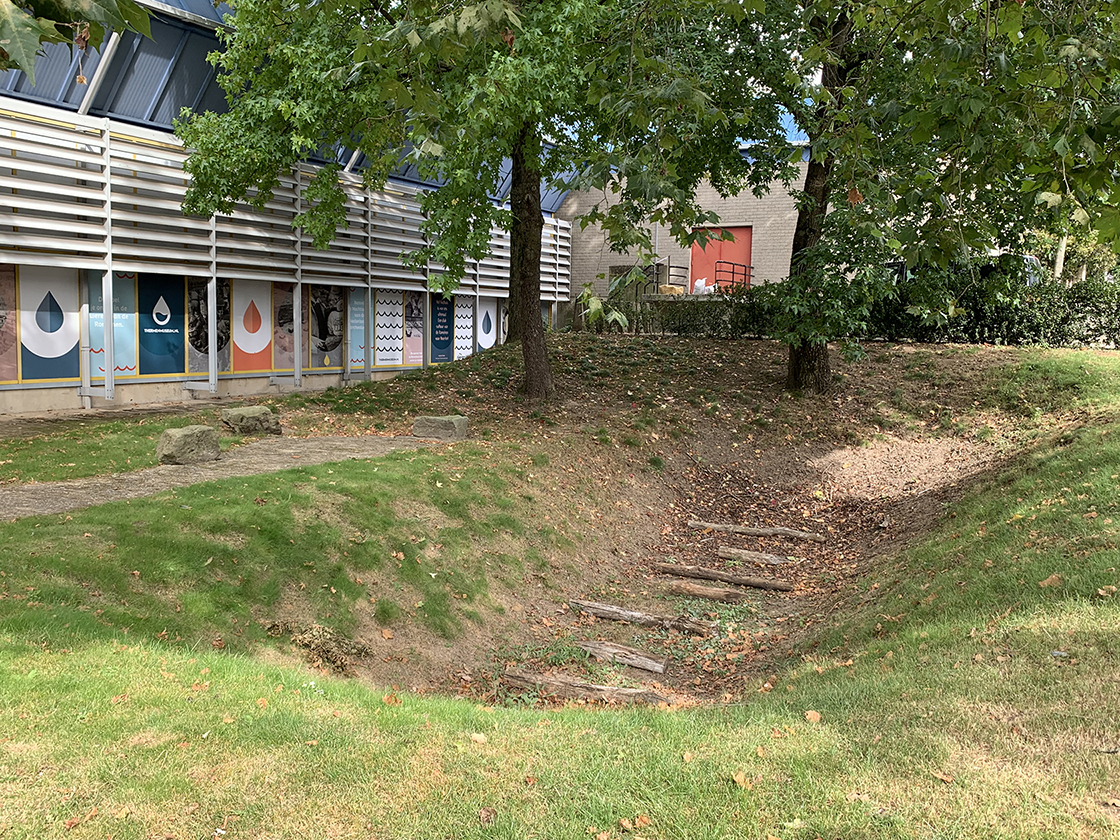 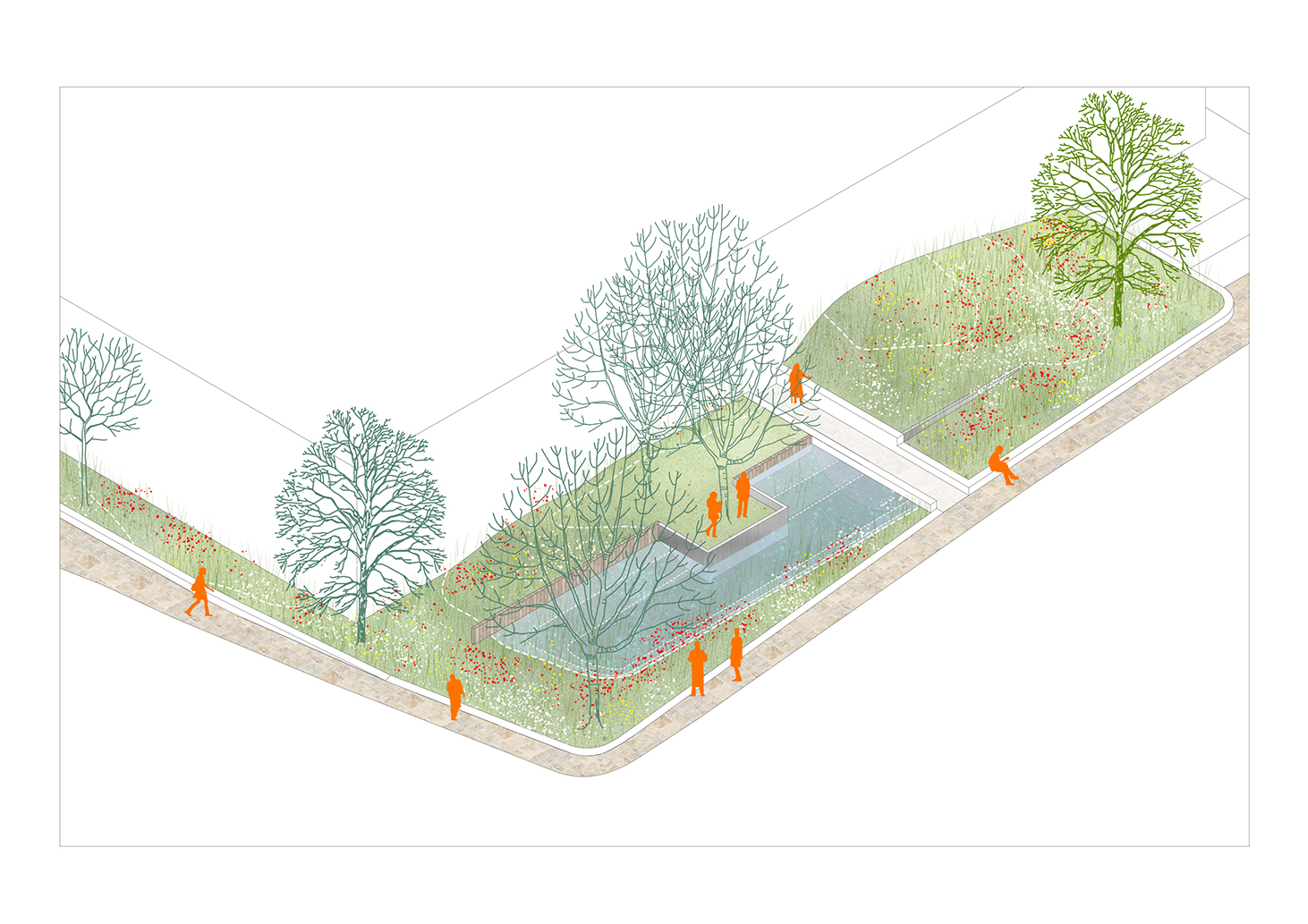 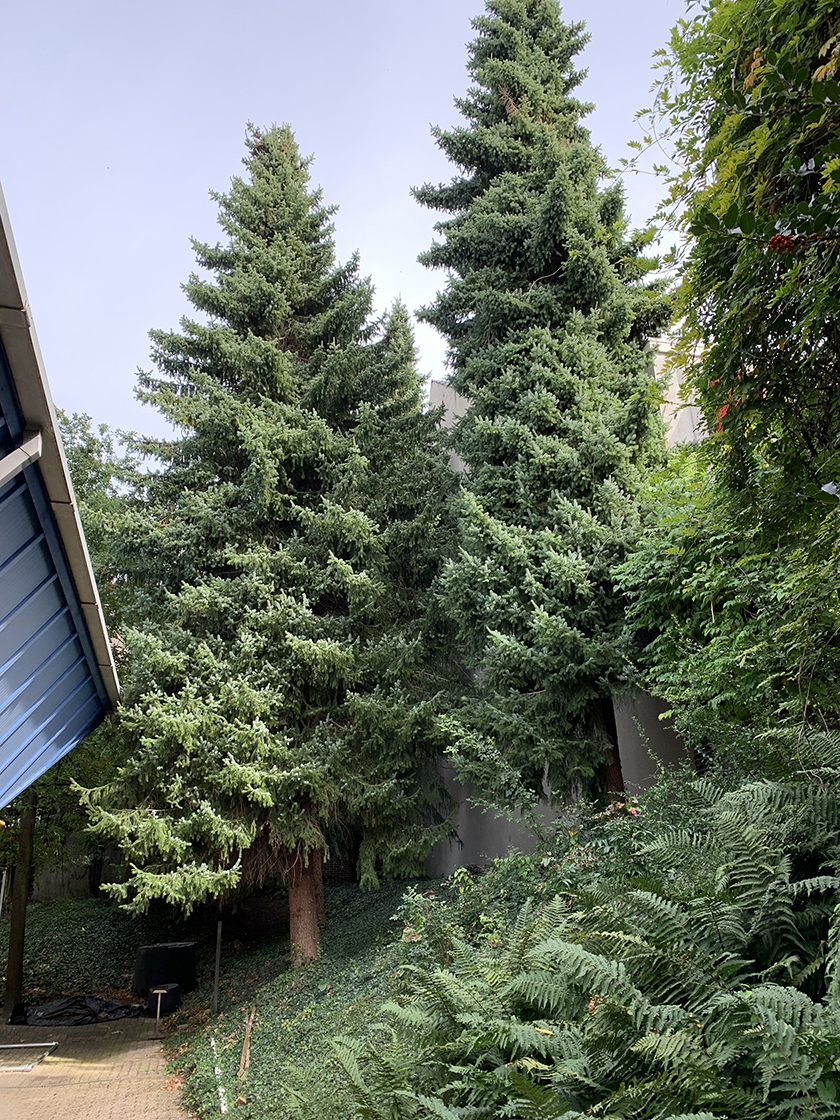 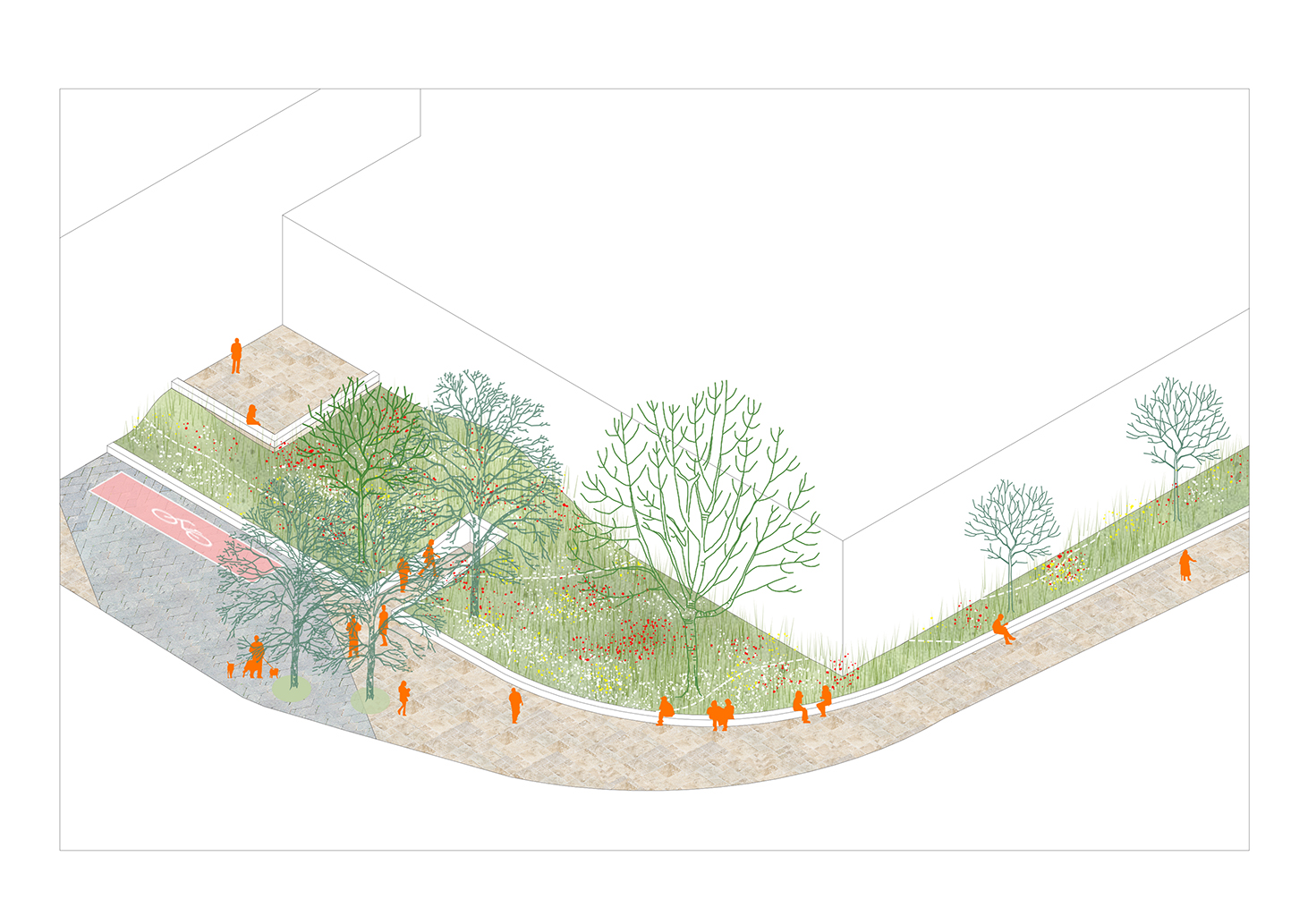 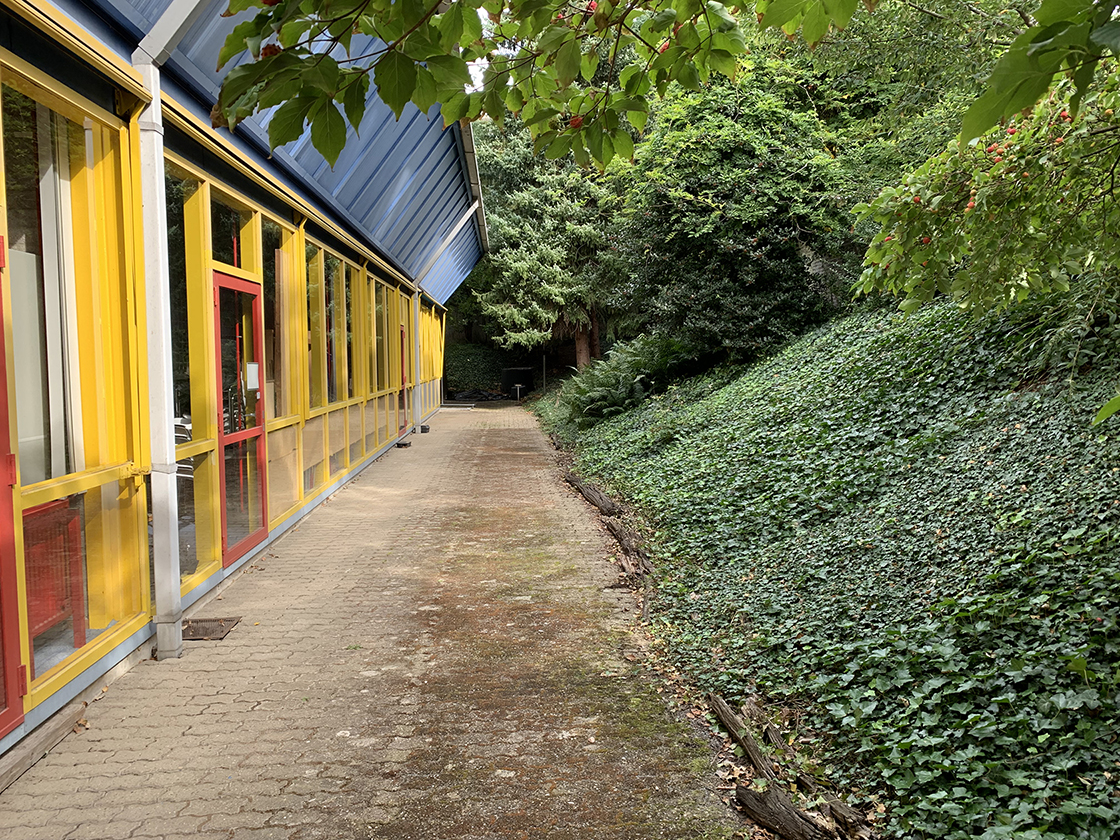 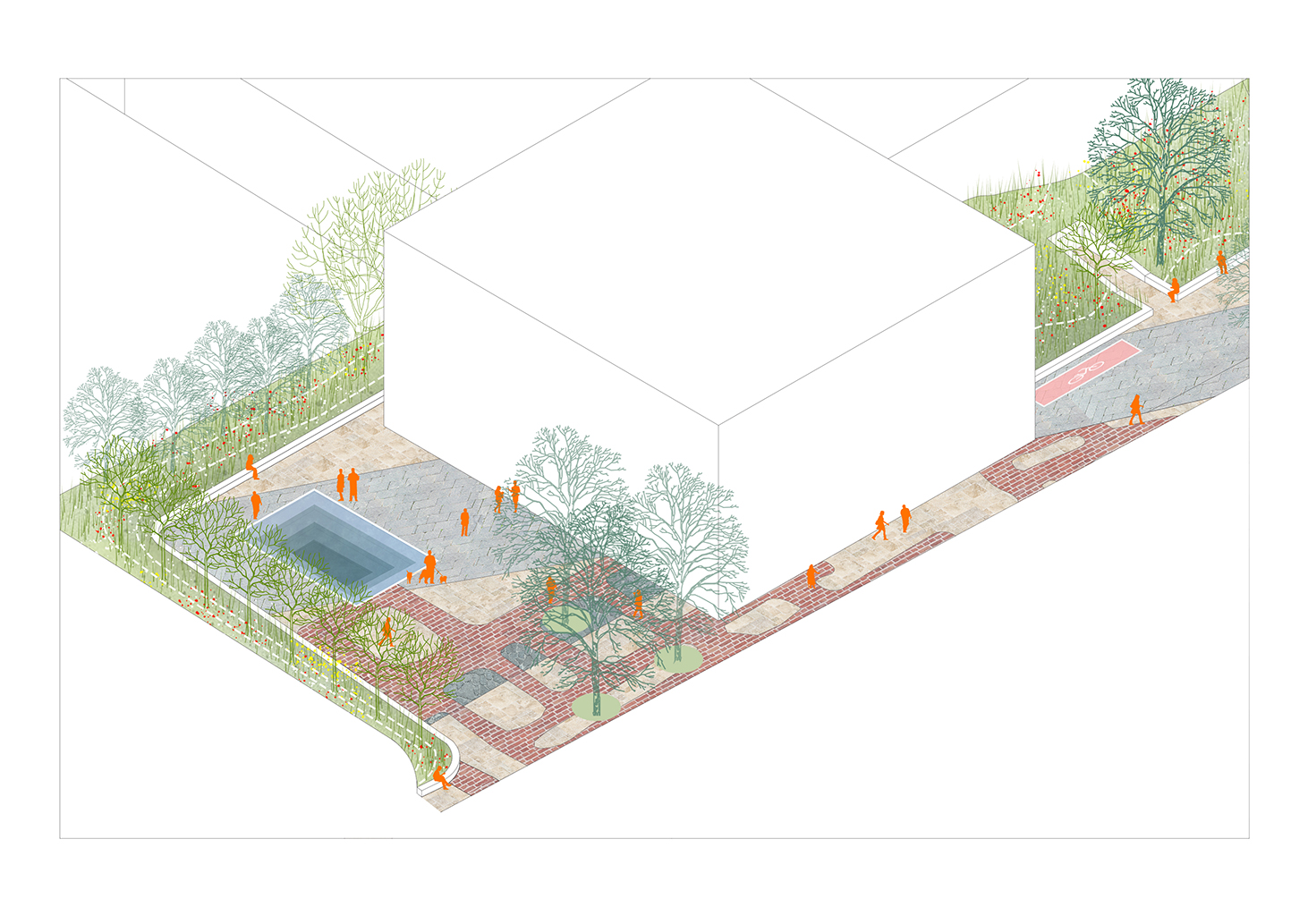 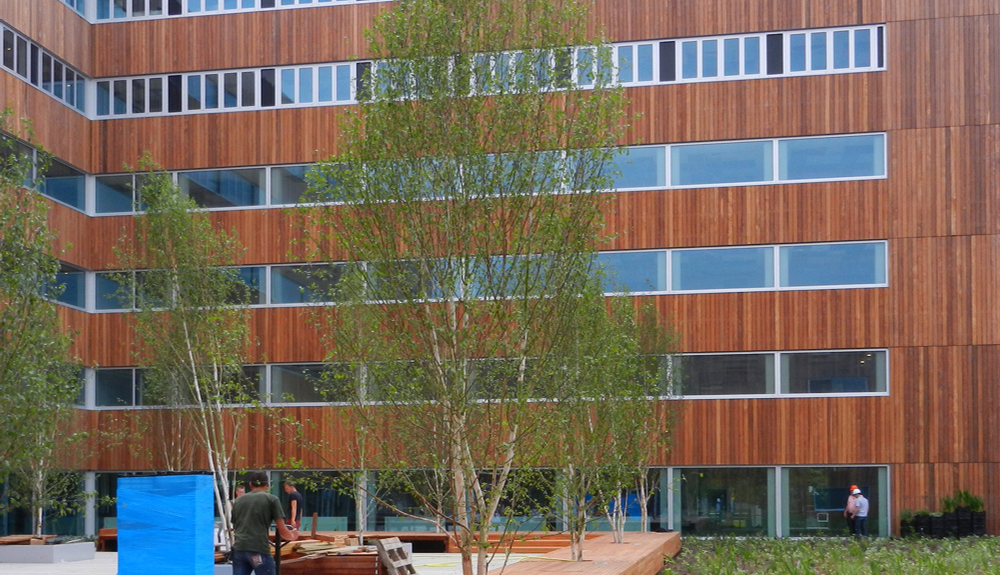