Mozi Mountain is a city park which serves as the end focal point of the east-west axis in the Hunnan District of Shenyang. The design is based on the naturally undulating landscape in this area of Hunnan, but then exaggerated into three distinct mountains ranging in height from 20 to 40m. Each mountain has its own theme: nature, culture and sport. Functions, facilities and planting schemes were created to enhance these themes on and around each of the mountains, set within a peaceful park landscape with trees and lawns.

The “valley” between the mountains is actually a plateau which overlooks the main entrance plaza connecting the residential areas of Hunnan with the park. The height difference from the street to the valley is divided into a series of plazas near the restaurant, museum, greenhouses and gardens. The planting in the valley includes colorful combinations of trees, shrubs and perennials creating a meadow-like rocky landscape along the lake. The lake thins out into meandering streams running north and south of the valley, complete with waterfalls and bridges.

The tempo was high for this project so it would be completed in time for the 2013 Chinese National Games in Shenyang. Design began with sketch plans in the winter of 2011 and the mountains were formed with 1.4 million metres cubed of soil  and 4,000 large trees were planted just four months later. The 50 hectare project will be finished in 2012. 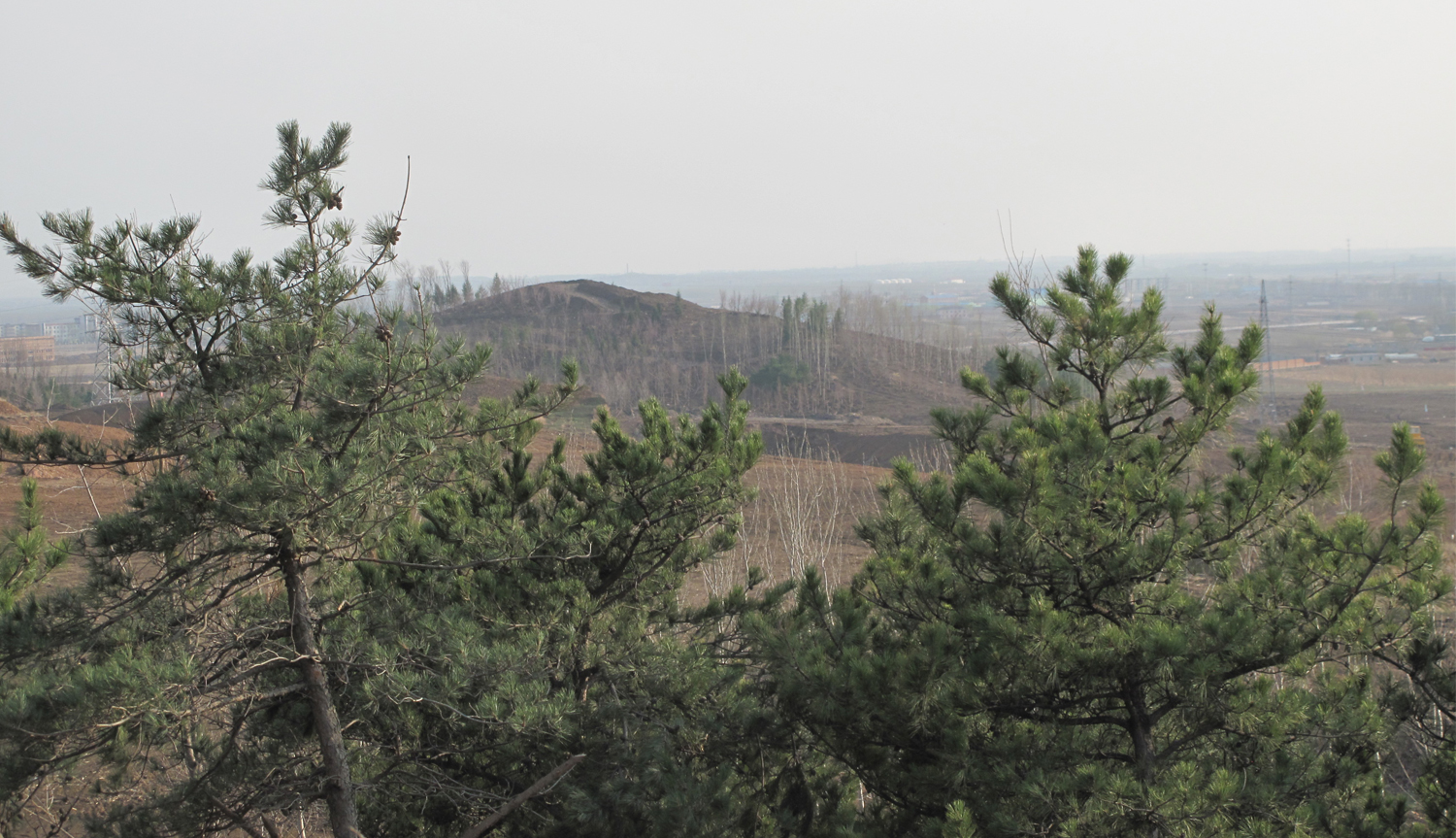 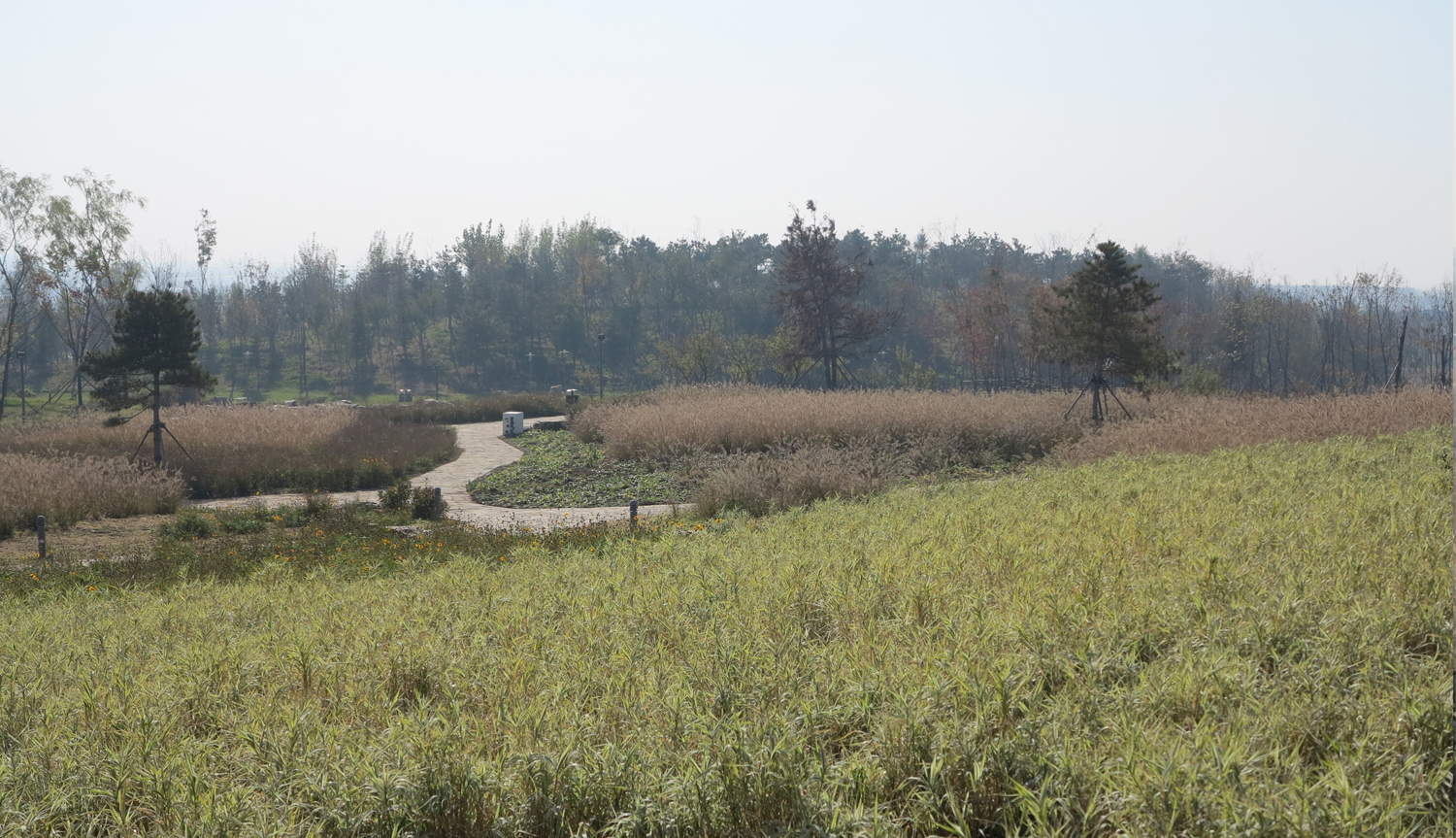 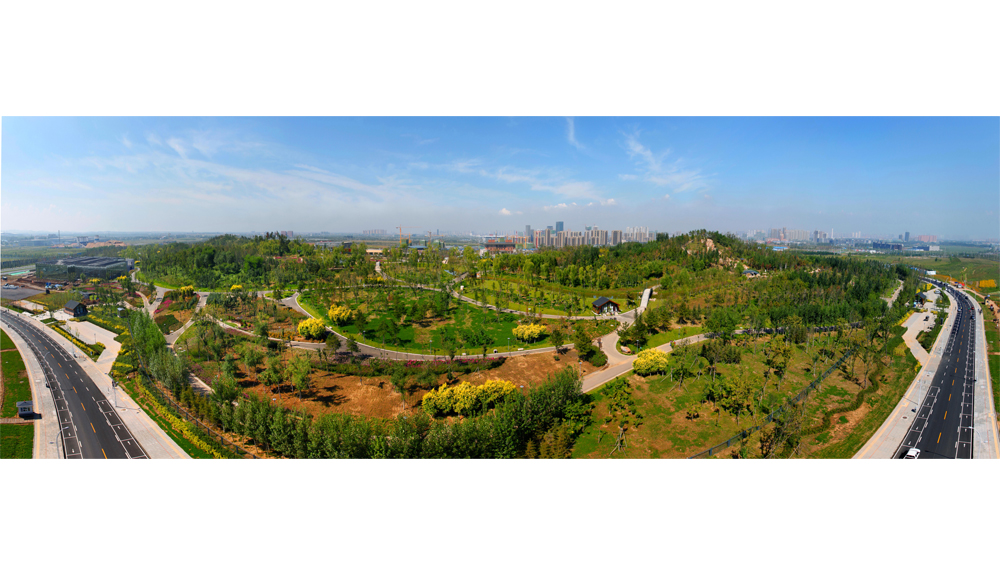 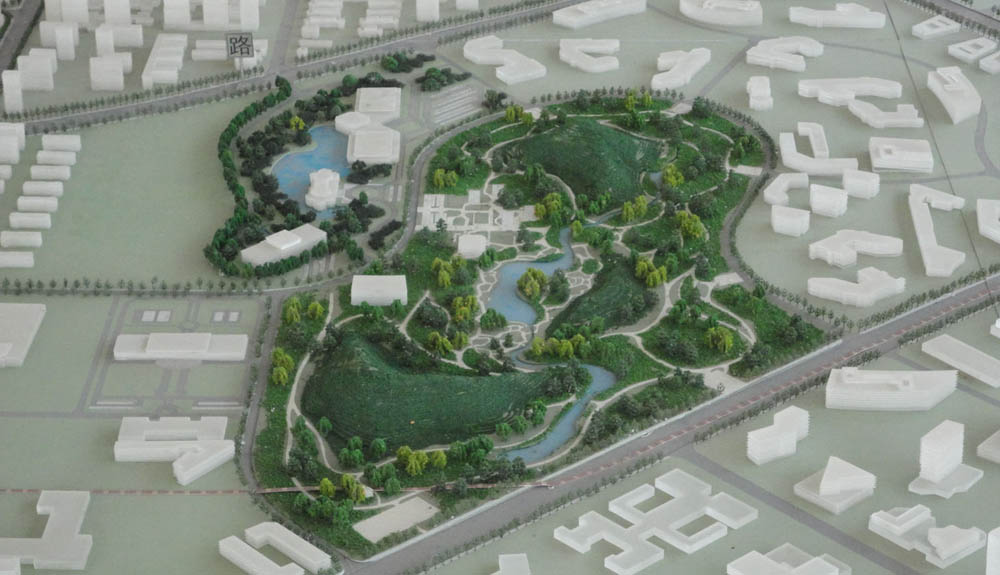 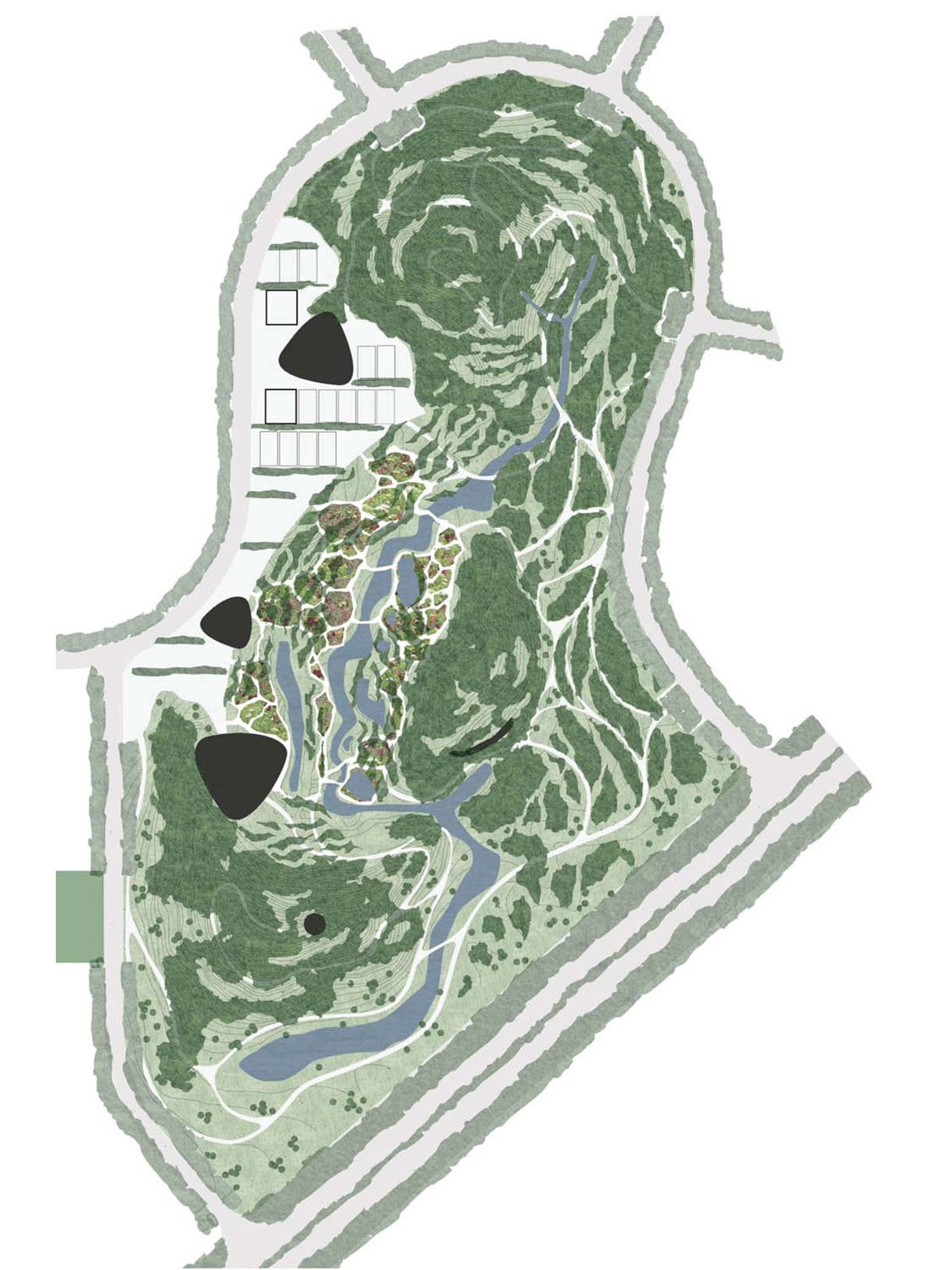 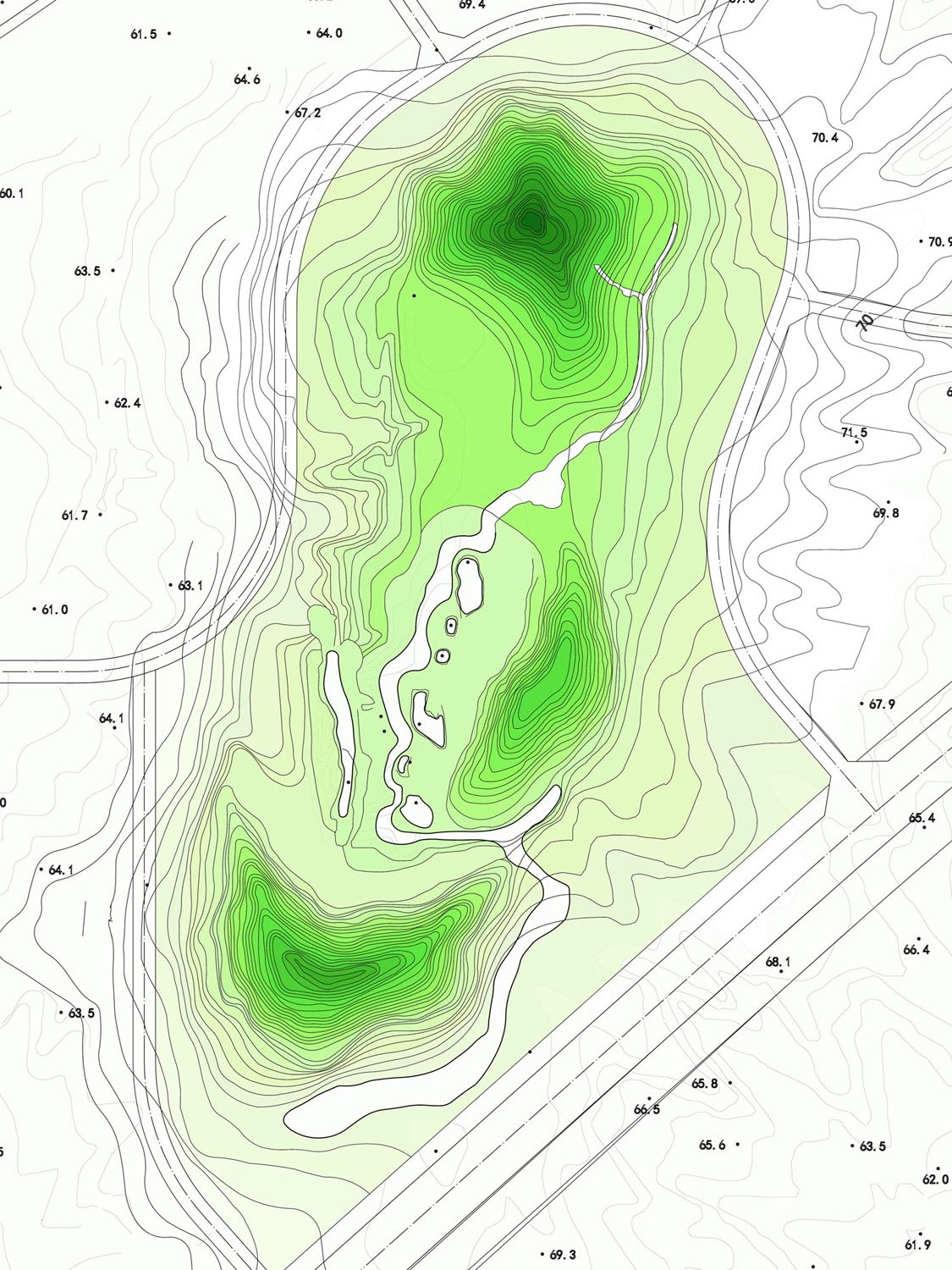 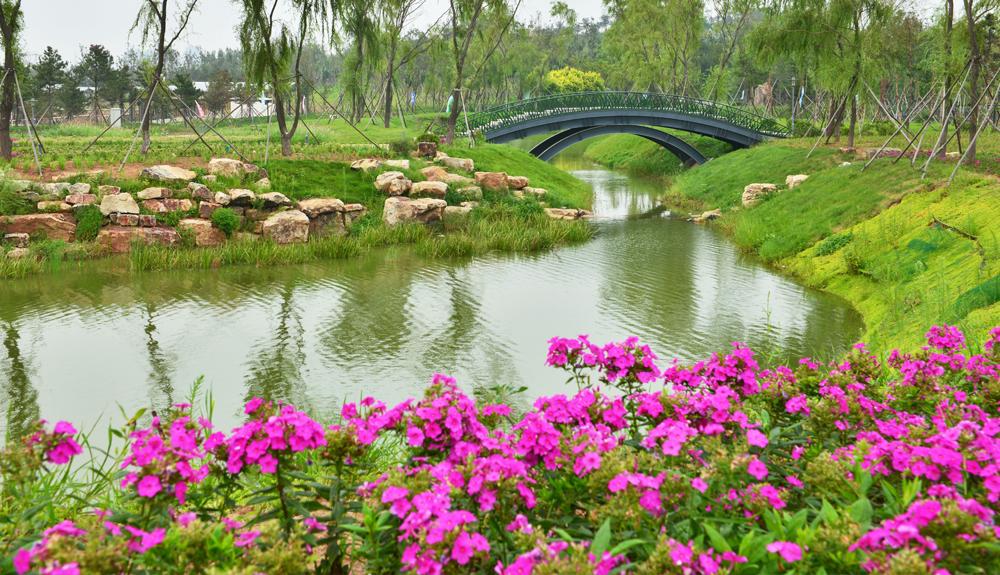 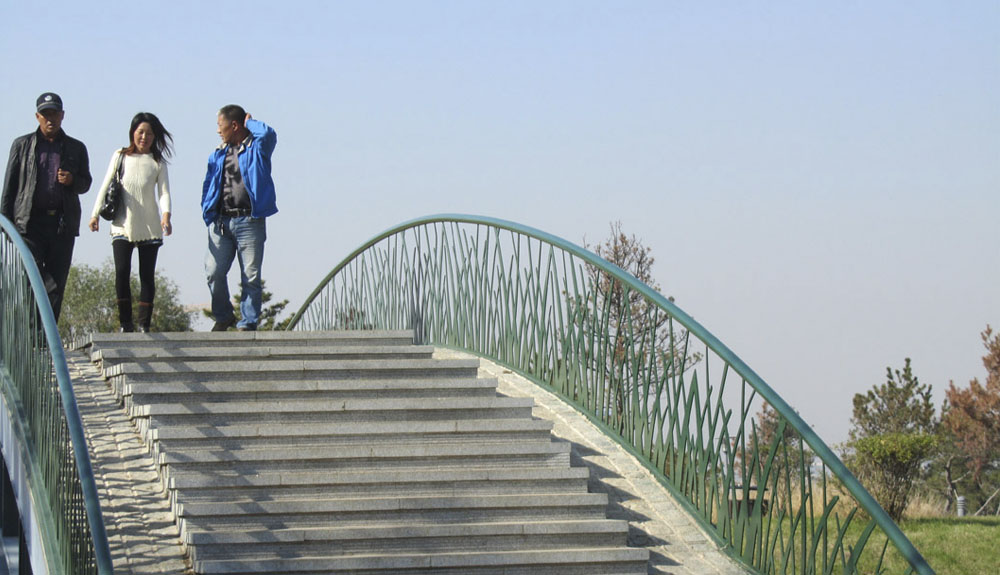 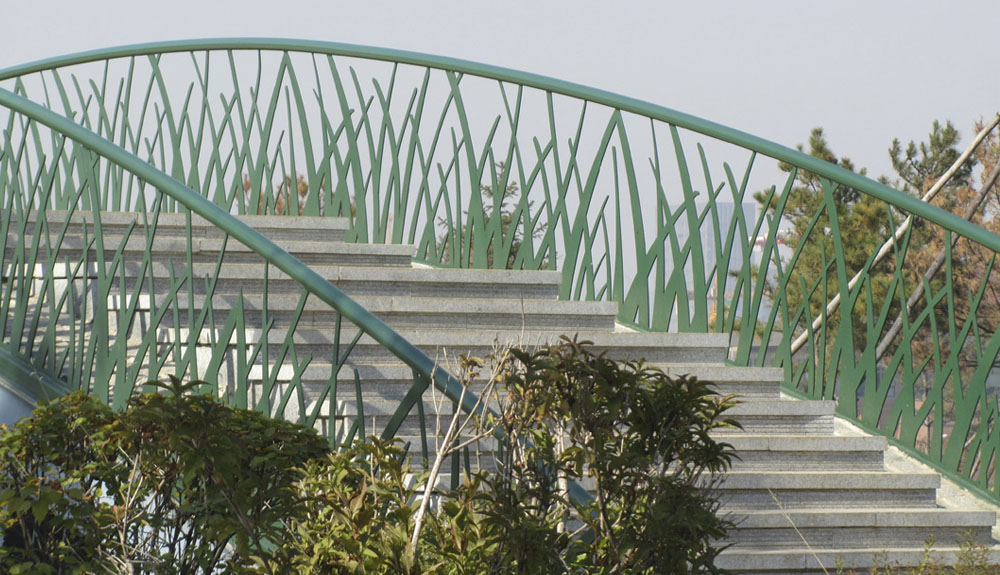 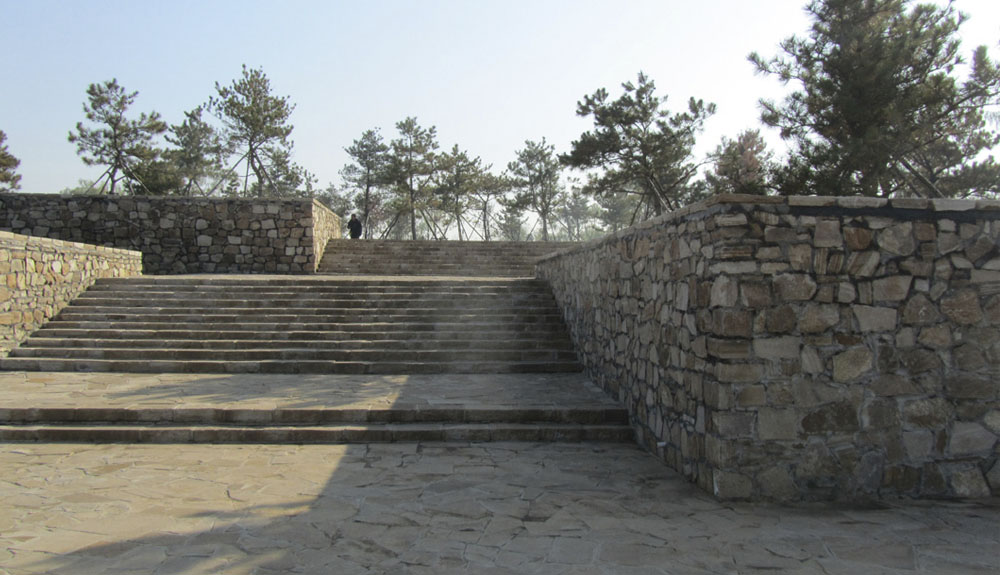 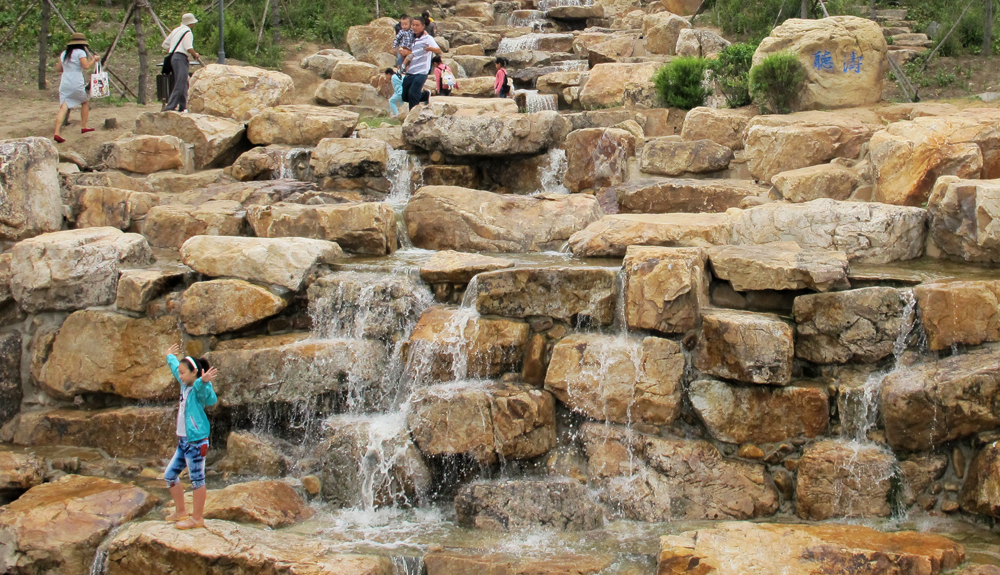 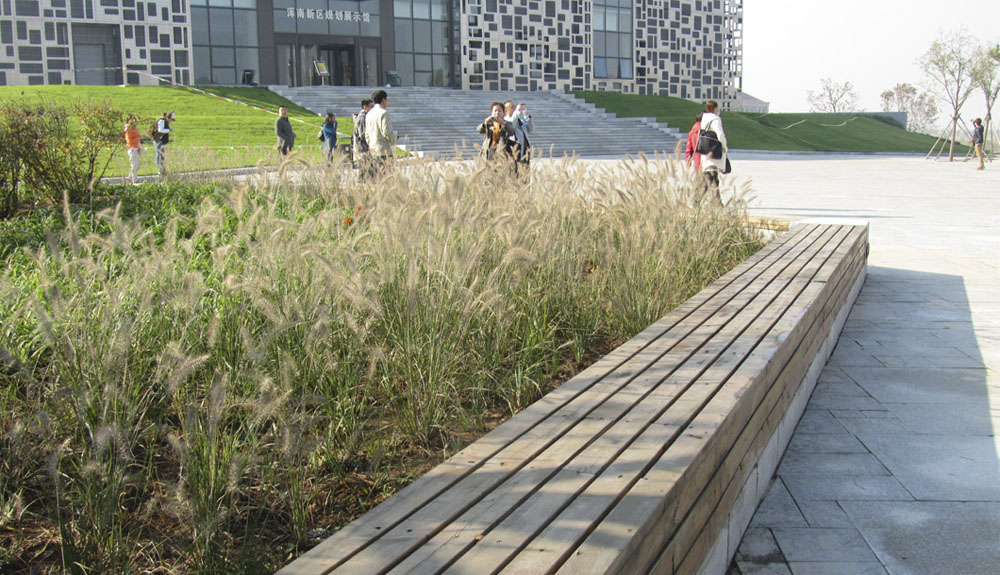 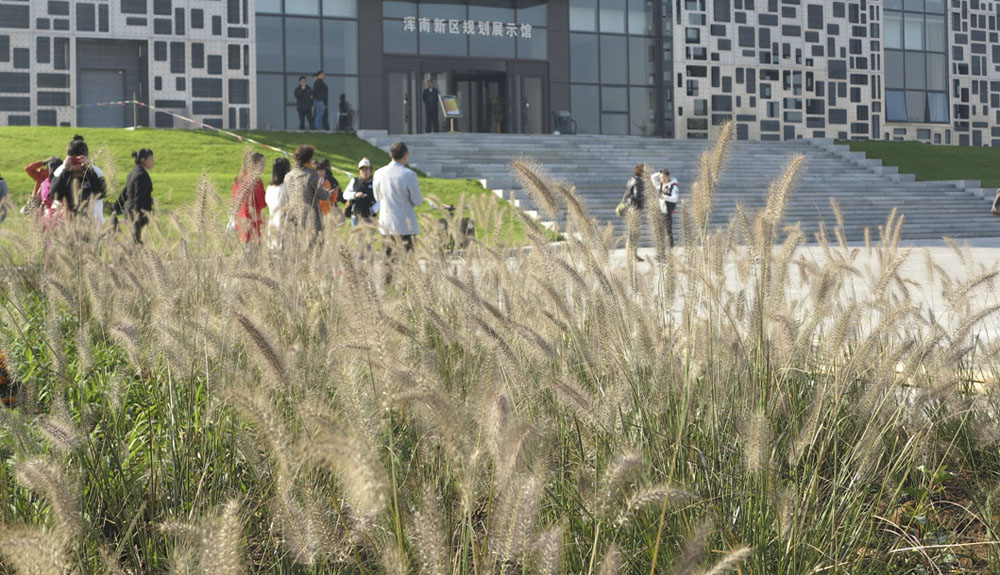 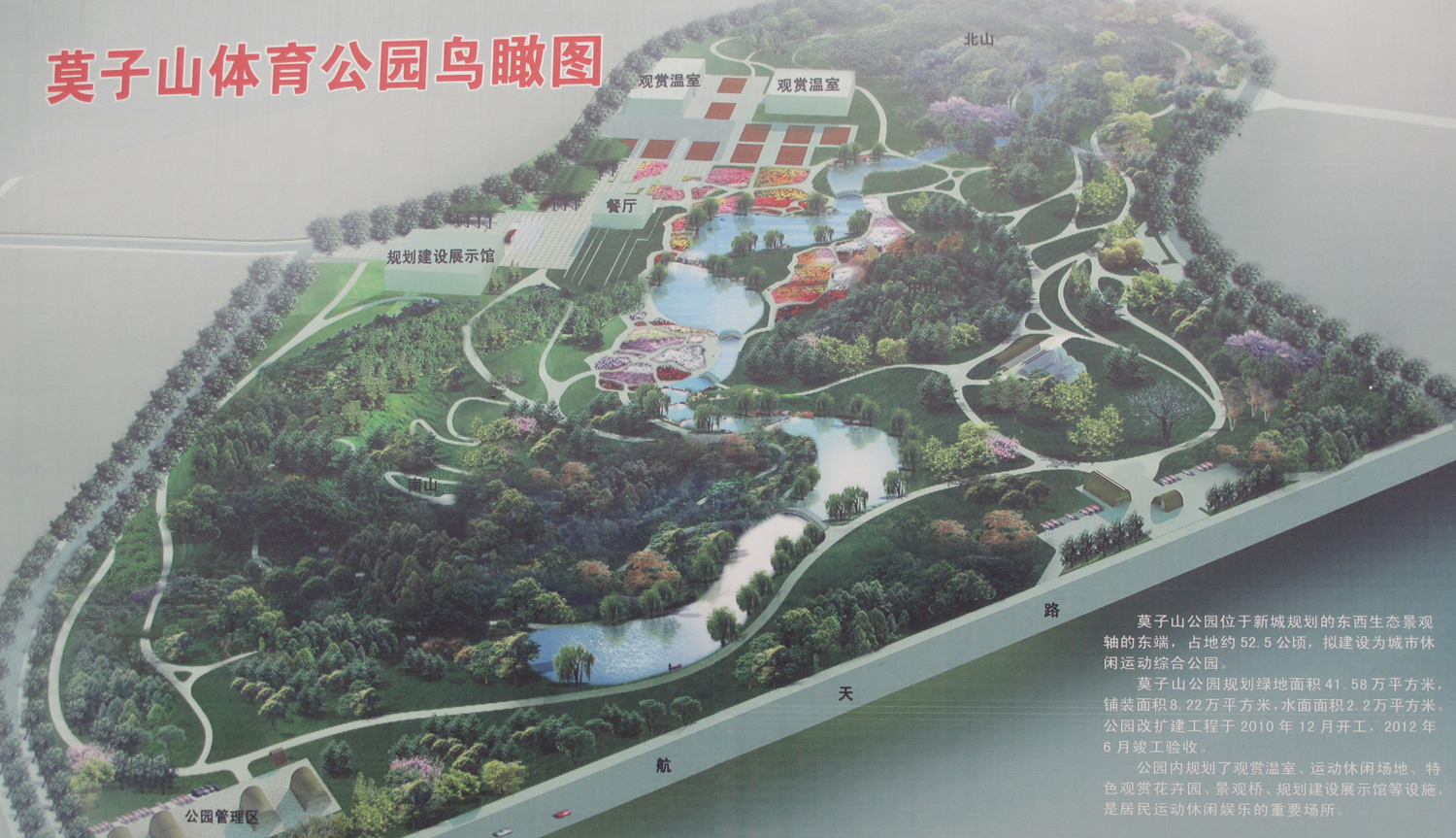