Hunnan Axis is the central urban park running 4 km north-south through the new city district Hunnan between downtown Shenyang and the airport. The masterplan for Hunnan District is based on an orthogonal network of streets and blocks with various land uses. The urban grid is enriched with two linear parks which cross each other. Our team is responsible for the design of the larger park (300 m wide and 4 km long) which runs north-south, in line with the axis of Shenyang’s Forbidden City. The park area north of City Hall is dominated by hills and forest while water dominates the south of the park. Water occurs overall and acts as a binding element for the entire length of the park, but takes on many forms such as canals, water source, unique waterfall or large pond.

A series of hills that subtly vary in height fill the north area of the park. The slopes contain an alternating mix of dense planting and open lawn areas. The water element begins as a spring atop the highest hill. The water flows slowly downhill between the hills, over various steps towards a wider canal and ends by City Hall. The bottom surface of the canal was meticulously detailed with a natural stone pattern which is attractive not only when water flows but also when it is empty during the long frost period of Shenyang’s strong winters. The hills are separated from each other by long paved plazas which not only connect the two sides of the park but also provide space for the facilities and functions of the park, such as play equipment, flower planters and benches.

The park south of City Hall is made up of plazas with various water features and large fountains. Where the Hunnan Axis crosses the linear park from east to west, a large pool of water has been designed, complete with a network of steel walkways over the surface. The park ends in a fantastic lake, with orthogonal-shaped islands where people can rest in the shadow of the trees. 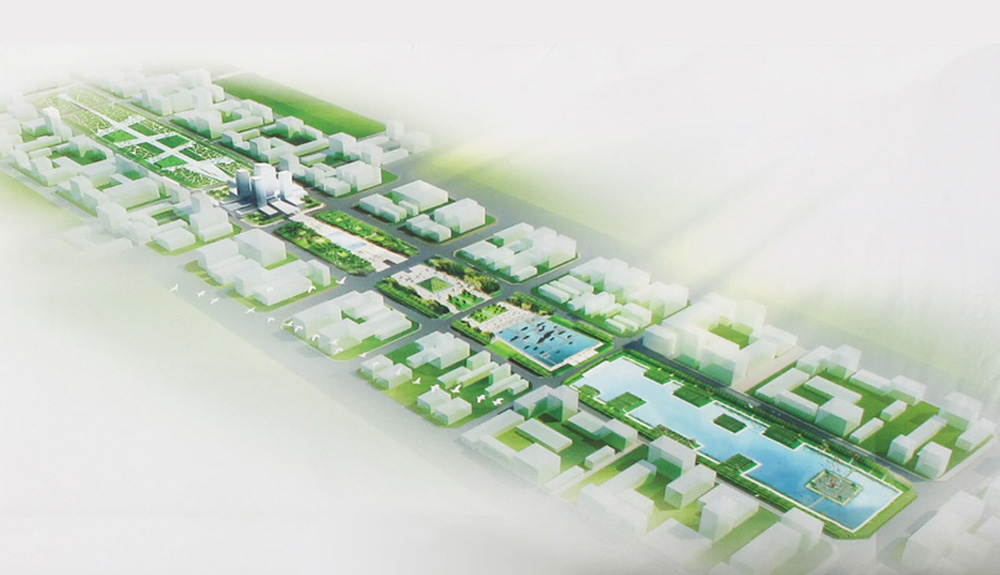 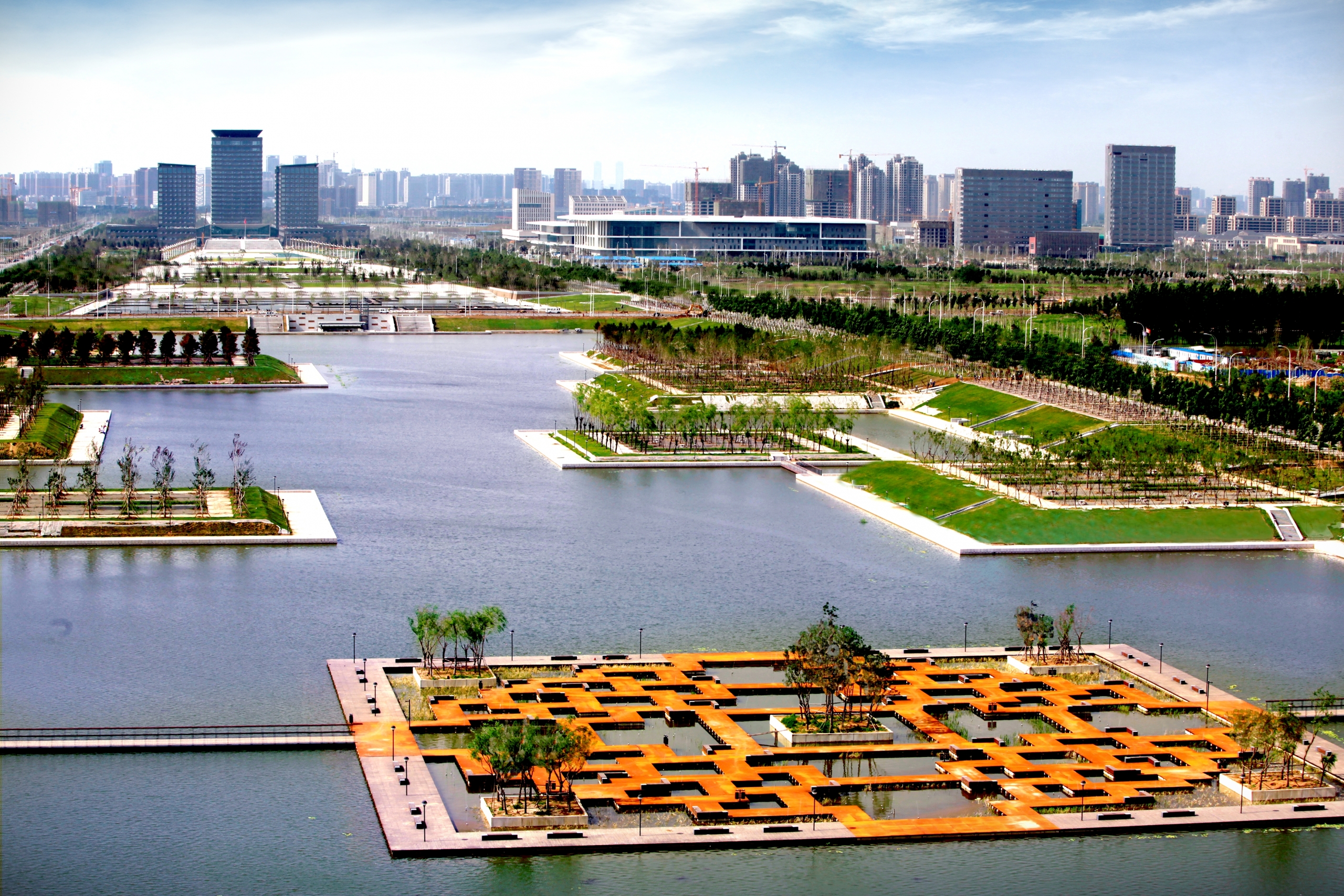 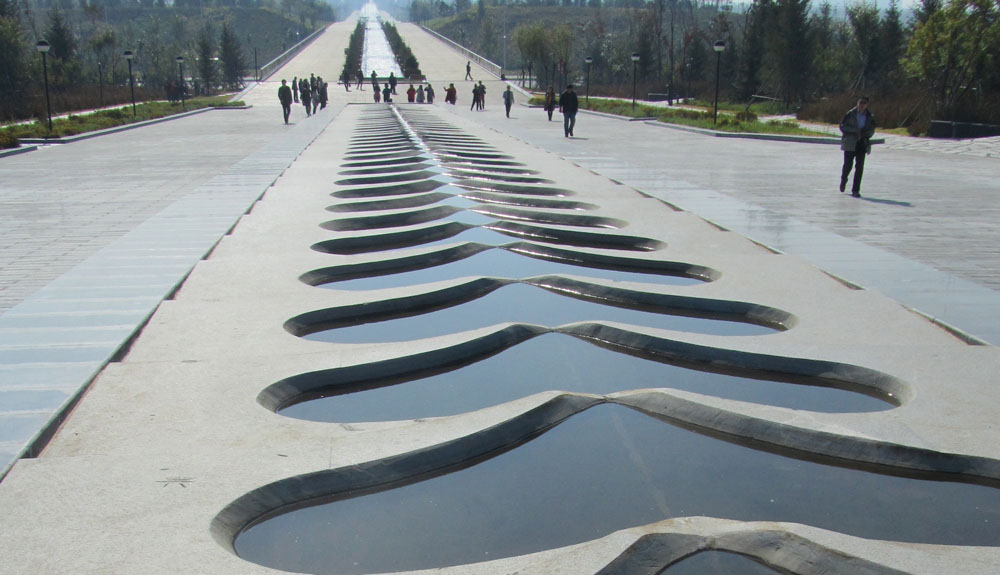 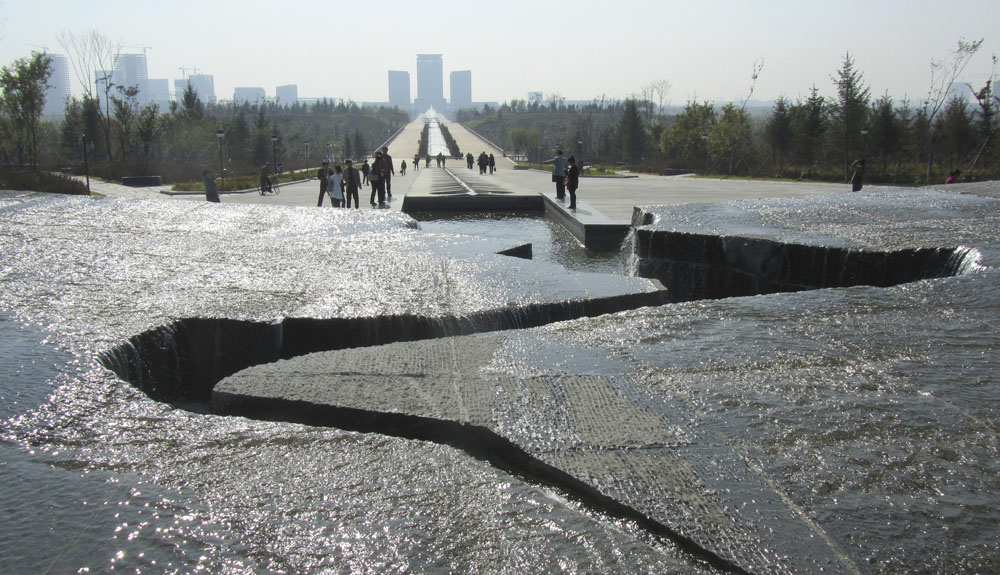 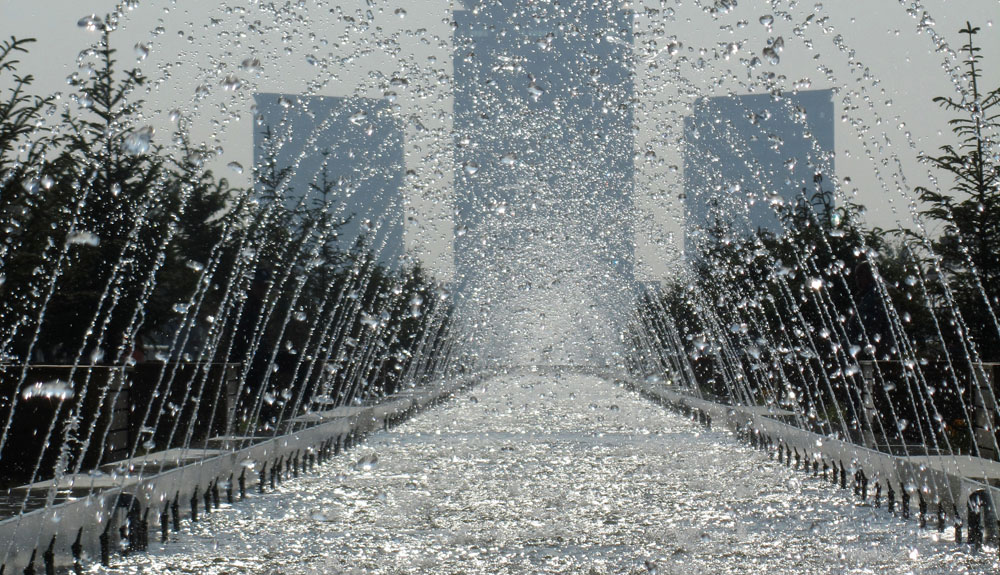 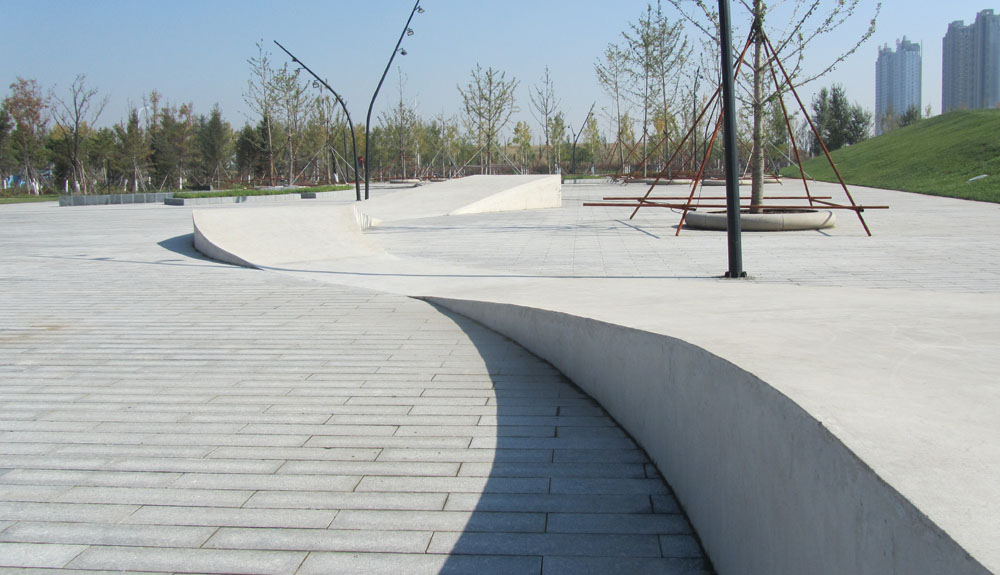 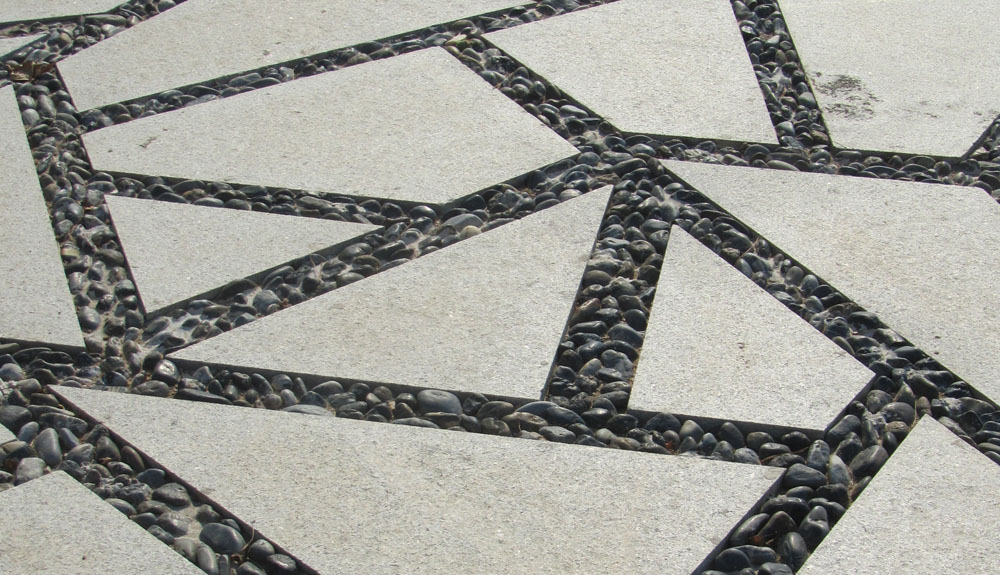 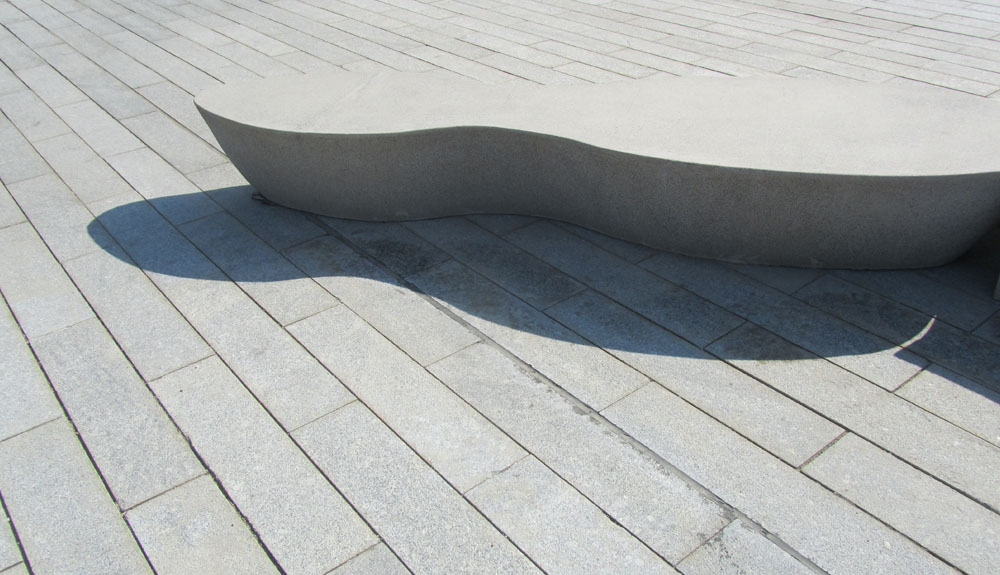 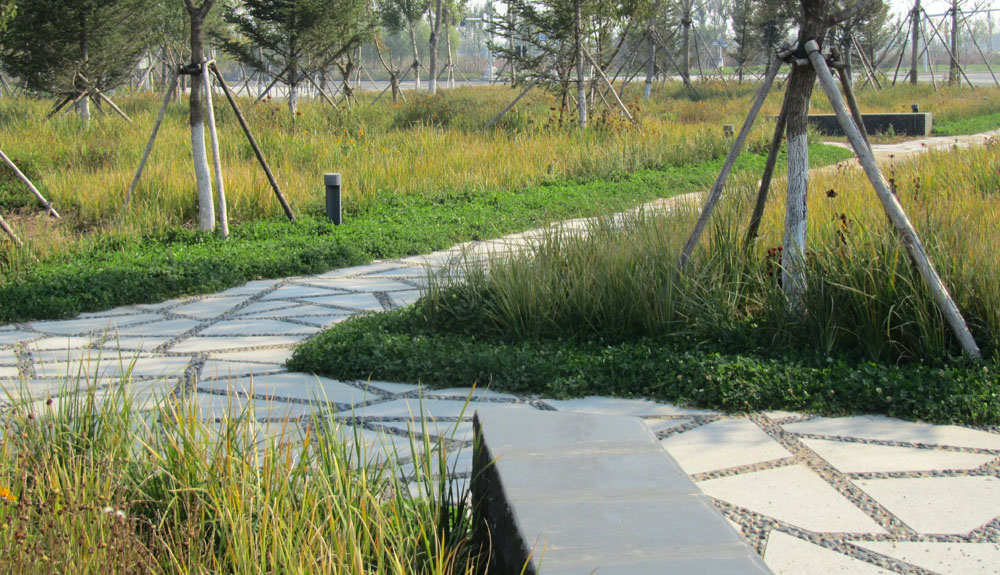 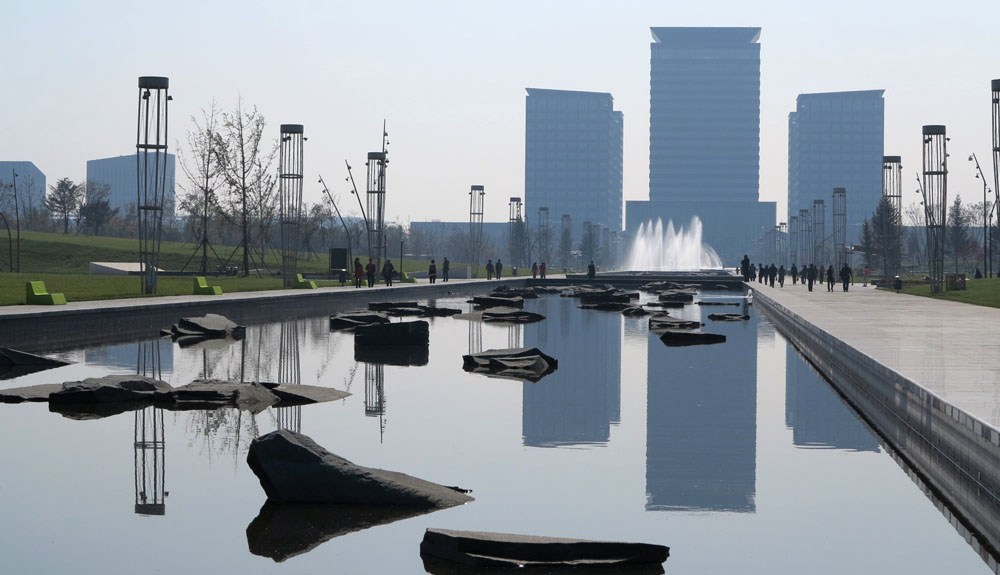 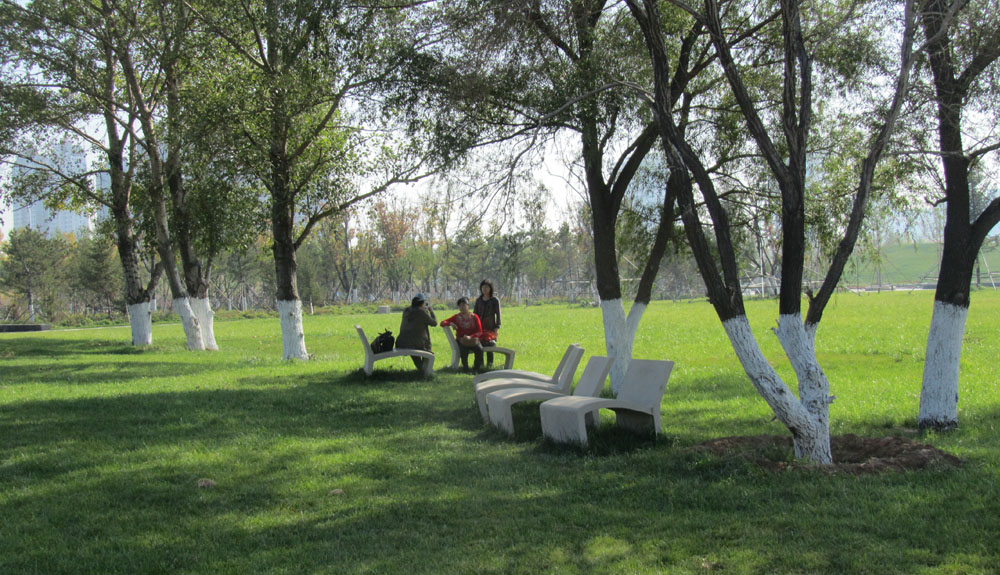 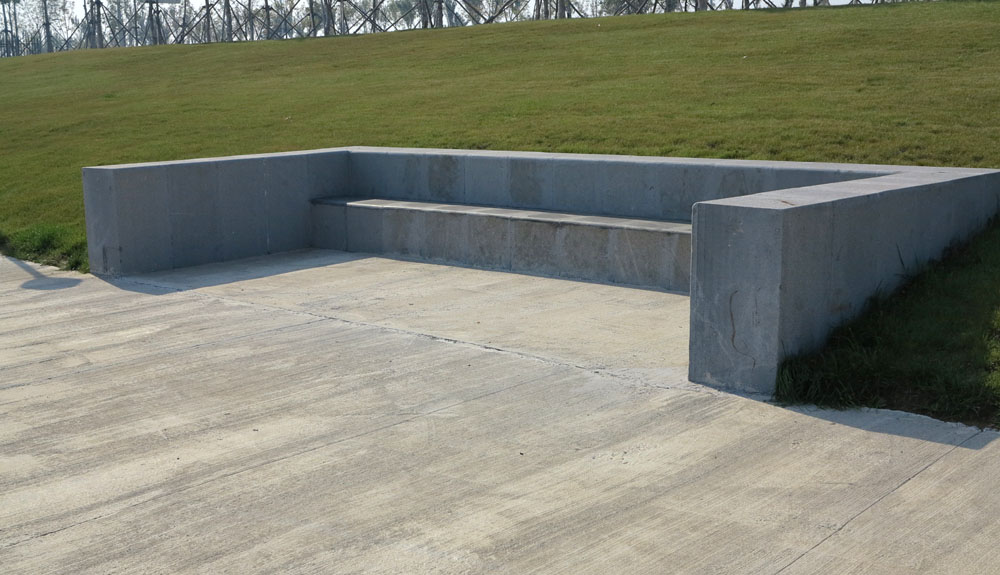 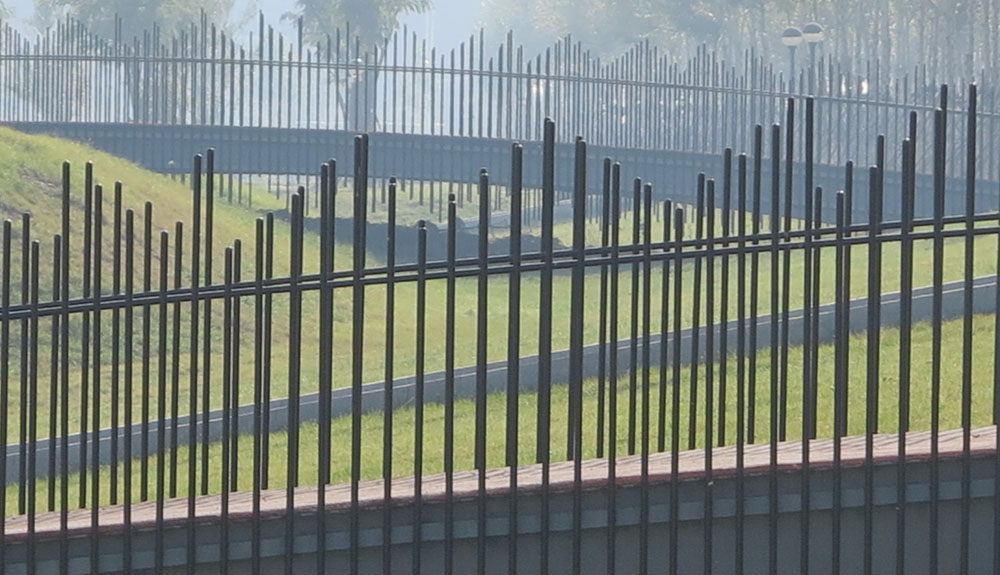