The Kota Tua is Jakarta’s old town located near the old Dutch harbor. It is centered around Fatahillah Square and stretches along the Kali Besar canal towards the Sanda Kalapa harbor in the north and the Chinese quarter to the south. It is an area of the city which is rich in history and dates back to the glory years, however the site has been neglected and is almost in disrepair and requires immediate attention.  The Wageningen University, together with Niek Roozen Landscape, was asked to investigate the area based on the green city principles and offer advice on how to bring life back into Kota Tua.  A full inventory was made of the neighbourhood, especially around Fatahillah Square and Kali Besar. The existing trees were evaluated and questions were raised as to why many trees are not thriving in this area of the city. A tree species list for Kota Tua was created to reflect existing plants used in other areas of Jakarta including the Bogor Botanical Garden.

Design principles were set up for the future redesign of the area to attract tourism, residents and workers. Illustrations in the form of colourful collages were created to show the benefits of a vegetated environment. This report was submitted to the Agricultural Office of the Embassy in December. These images were used in the Jakarta Old Town Reborn Exhibition and Festival in June 2014.

Client
Embassy of the Kingdom of the Netherlands, Jakarta (Agricultural Office) 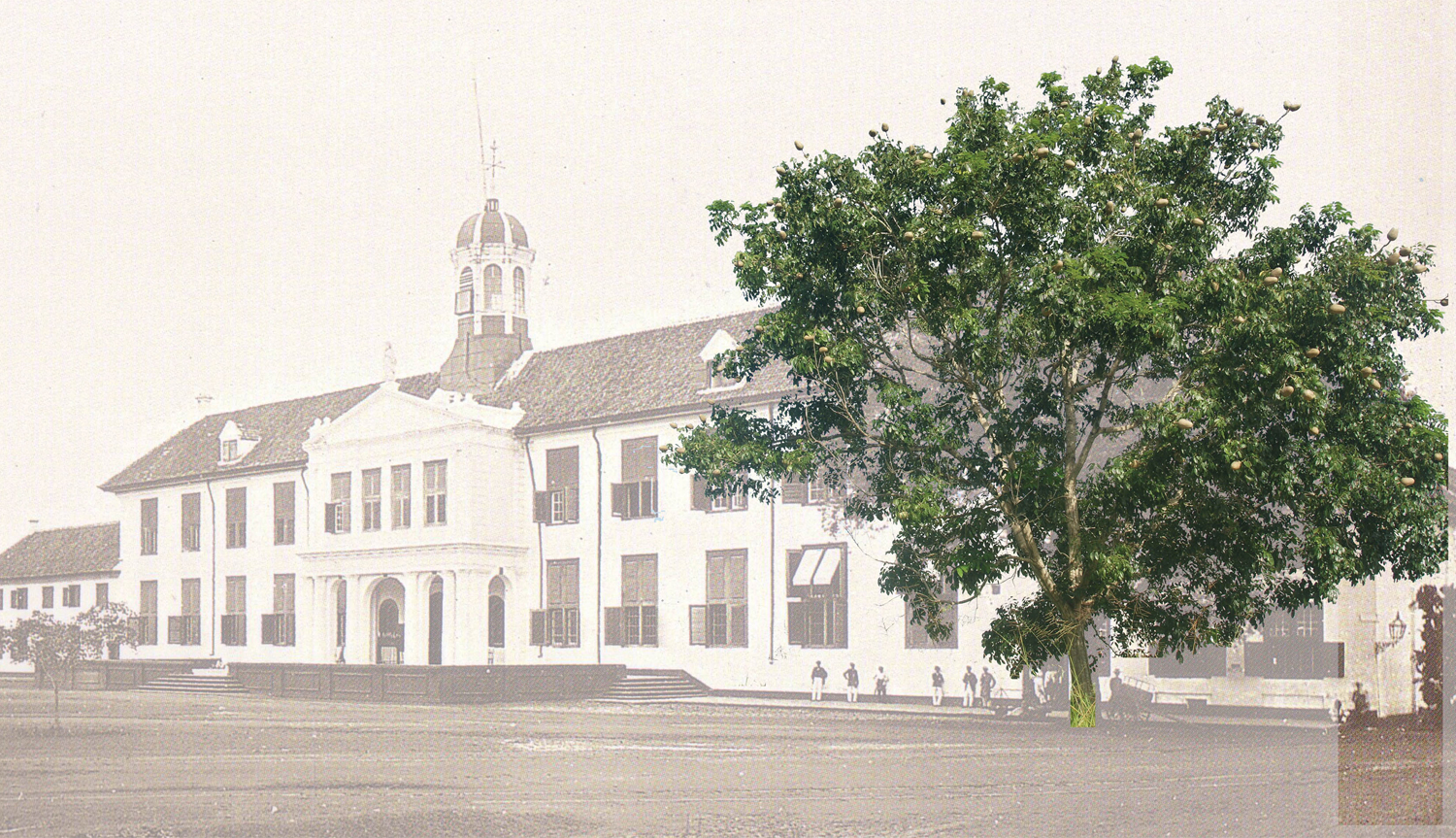 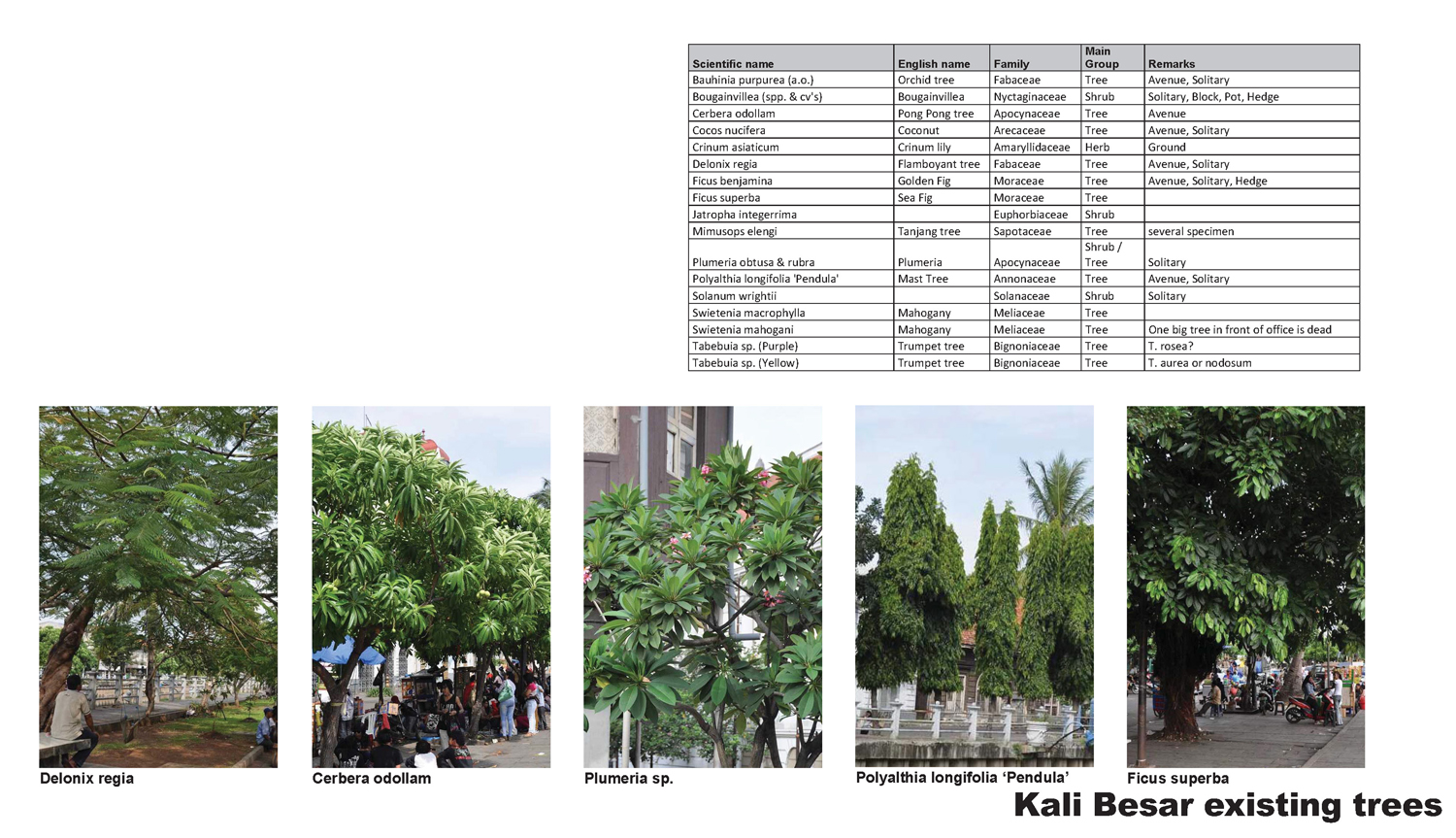 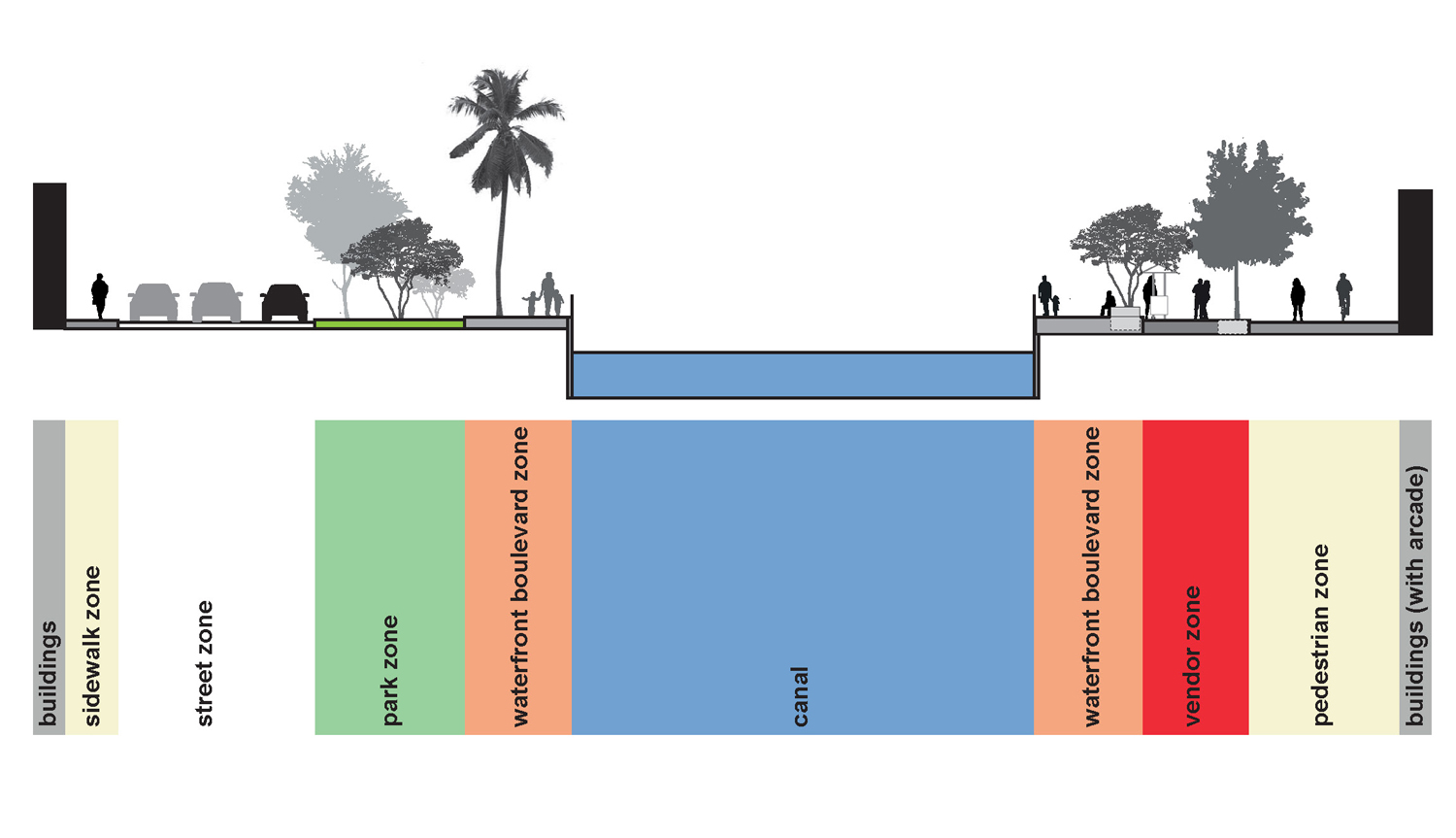