Bureau Niek Roozen was asked to create a total concept and design for the Golden Axis, a 7km long city street in Shenyang, which required a clear landscape identity to define the road as it passed through various cities.

The most important business and government institutions have located themselves along the Golden Axis and the street symbolizes the development and prosperity of the city. It begins in the north of the city at Beiling Park with the tomb of the second Qing emperor. It runs through the entire city and ends in the network of streets on the south bank of the Hun River.

Shenyang’s city mayors have set up an ambitious plan to redevelop key areas along the axis and renew the public spaces along the streetscape. The Golden Axis will become one of the highlights of the city.

After studying the entire axis, a concept was set up where the tree structure plays the leading role in defining the identity of the street. The axis is designed around a lane of Gingko and Sophora trees which turn golden yellow in the autumn, in honor of the axis’s name. Where the street widens or plazas occur, pine trees are used as a contrast. The street furniture has been custom designed by Atelier Loos van Vliet which adds to the unique character and identity of the Golden Axis.

The northernmost kilometer of the street near Beiling Park has been designed in detail as phase one for the entire street. Design guidelines for the paving, planting and street furniture were then created to guide the future phases of the project. The paving design uses two colors of natural stone and the planting plan and trees accentuate the colors and patterns of the paving. The conscious choice of Gingko biloba and Sophora japonica trees together with the evergreen Pinus tabulaeformis differentiates the Golden Axis from other streets in the city.

The street furniture plays a key role in the design of the streetscape. The design is based on the Chinese tradition of paper cutting, a popular tradition in Shenyang. The benches, tree grates, planters, trash bins, fencing and lighting feature a perforated pattern in steel reflecting stories of the surrounding areas. The steel surface is then coated in brass to create a golden appearance. In some areas along the street the furniture can fold out into larger sitting areas for bigger groups of people. 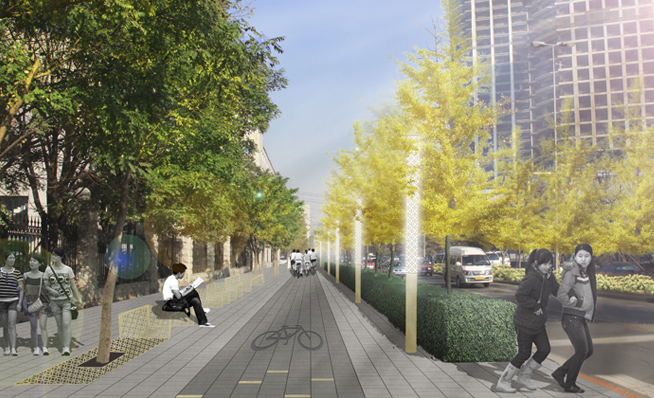 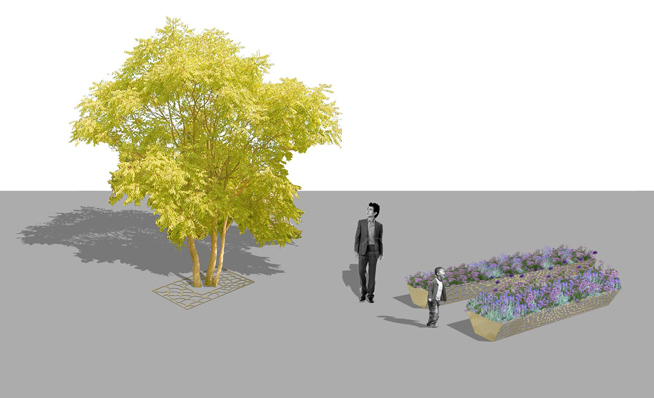 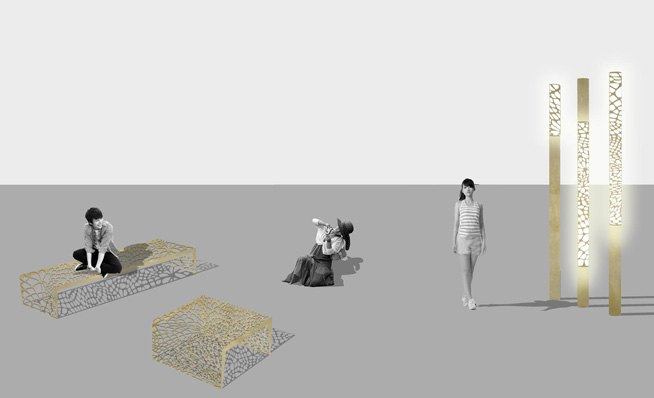 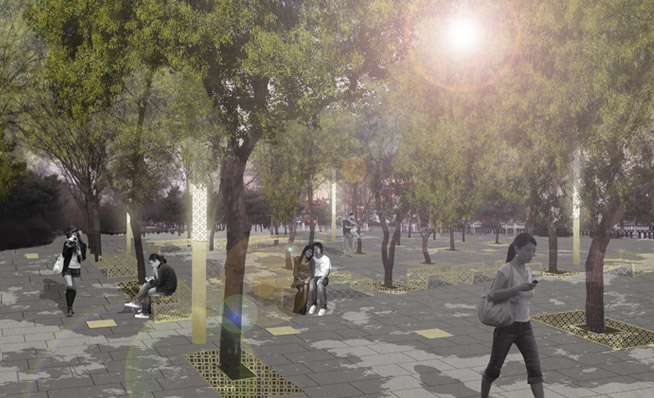 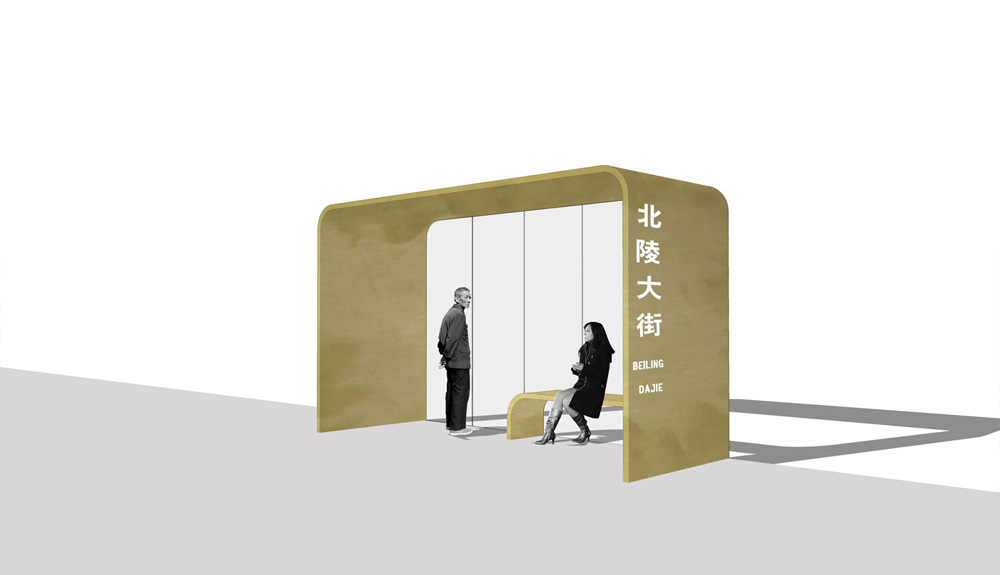 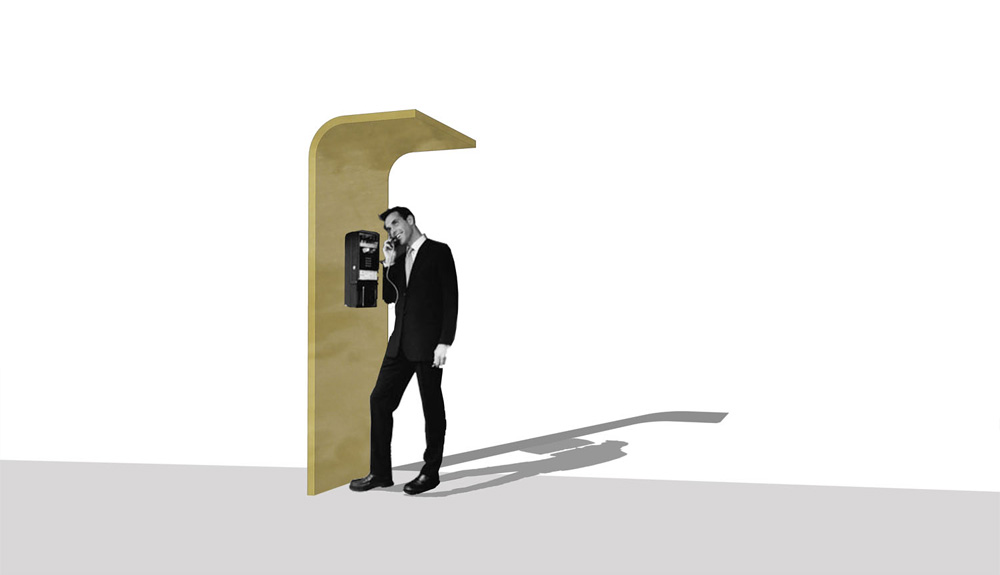 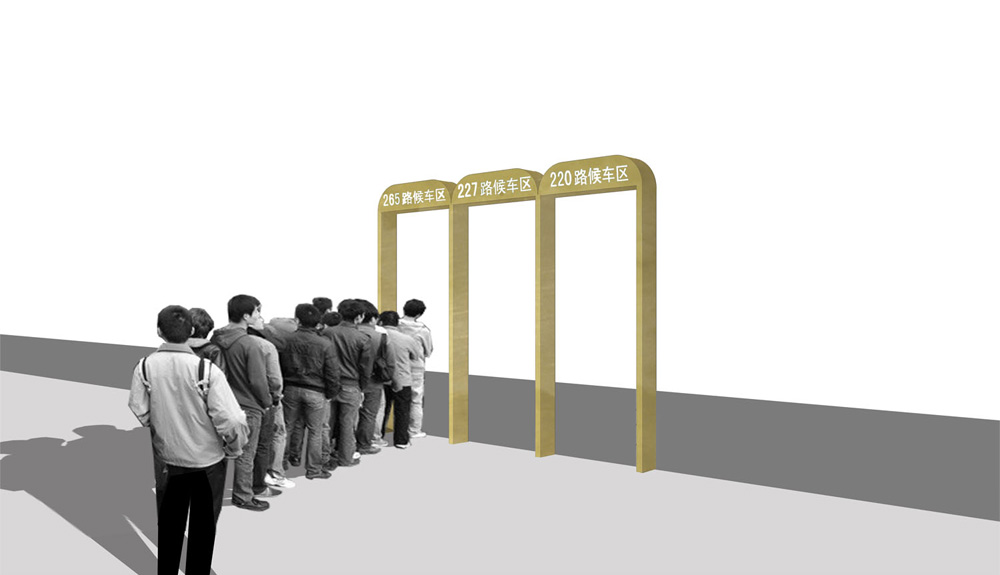 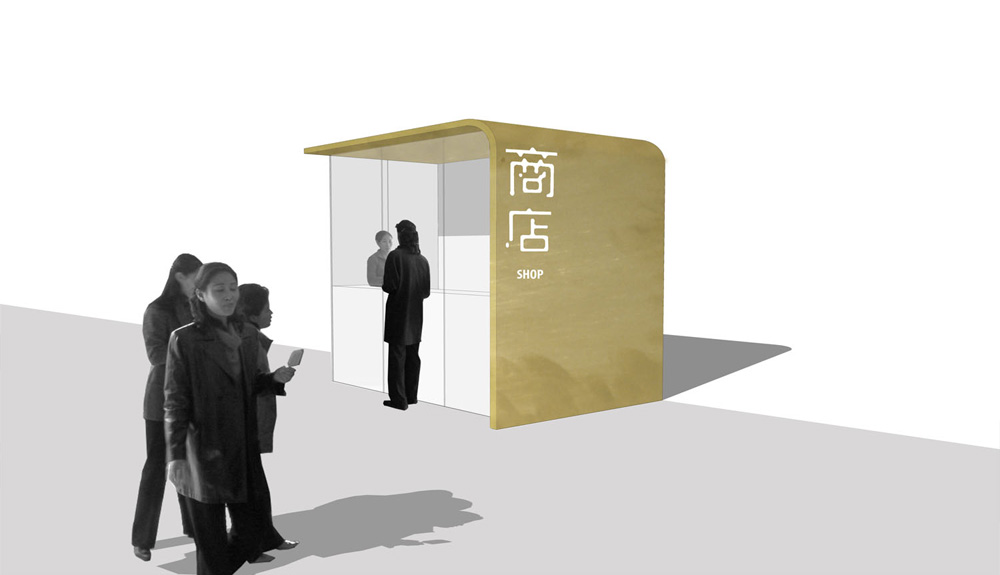 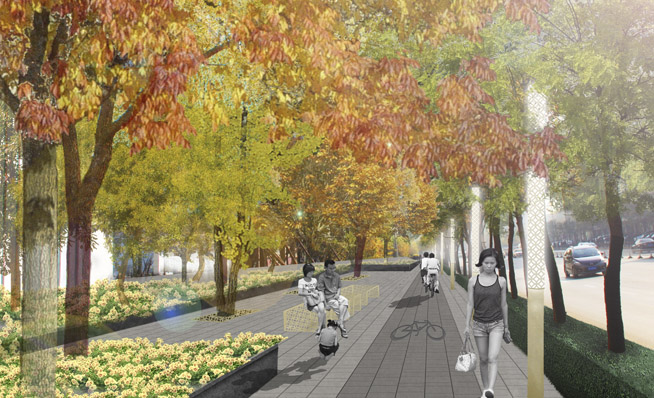 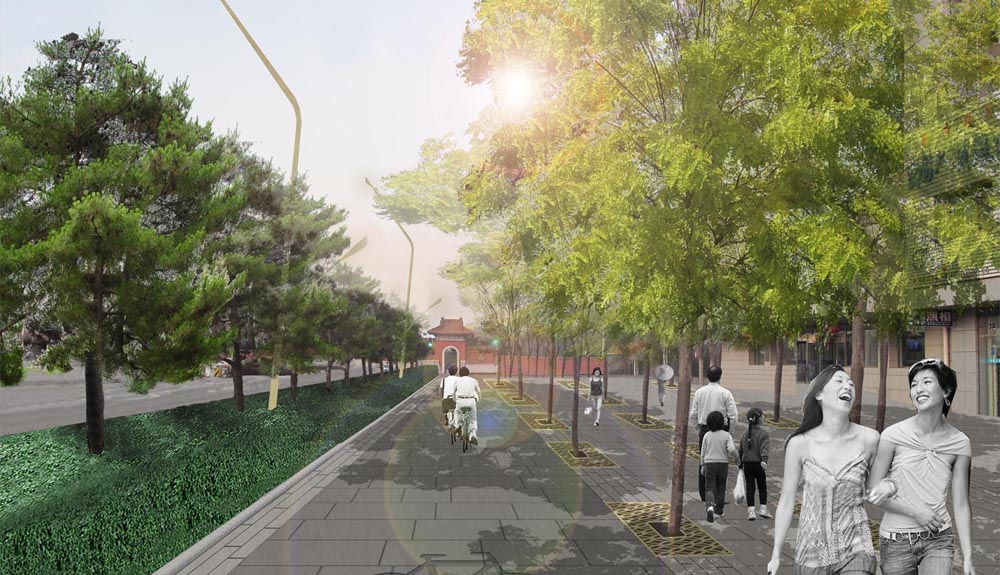 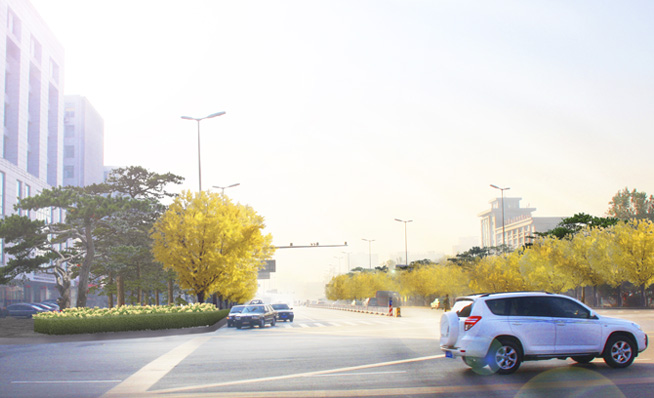