Niek Roozen designed with his office the master plan of the world horticultural exhibition Floriade, which was held in 2002 in the municipality of Haarlemmermeer. The area of the Floriade is approximately 50 ha large and is located near the village of Vijfhuizen, between Hoofddorp and Haarlem. The park was used in during the exhibition period by the exhibitors.

The master plan is traversed by two linear elements: the Geniedijk and the N205 provincial road. The site is therefore divided into three areas. Each area has its own recognizability due to a specific element and characteristic design style. “The Hill” (“Big Spotters Hill”), “The Roof” and “The Lake” were the eye-catchers for which the areas were named.

The newly designed, northern sub-areas “Near the Roof” and “By the Hill” are geometrically designed, inspired by the linearity of the Haarlemmermeerpolder.

The southern part “”Alongside the Lake “, was a 30-year-old poplar forest and has been transformed into an organically designed part of the park, with flowing, curved lines, based on the differences in height, vegetation and main paths.

Entrance North was situated here, together with the parking area for passenger cars and a bicycle parking. A central corridor, the bus station and the bicycle parking lead to the entrance square with information desks, meeting points and (ticket) shops.

From the square the visitor had a view over an elongated valley, with a water stream. Half of the valley was covered by a roof with solar cells, measuring 100 by 280 meters. A stream of water emerged under the roof that led to a large pond, which formed the heart of the valley. The roof offered shelter for changing flower exhibitions and (country) submissions. Connected to the Roof was the Greenhouse of the Future and entries with the theme Food.

This area consists of a structure of square islands of 60 x 60 meters, with naturally planted banks. The island is intersected by a curved Promenade. Various presentations and submissions were shown on the islands. Four of these eleven islands together formed “the Green City”. The Green City created an image of the future of the interaction between living and green. On the culture island, the water island, the forest and the meadow island, a large number of exhibitors, including many gardeners, showed their view of a future living environment.

The landmark Big Spotters Hill is a striking viewing hill.  “The Hill” forms a link between the contemporary designed northern part and the romantically designed southern part “Alongside the Lake”. Big Spotters Hill is a pyramid of grass, with a base of 230 x 230 meters and a height of approximately 35 meters. The Floriade pavilion with the name ‘Feel the Art of Nature’ was located on the hill. The roof was a viewing platform (22 x 22 meters) that was crowned by ‘the Space Temple’, a large spatial artwork by Auke de Vries.

The basis of “On the Lake” is formed by an almost 50-year-old forest, situated around a large pond. This mature environment with height differences offered shelter and formed a beautiful green background for, among other things, the Flower Valley and many international gardens. On the east side the other part of the Flower area was situated, with entries such as the Emotion Gardens, the Rose Garden, the Special Bulb Valley, the Water Lily Pond and the ‘The Rhythm of the Day’ plant entry. Adjacent the Natural Areas were located, with entries such as Biotopia, National Forest management and ‘Bee at Home’. On the west side of the water, close to entrance South, was the beautiful pavilion of the municipality of Haarlemmermeer, adjacent to a large number of European country submissions.

Asian entries were in the southernmost part, such as Japan, Indonesia, Malaysia, Thailand, Pakistan and India.

The two headlands in the 25 meter deep lake were connected by a raft bridge with a length of approximately 190 meters. 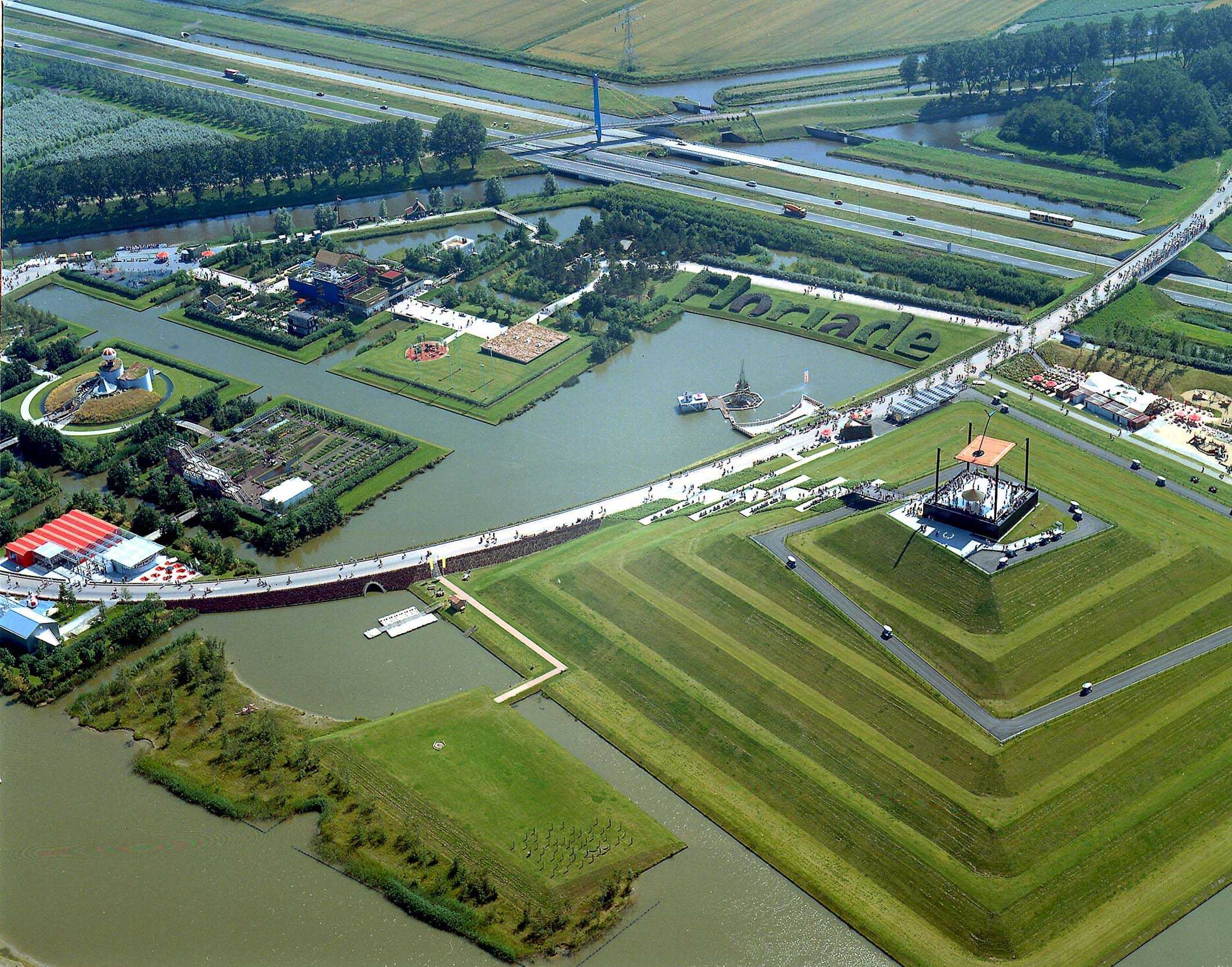 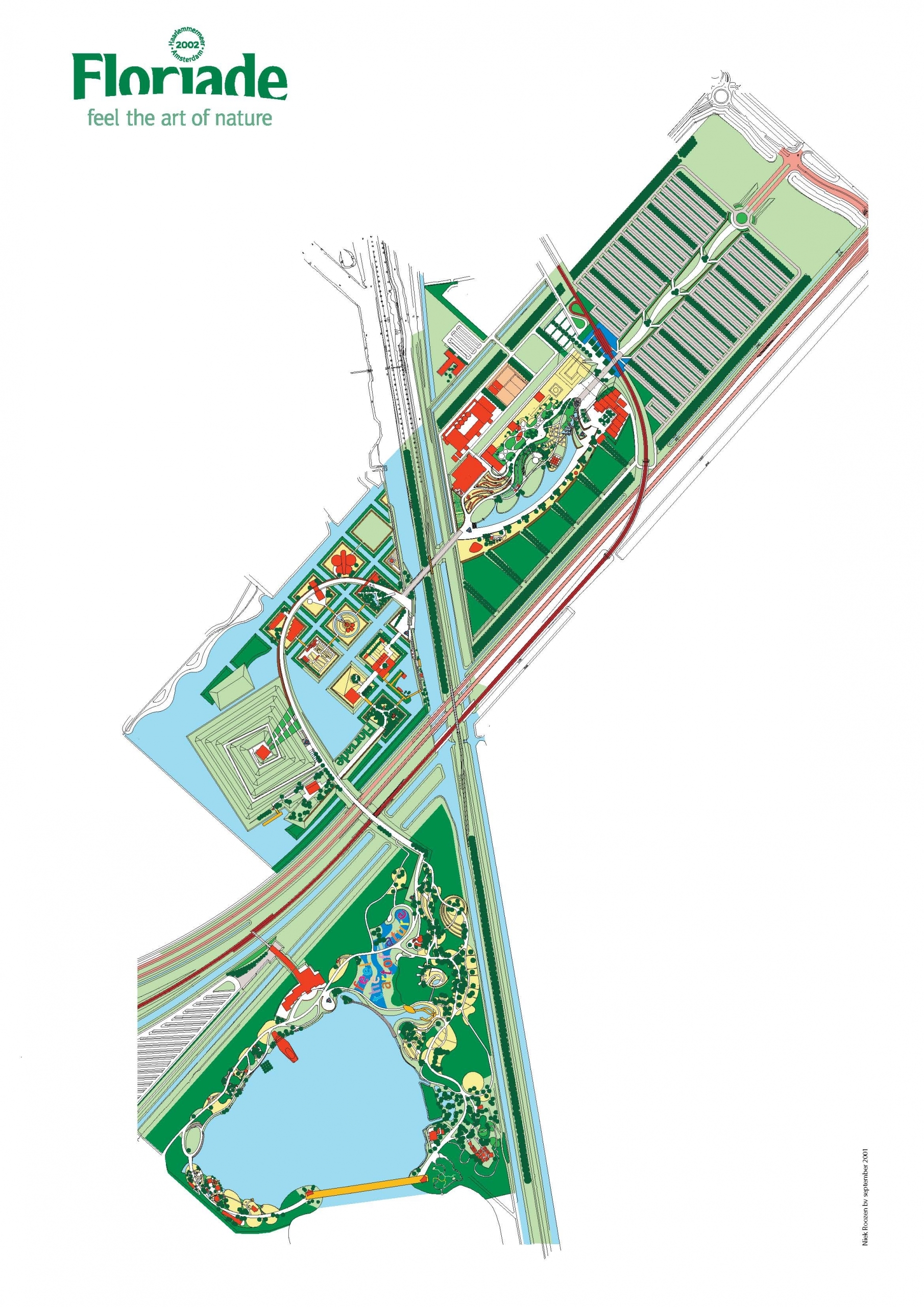 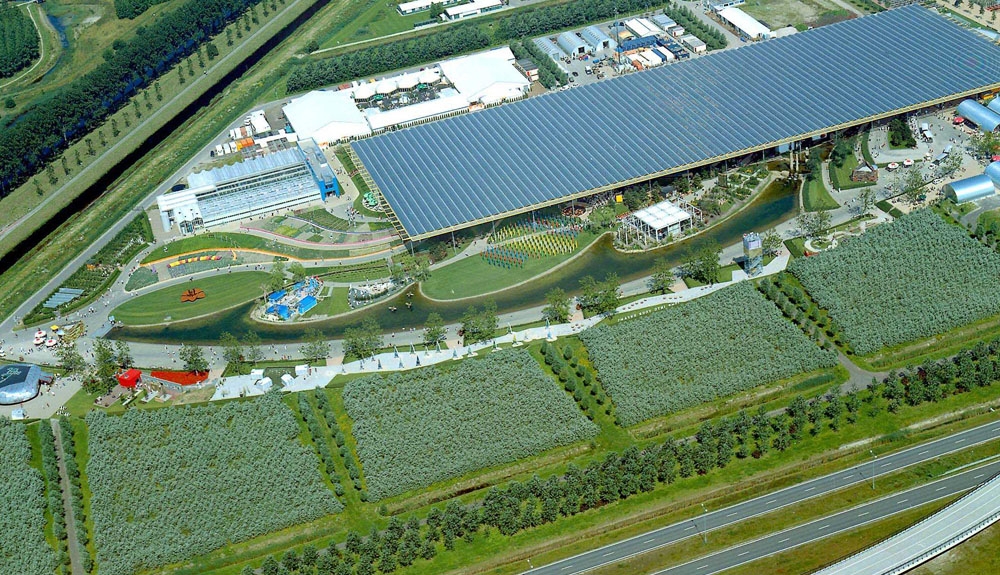 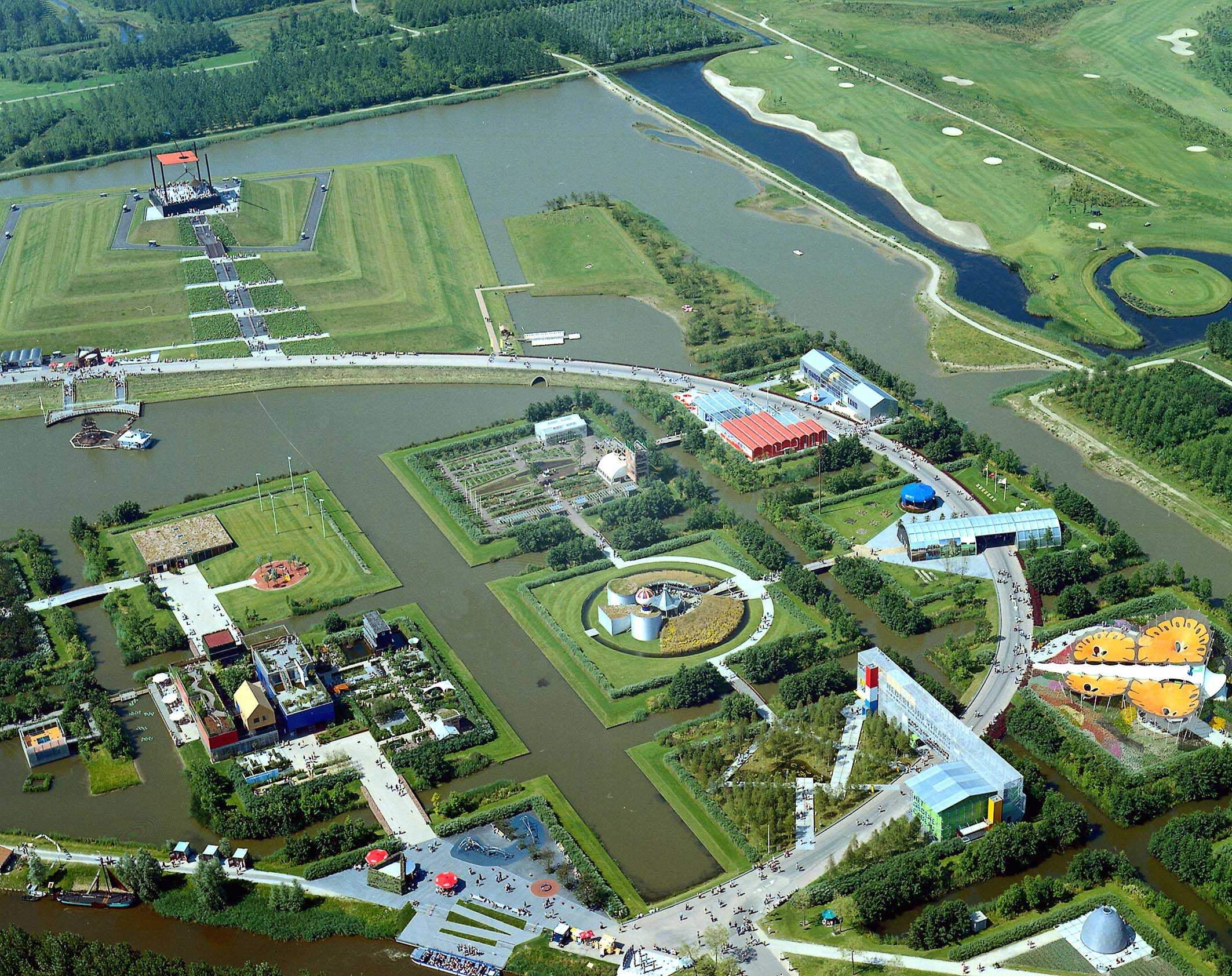 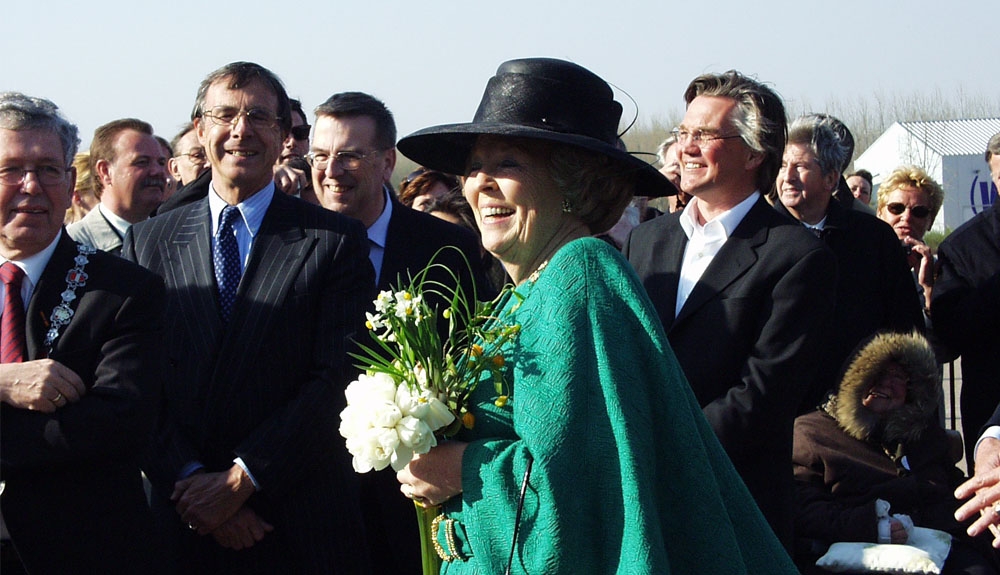 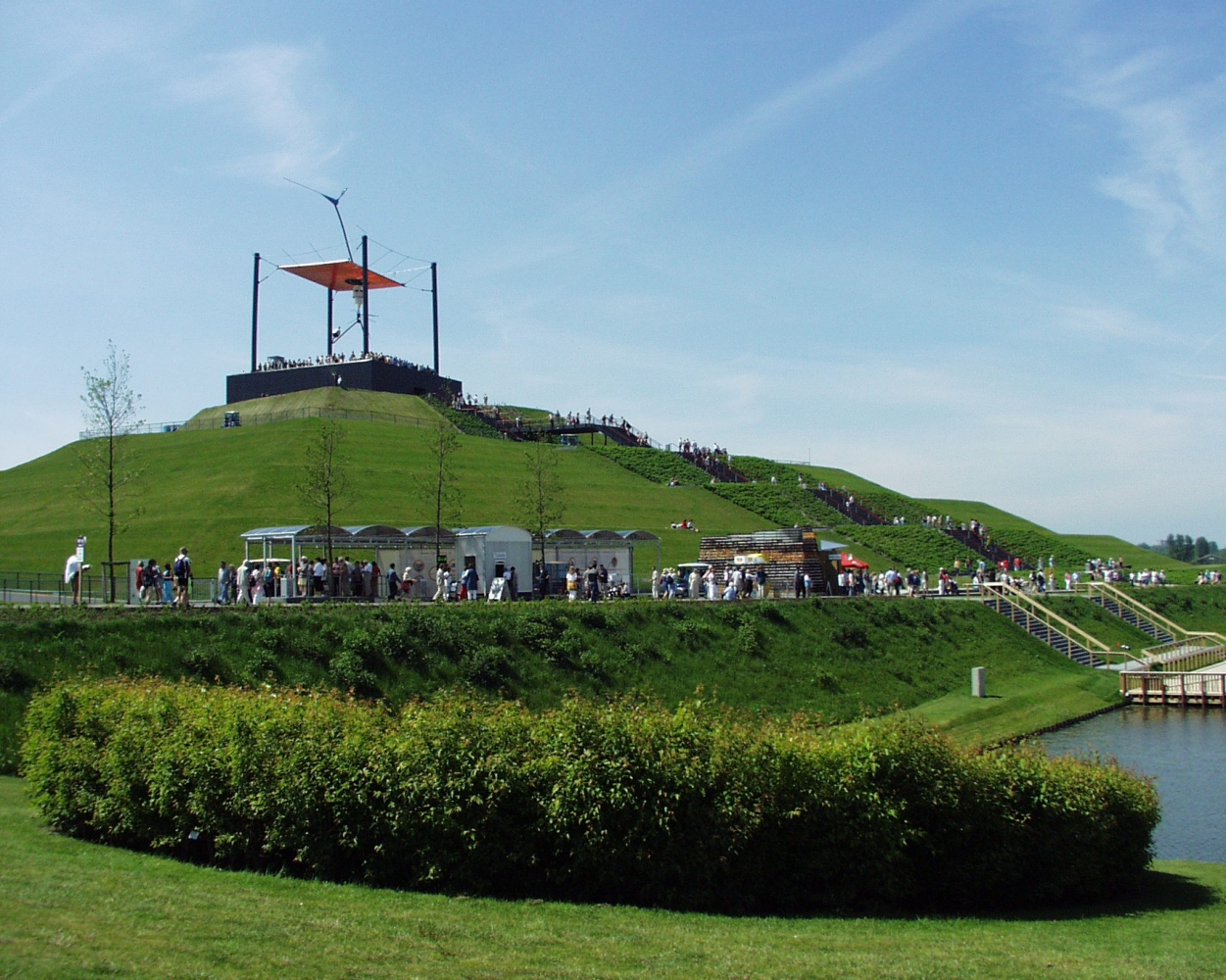 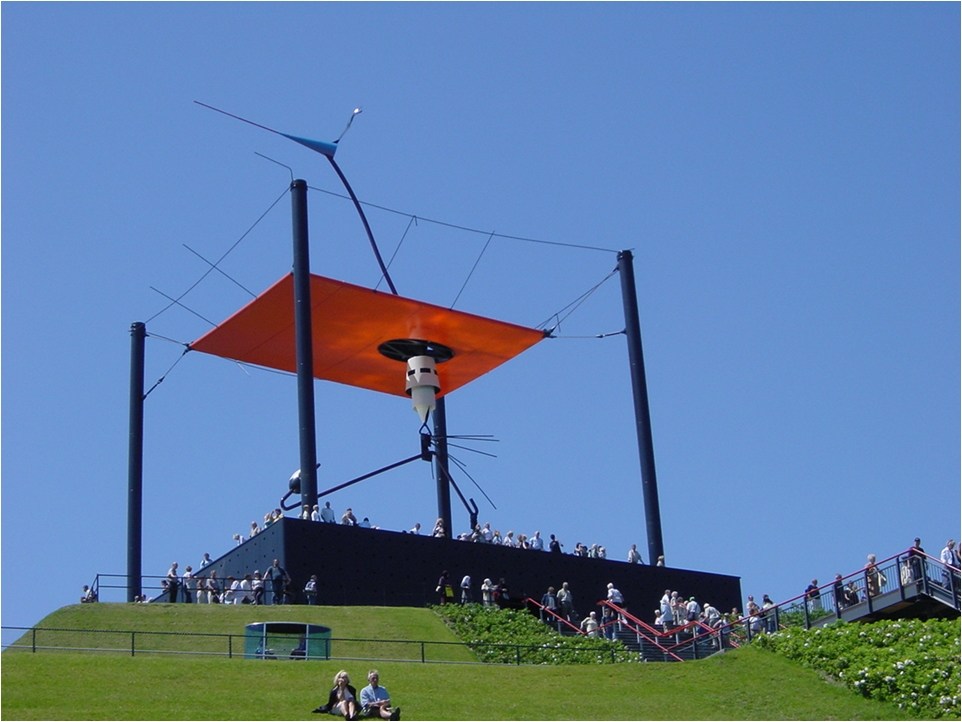 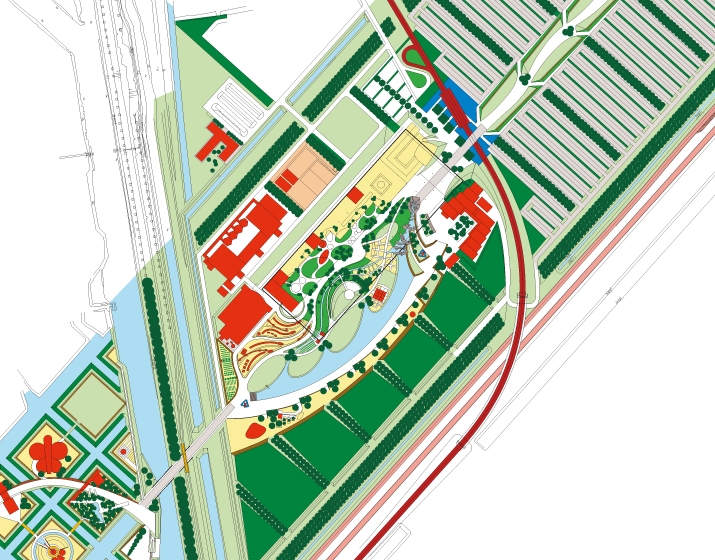 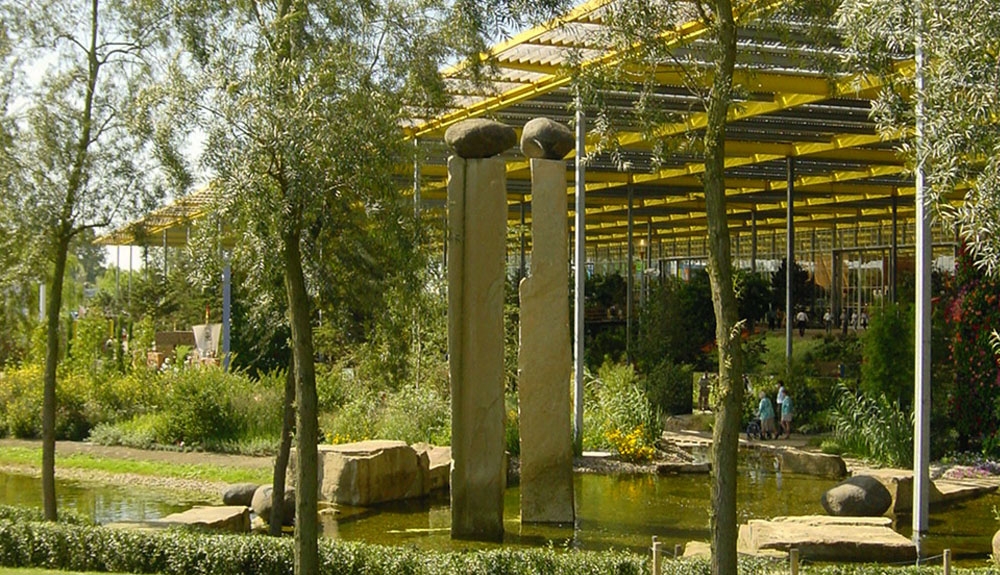 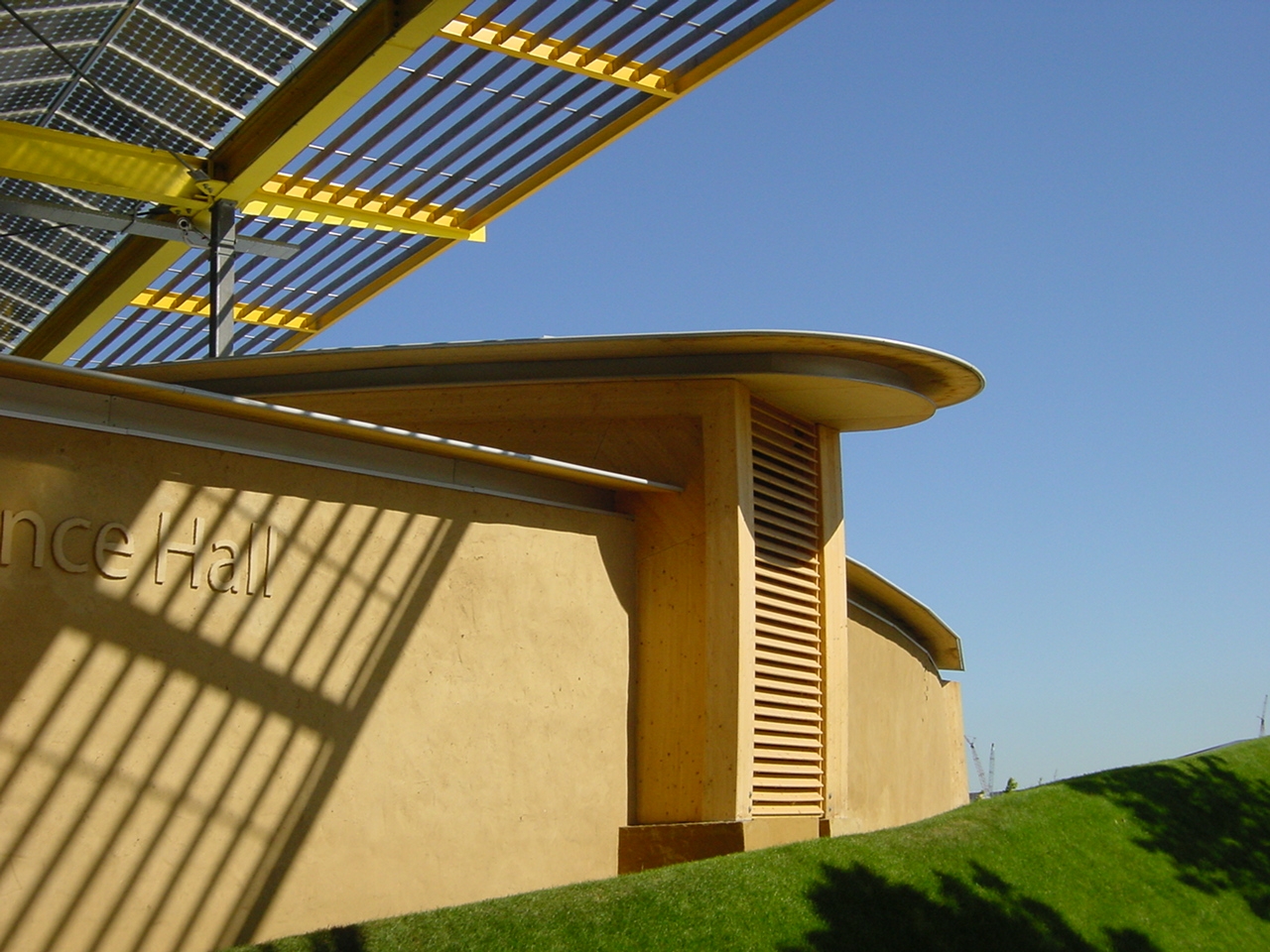 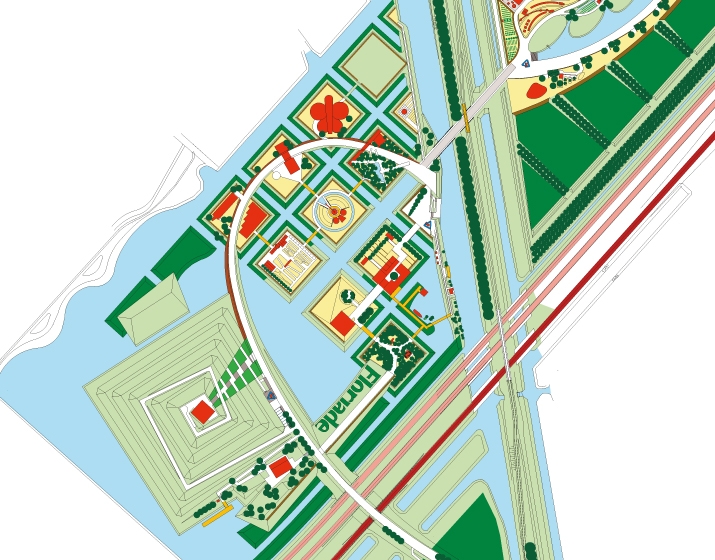 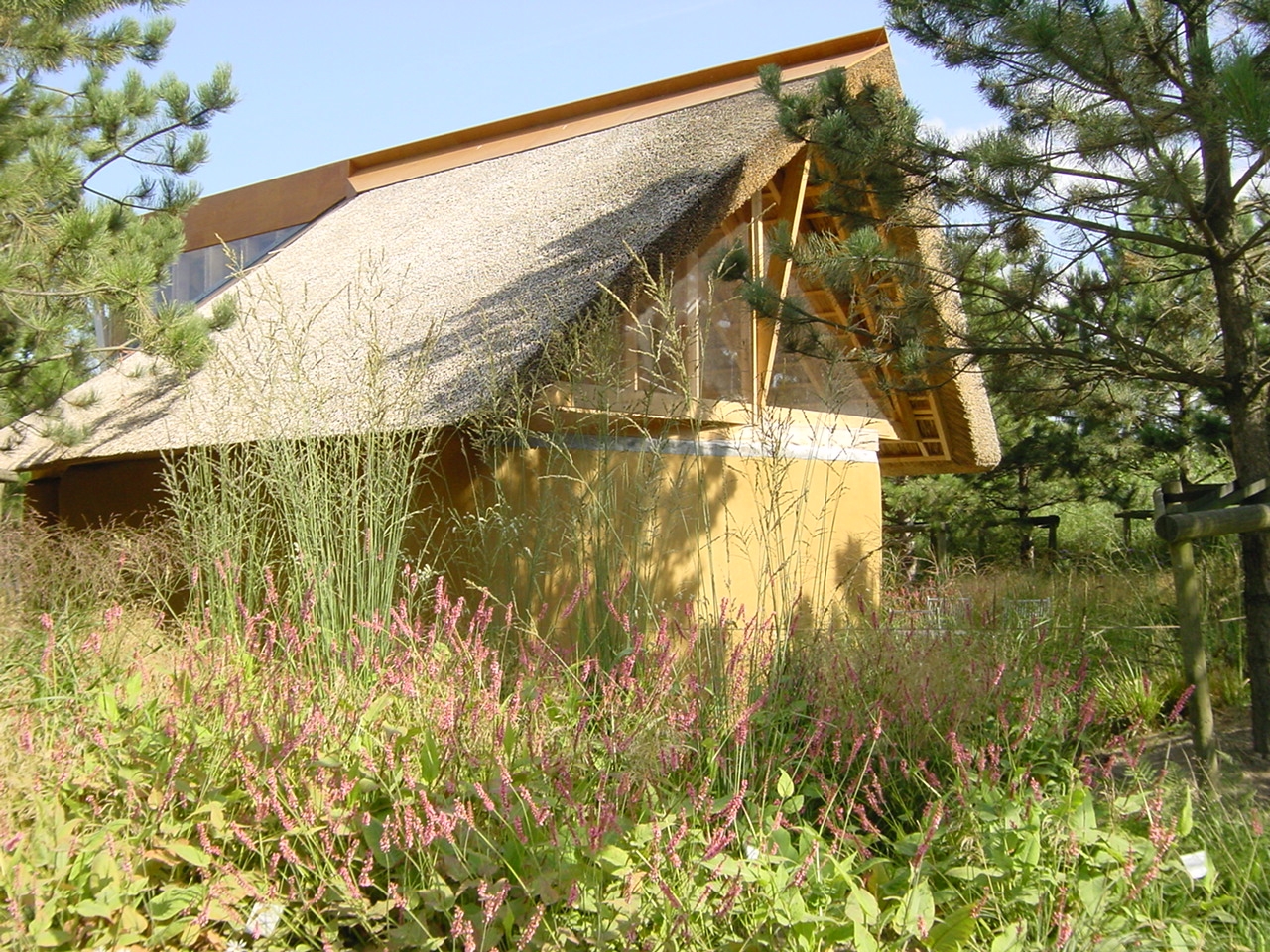 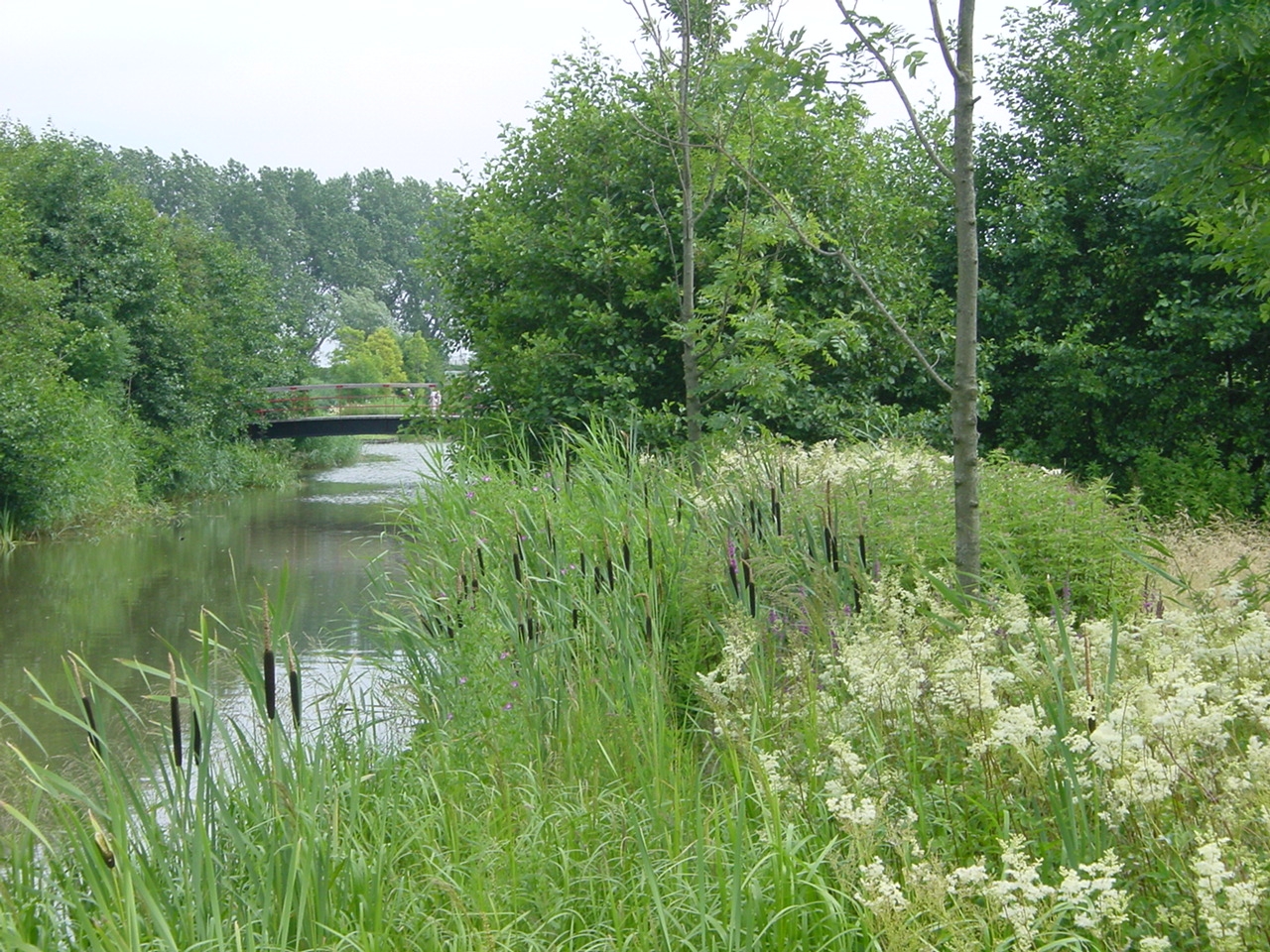 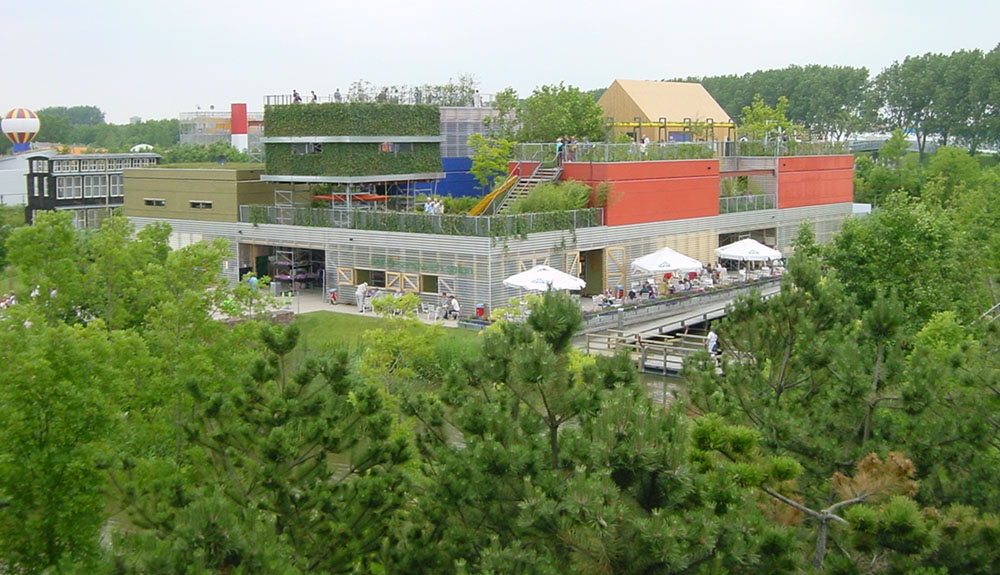 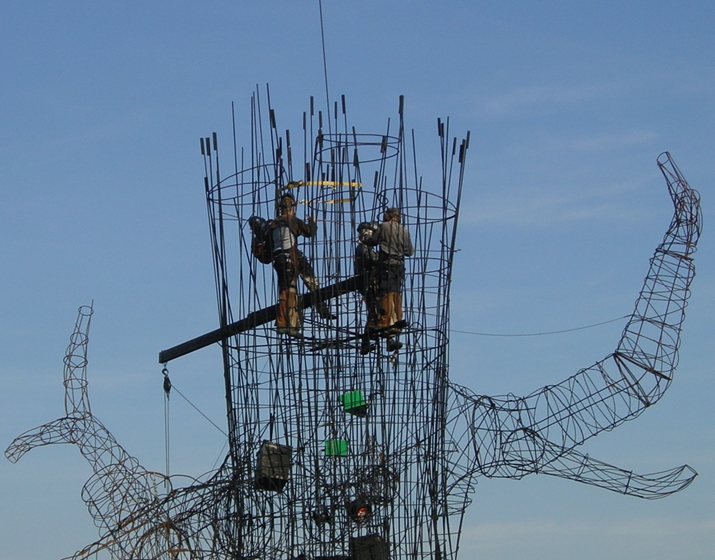 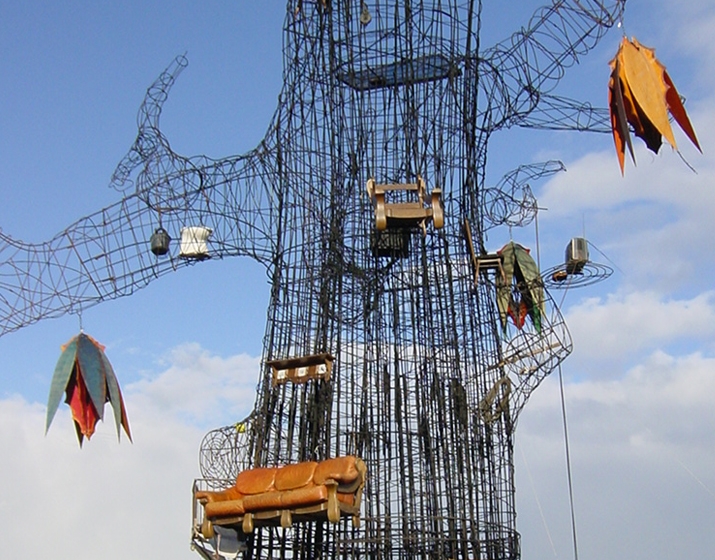 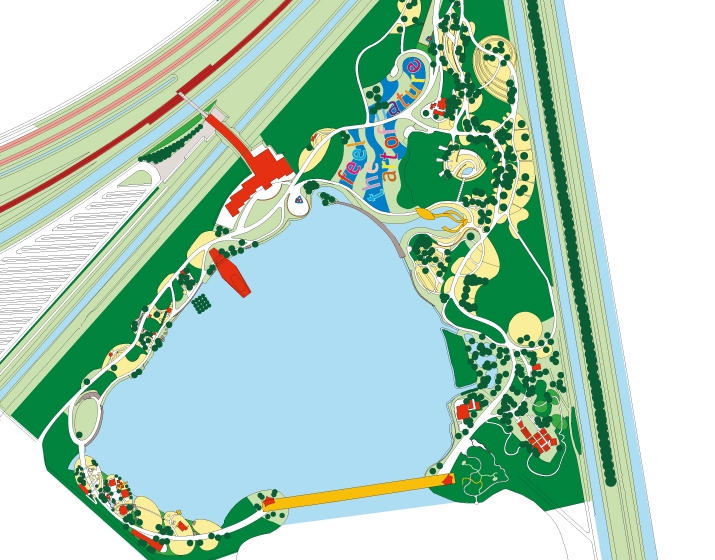 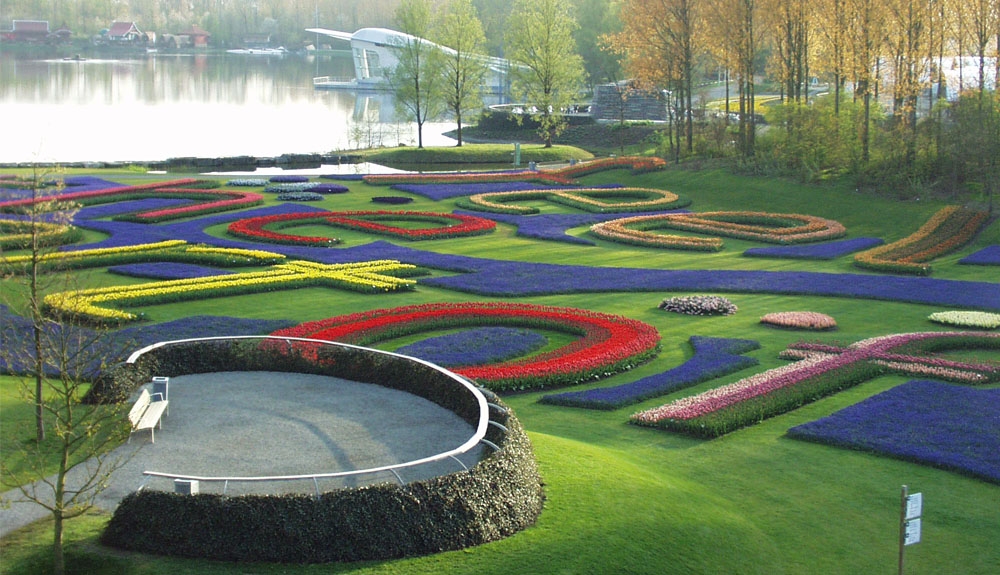 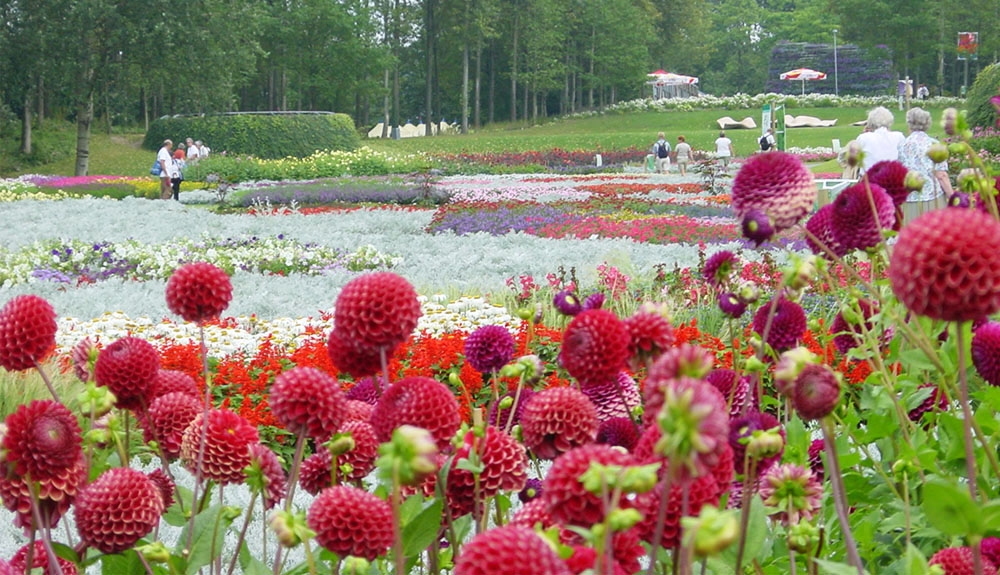 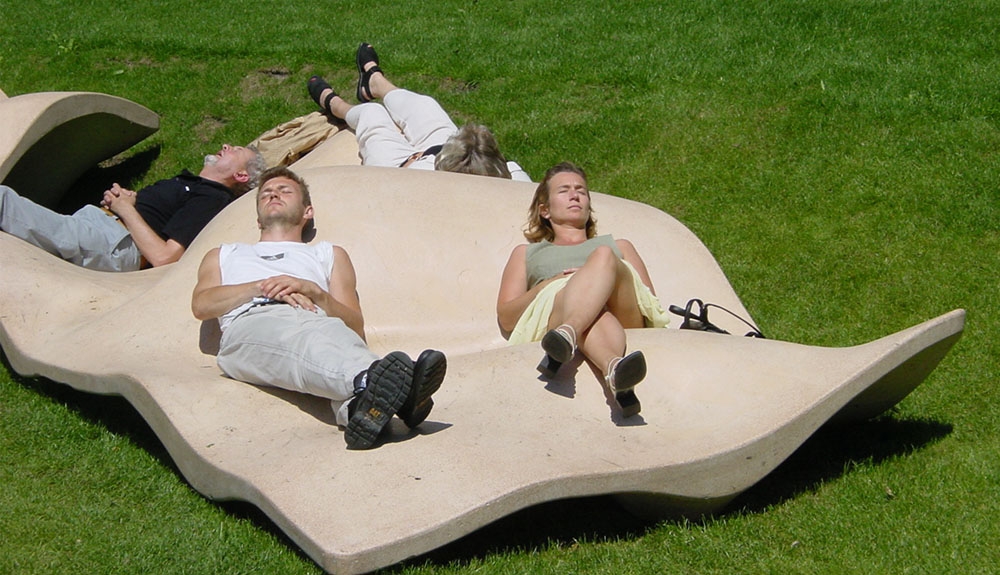 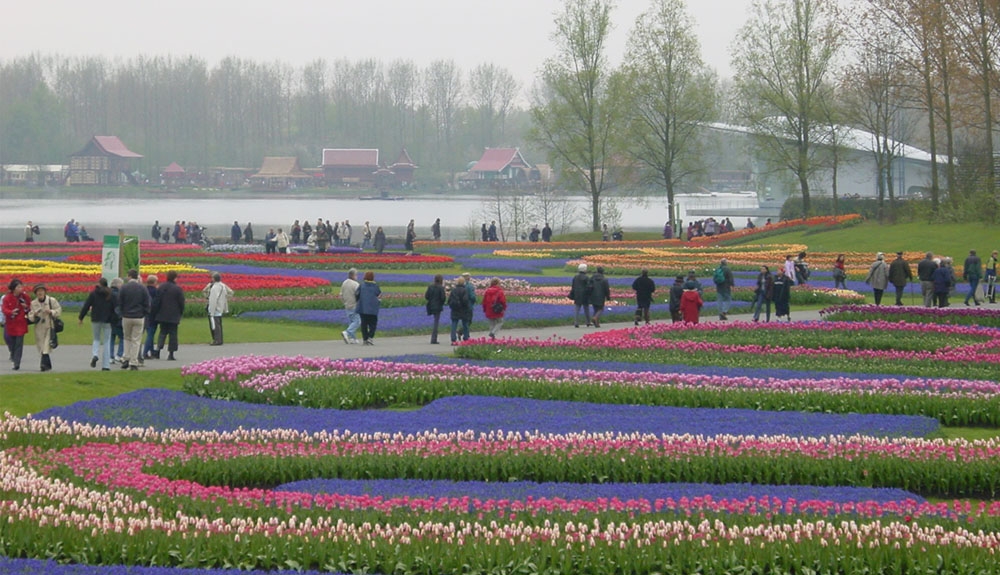 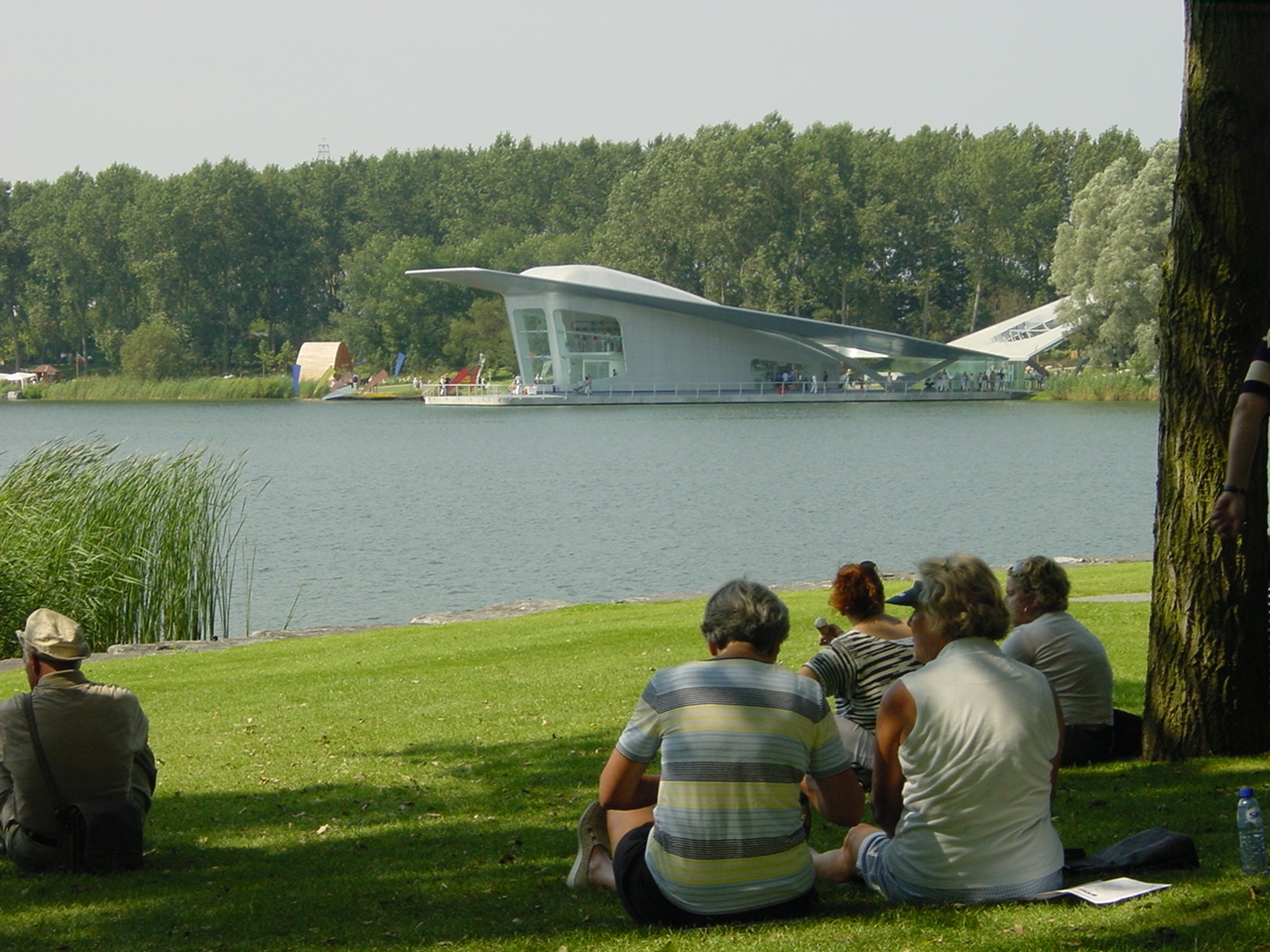 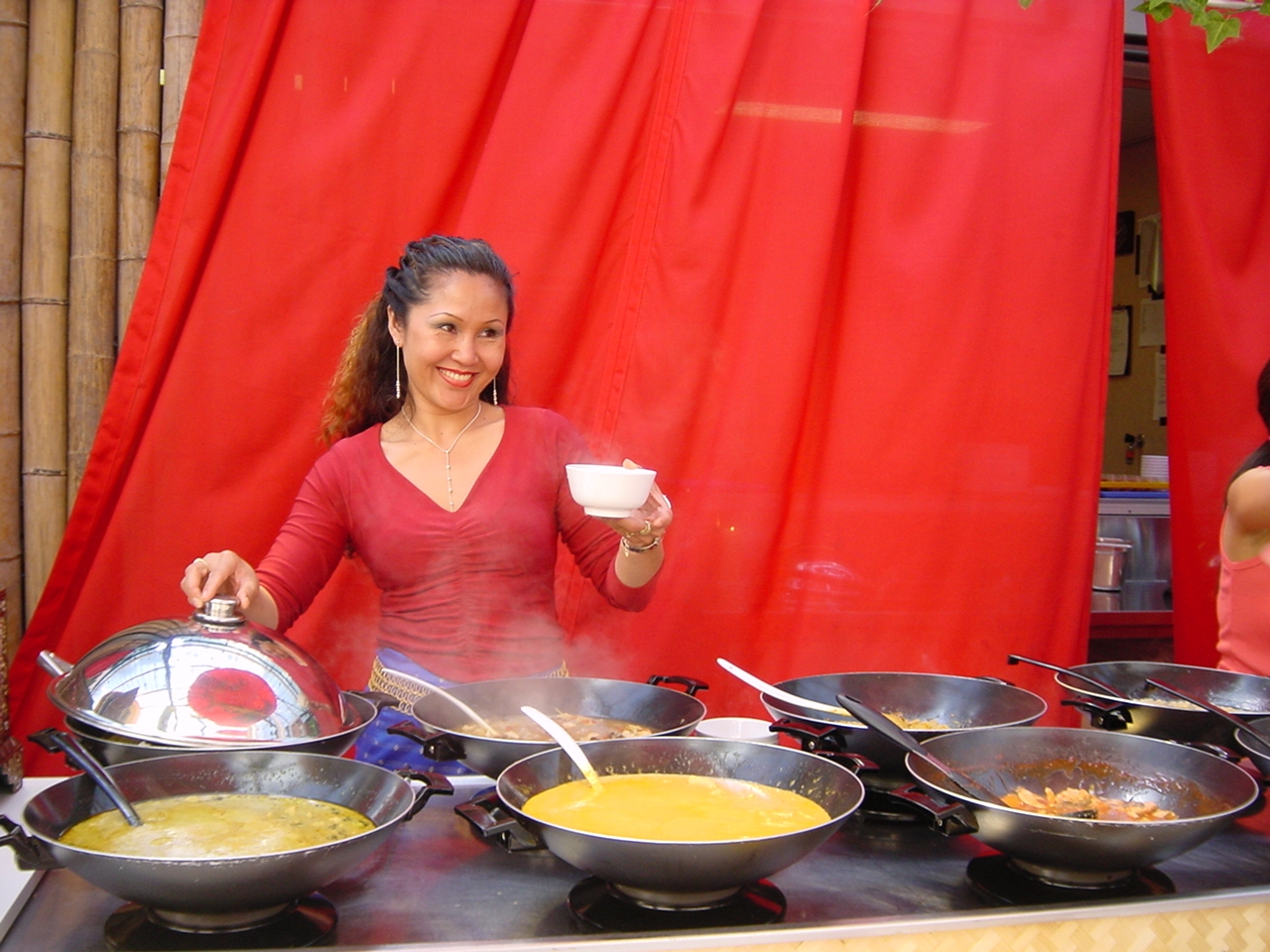 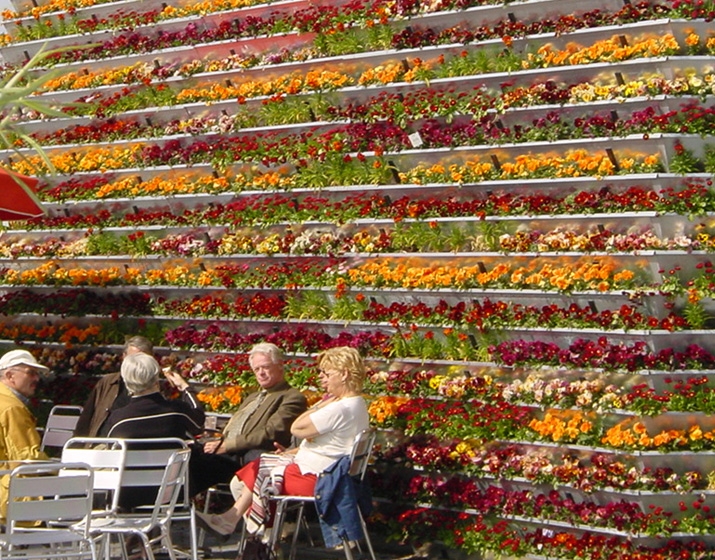 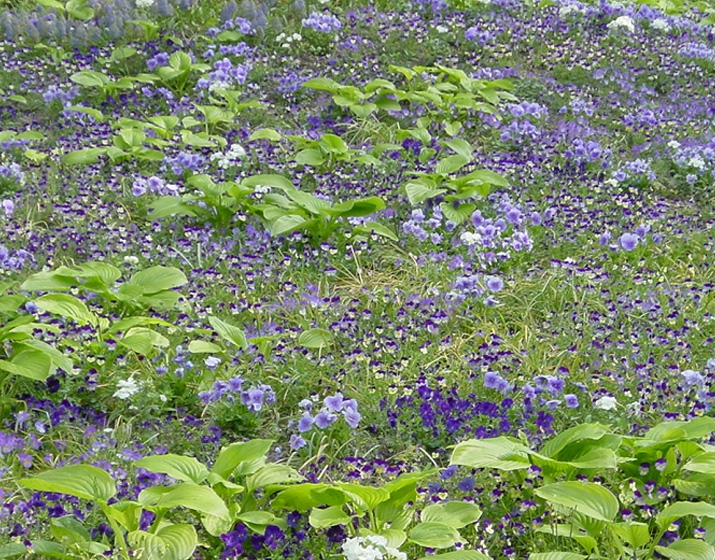 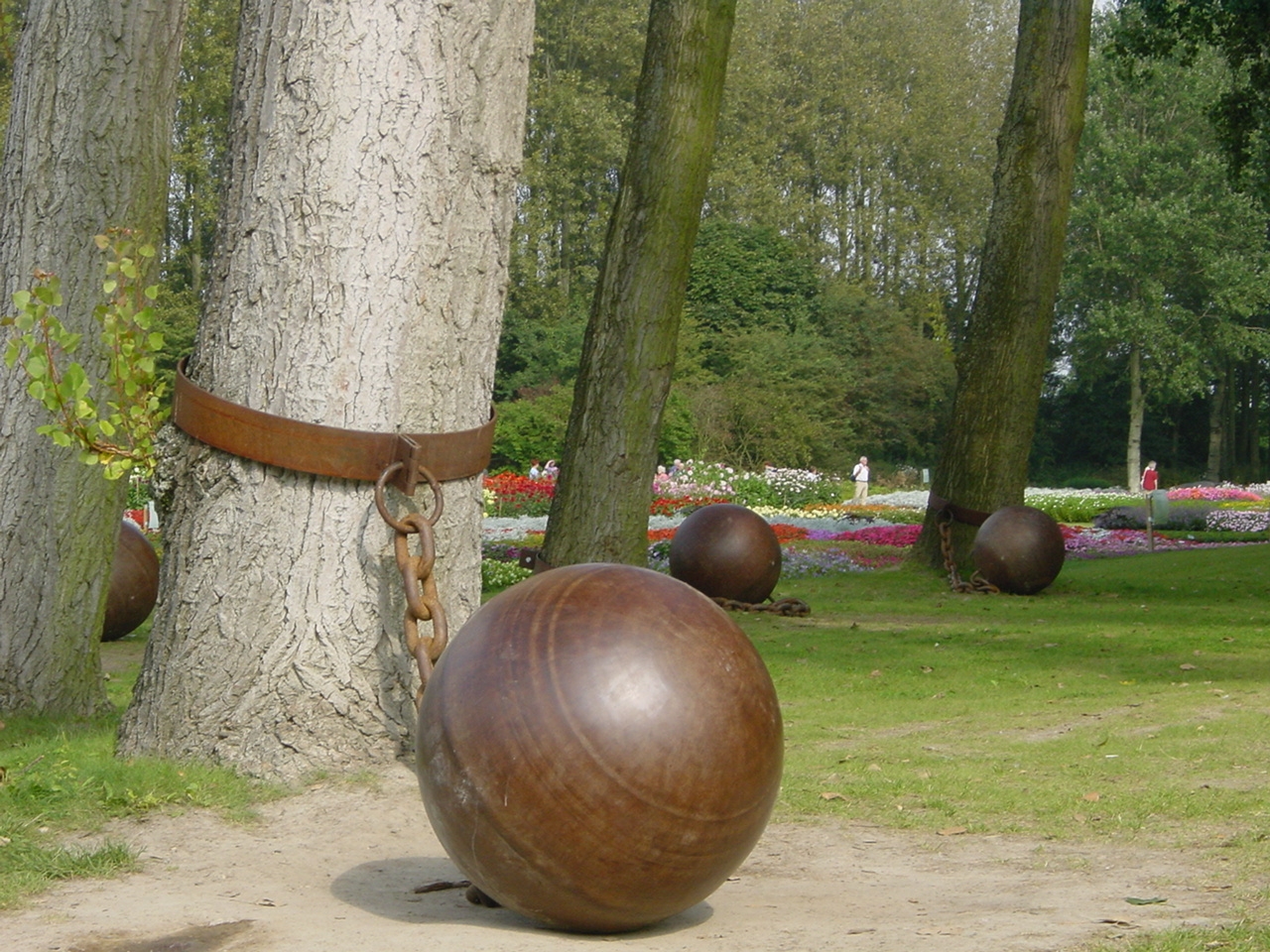 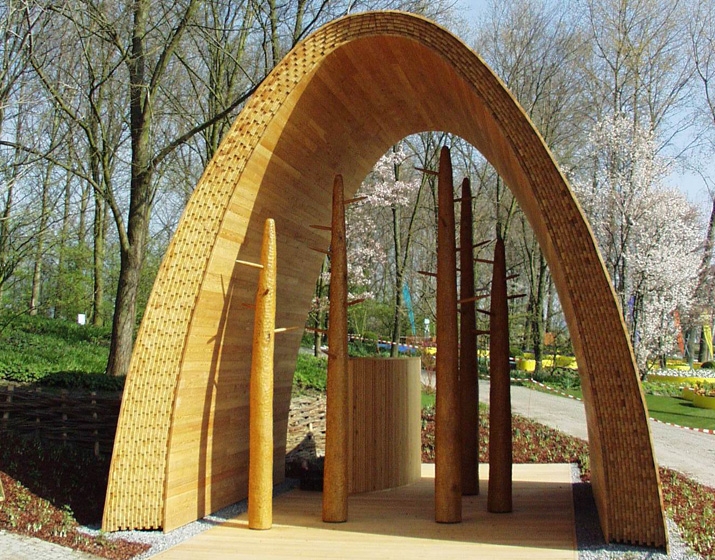 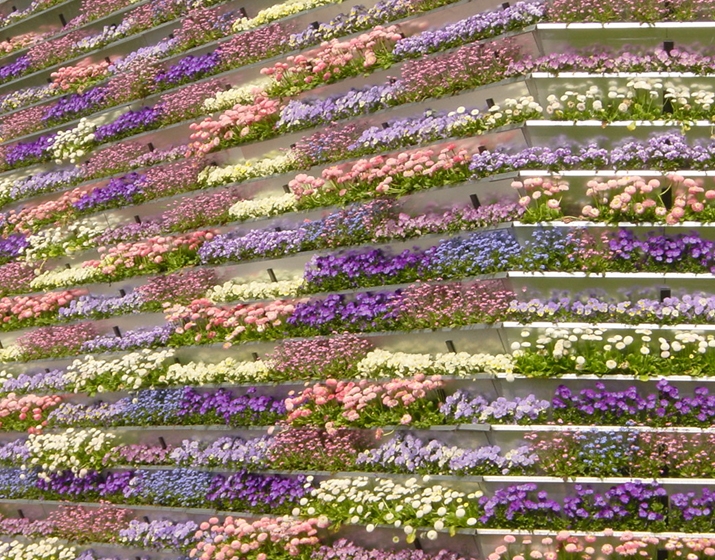 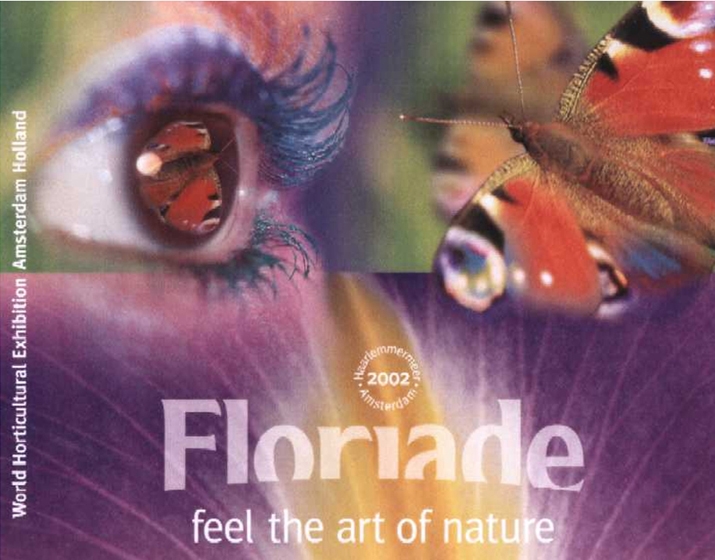 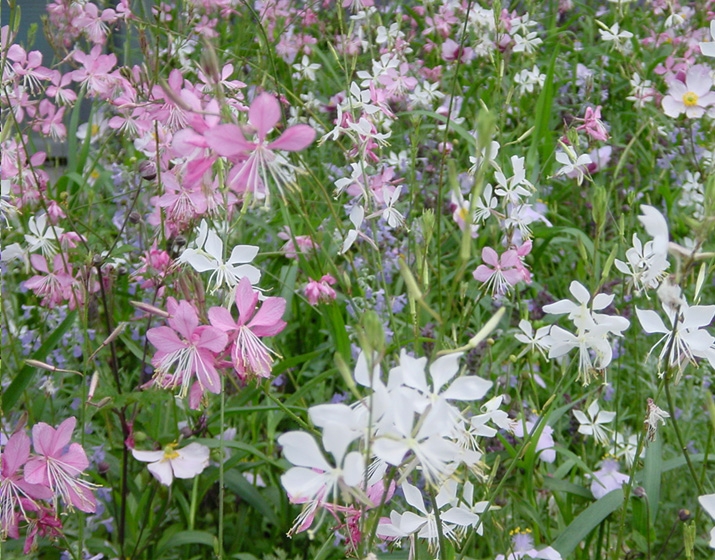