The Netherlands was represented at the Beijing Expo with an entry  which reflects the “Green City” principles. The Floriade 2022 in Almere is the next international horticultural exhibition following Beijing Expo and it seemed like a great opportunity to introduce the upcoming Floriade in the Netherlands.  In consultation with the Ministry of Agriculture, Nature and Food quality, we asked the designers of Floriade, MVRDV, an international multidisciplinary design agency, and the Municipality of Almere, to contribute ideas towards the concept.

The theme of the Floriade is “Growing Green Cities” and the theme of the Beijing Expo is “Live Green, Live Better”, making the “green city” theme again a logical sequence.

The entry has a size of 1500m2 and the layout of the design is based on the grid and dimensions of the future Floriade 2022 Almere. The plots in the Almere plan are 30x50metres, where a Green City is shown in different ways. Based on these dimensions, we have collaborated with MVRDV to create a grid of gardens and frames that are each 3×5 metres, this provides the same proportions as Floriade Almere. Each frame and every garden implements a theme which expresses the benefits of greenery in a city, such as the bee garden (biodiversity), the herb garden (edible city), the colorful garden, the roof garden and green walls.

The frames and gardens are designed at different heights to really create the feel of a city. A variety of exhibitions from Dutch companies and institutions can be viewed in these frames. Decorative open Tulip walls contribute to the Dutch theme and character of the exhibition.

Beijing is working on a program called “colorful Beijing”, in which they would like to increase the variety of evergreen trees, shrubs and perennials including  flowering species and plants which provide autumn foliage.

The planting plan has been designed in response to this brief to ensure that the extensive range of Dutch plant species can be promoted.

In addition, a program called “Sponge City” is in full swing in China, whereby the water of the city is infiltrated naturally into the ground as much as possible. This design principle has been applied as part of the Dutch entry in the form of an abundance in greenery within the gardens and the implementation of  water-permeable pavers, resulting in no gutters or street vents required. This is a good example of how greenery and even paving can ensure a sustainable design.

The Expo in Beijing has a total area of ​​503 hectares and contains a large number of international and national entries. 9.34 million visitors are expected and the exhibition was open until 7 October 2019. 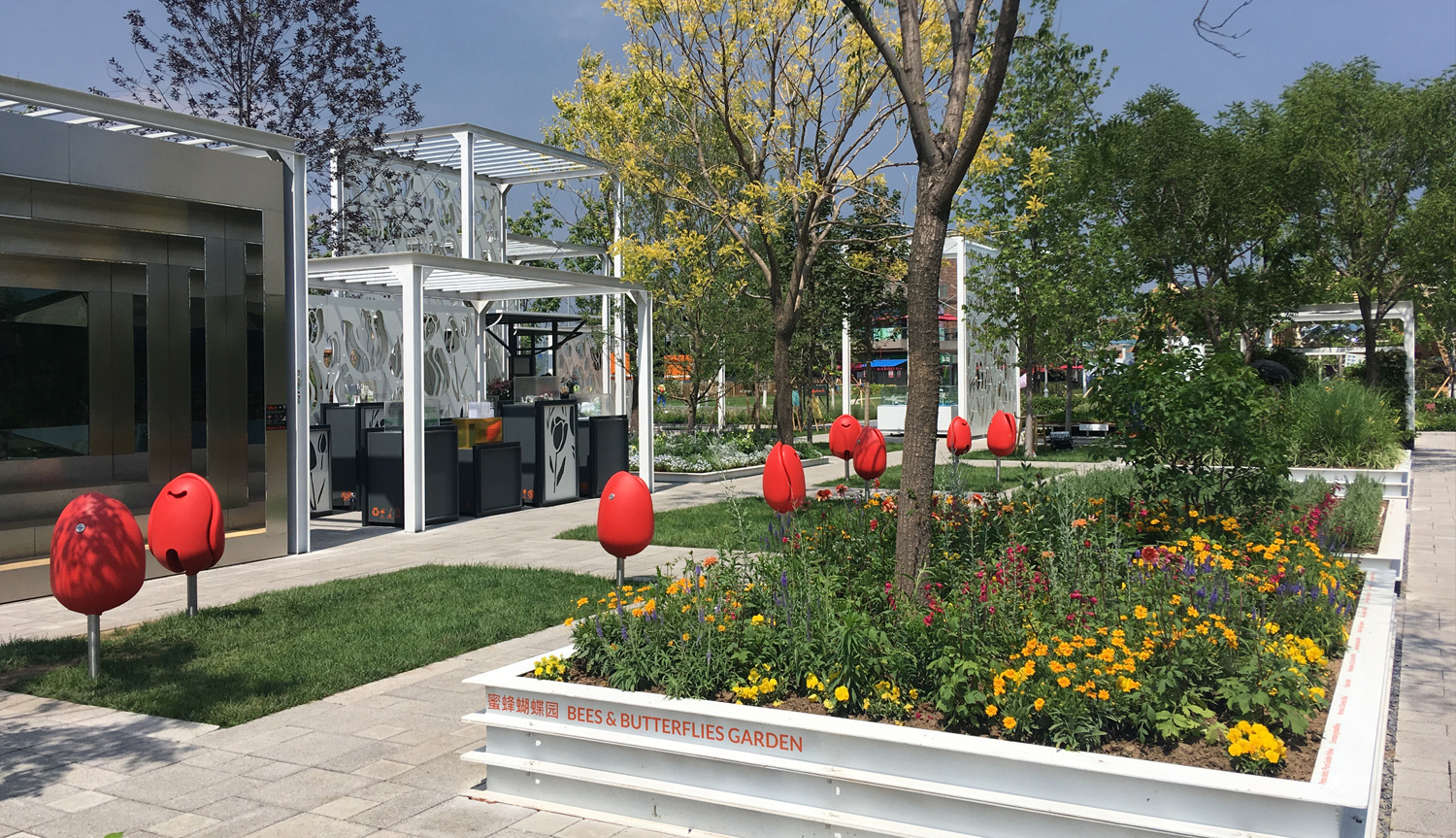 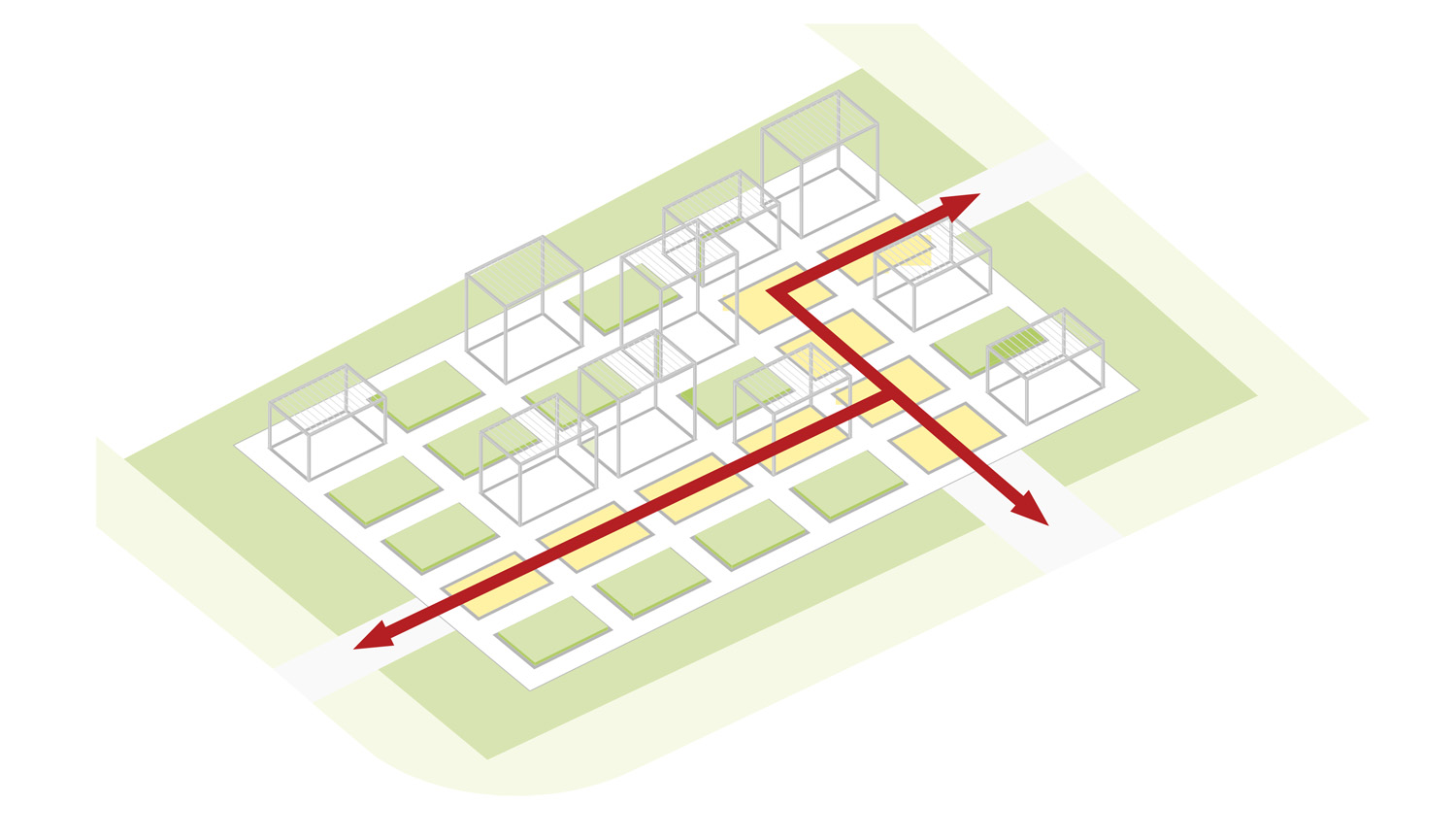 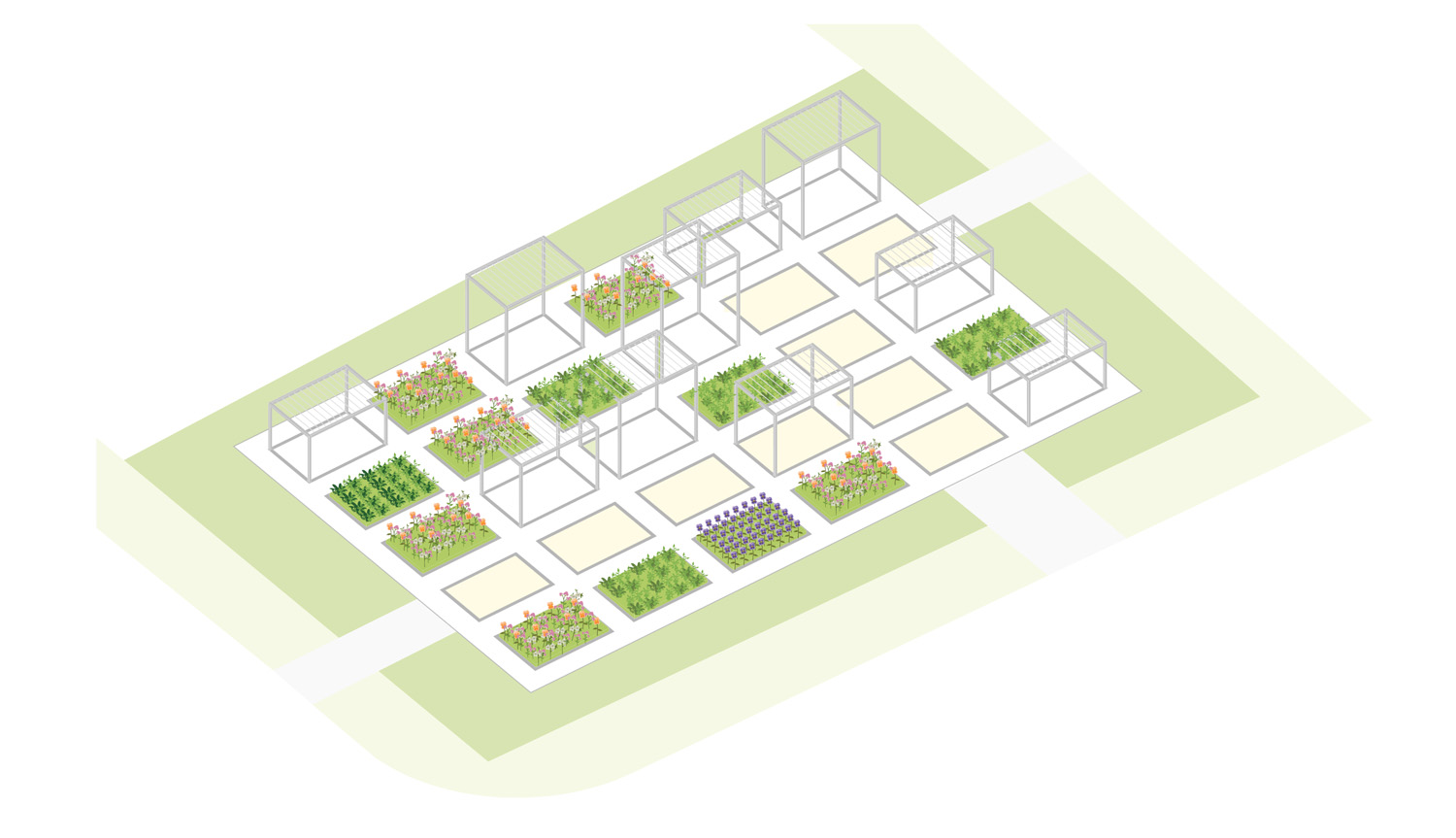 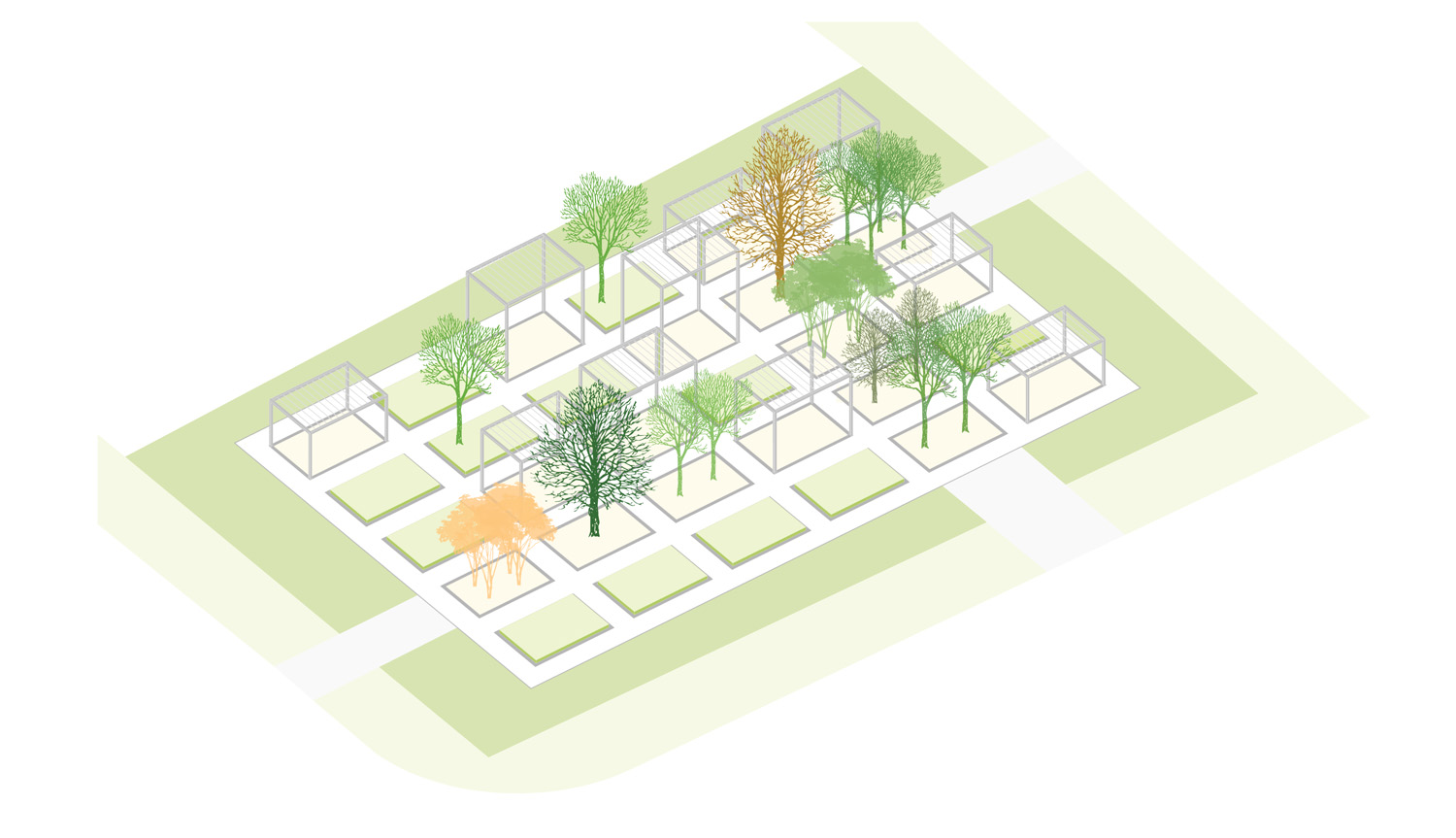 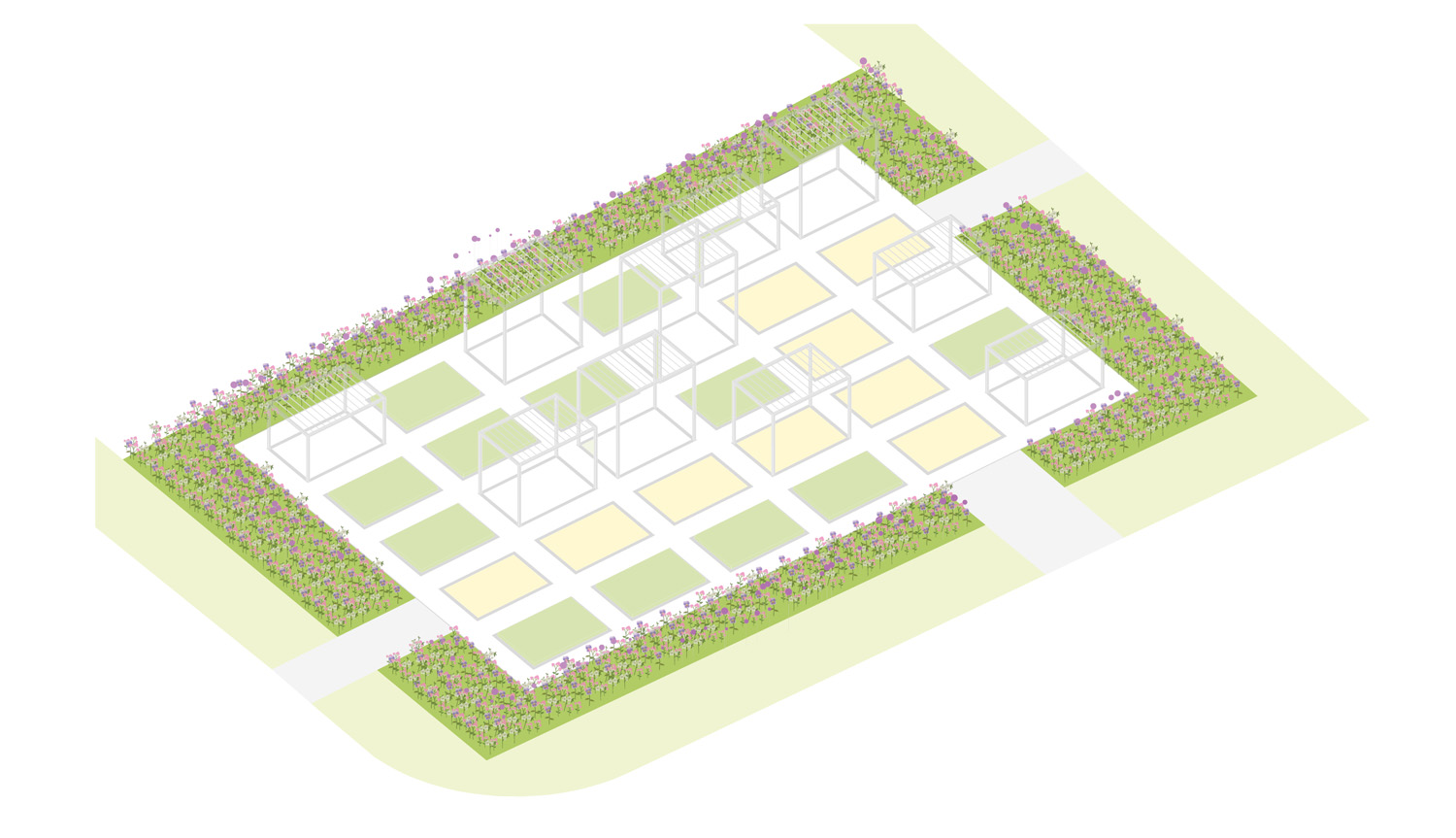 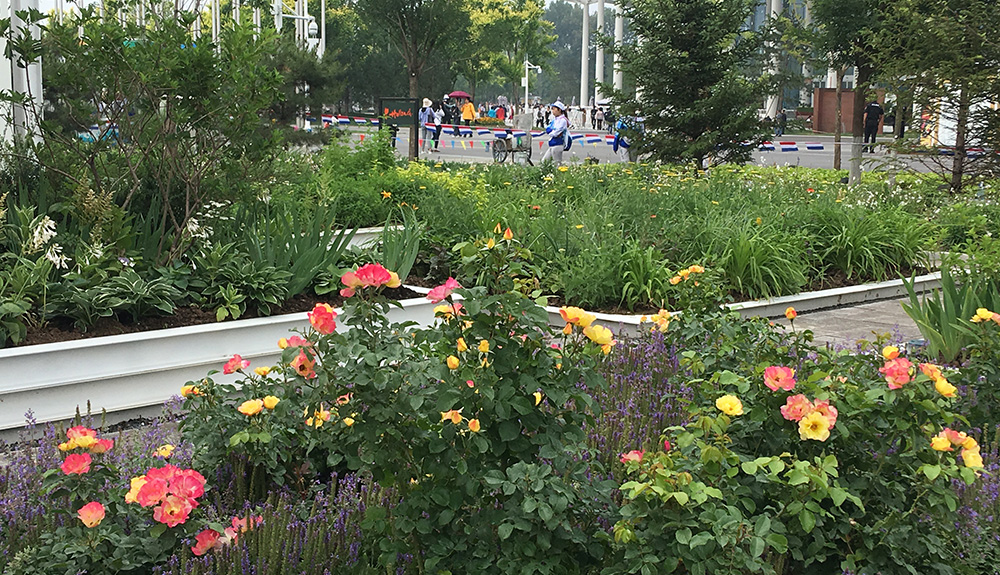 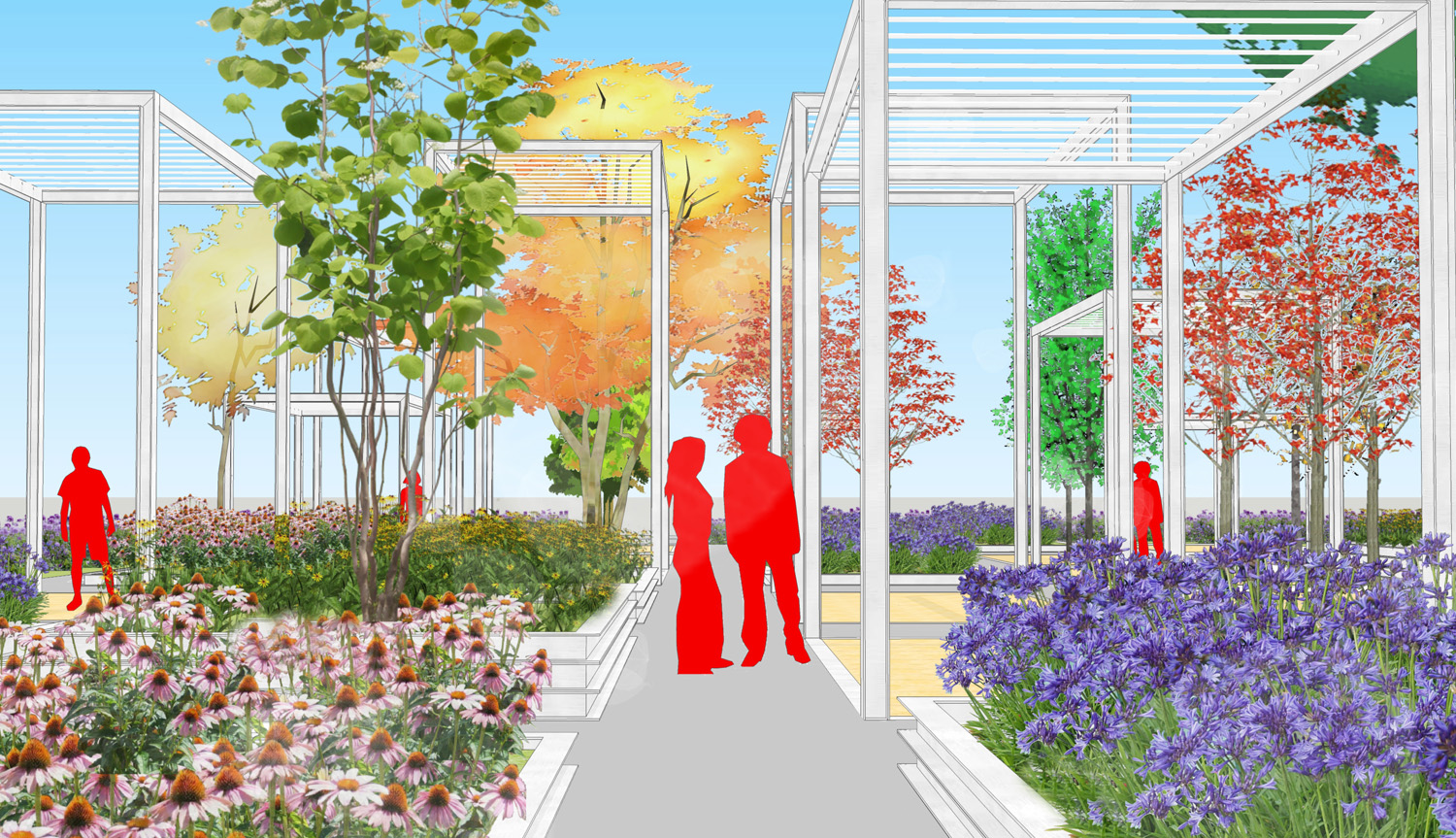 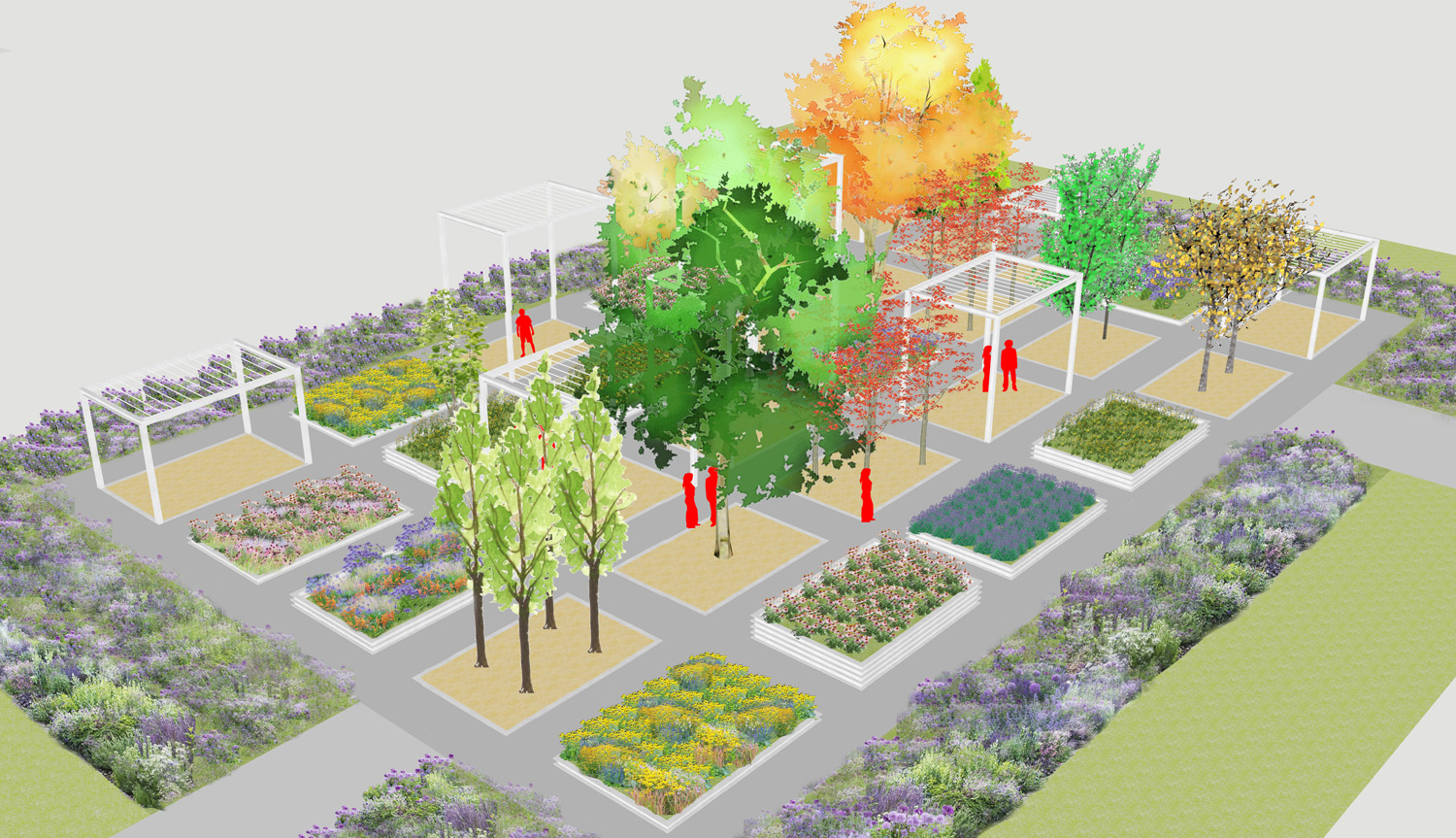 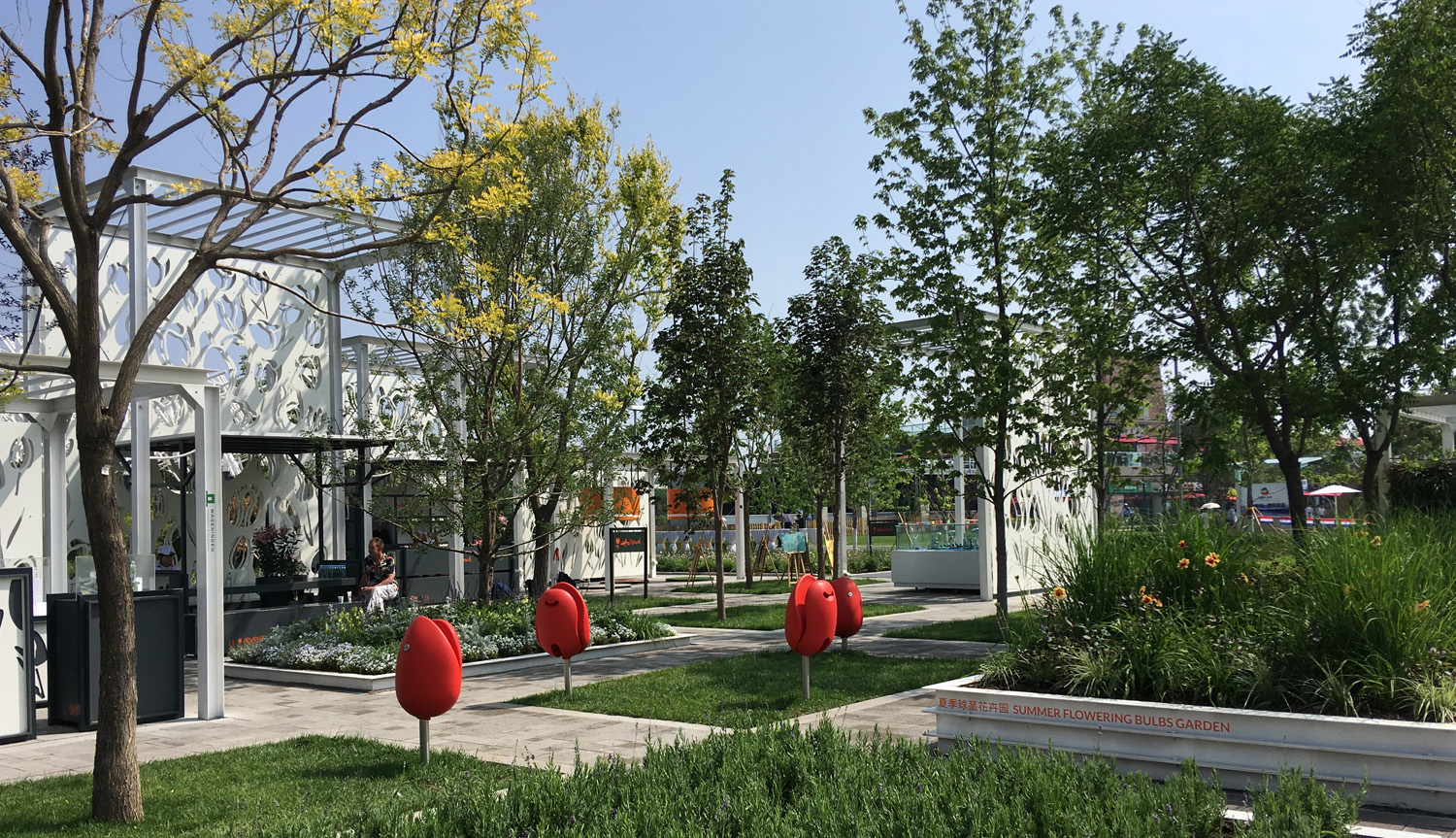 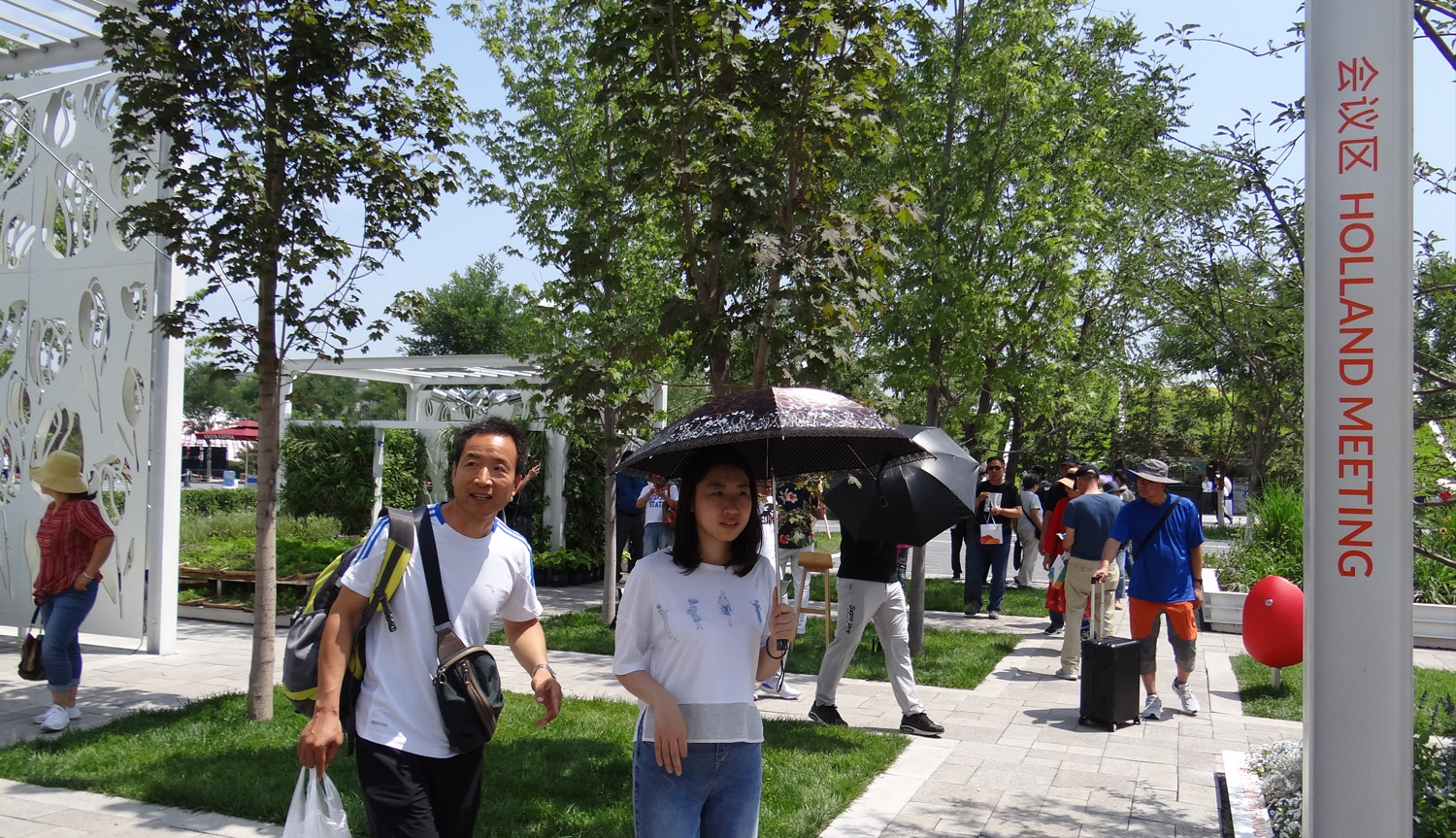 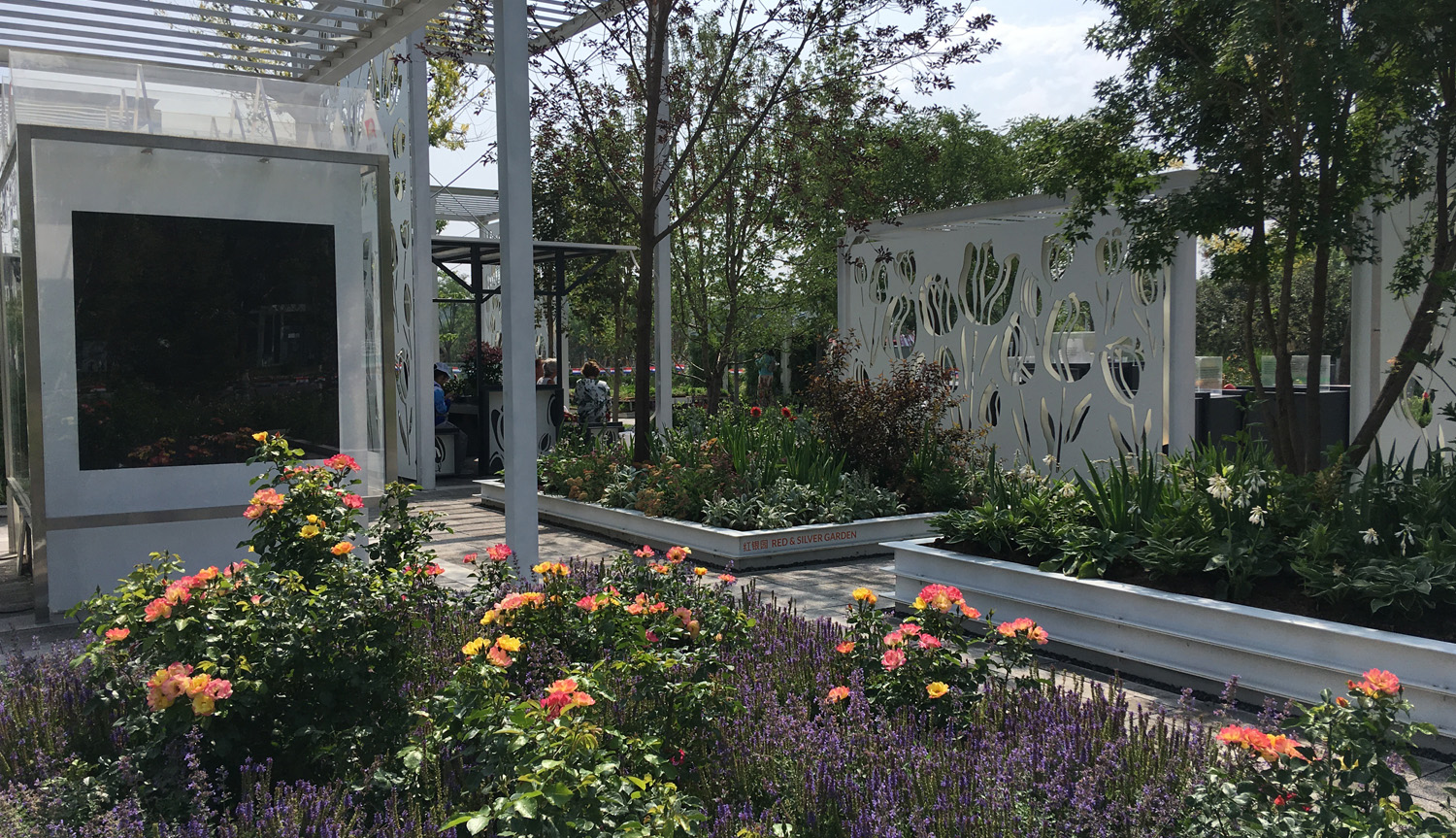 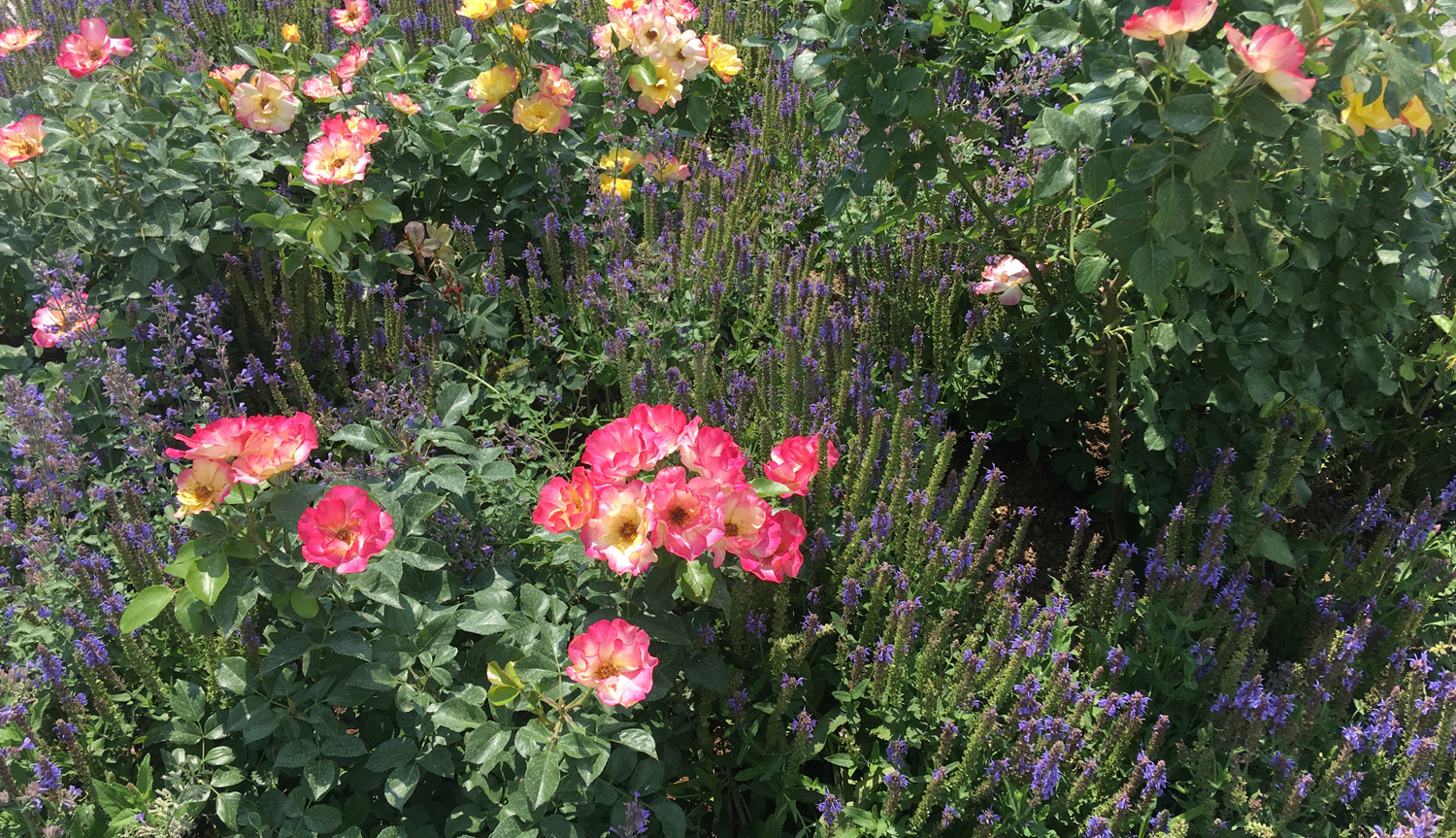 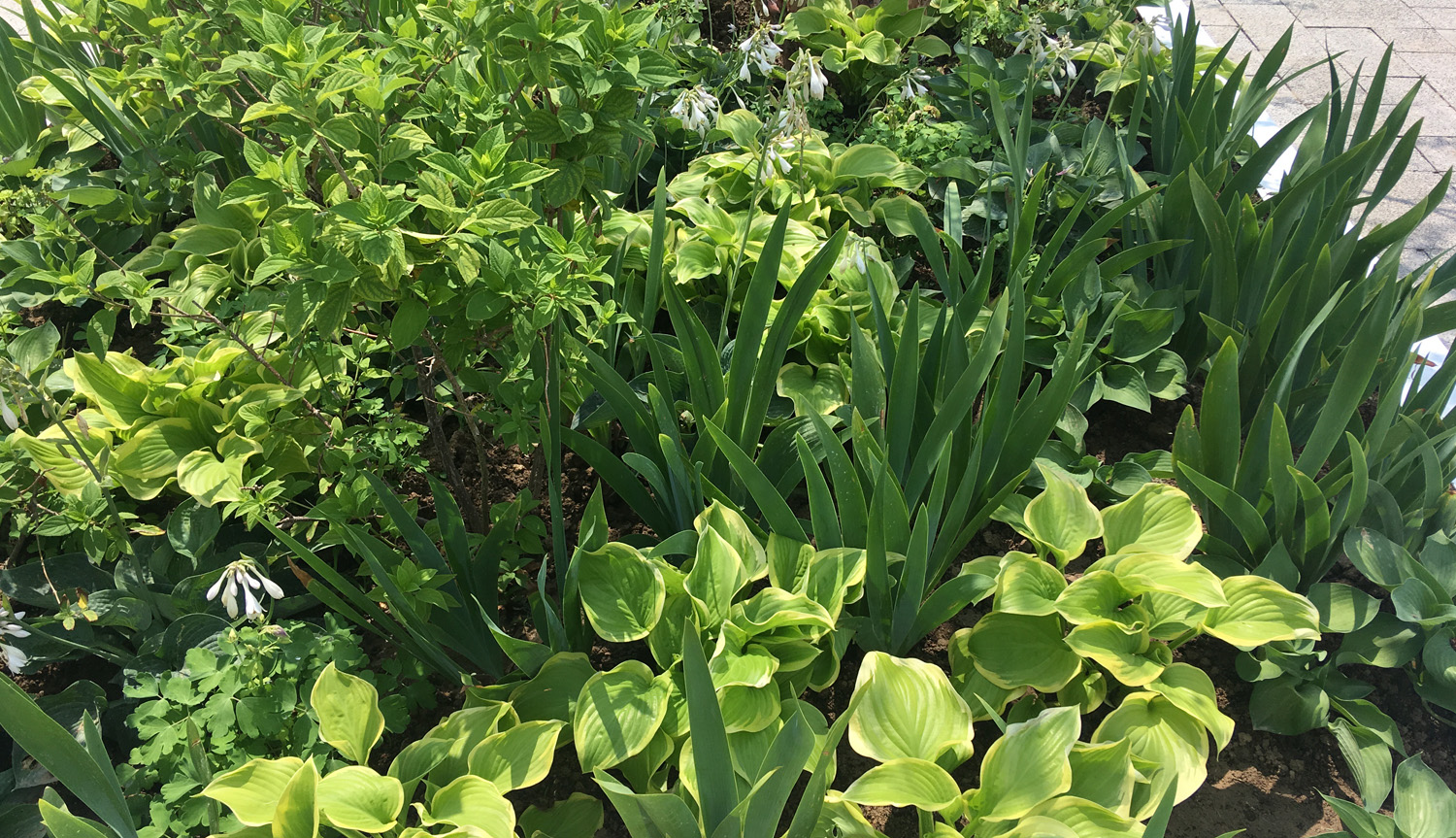 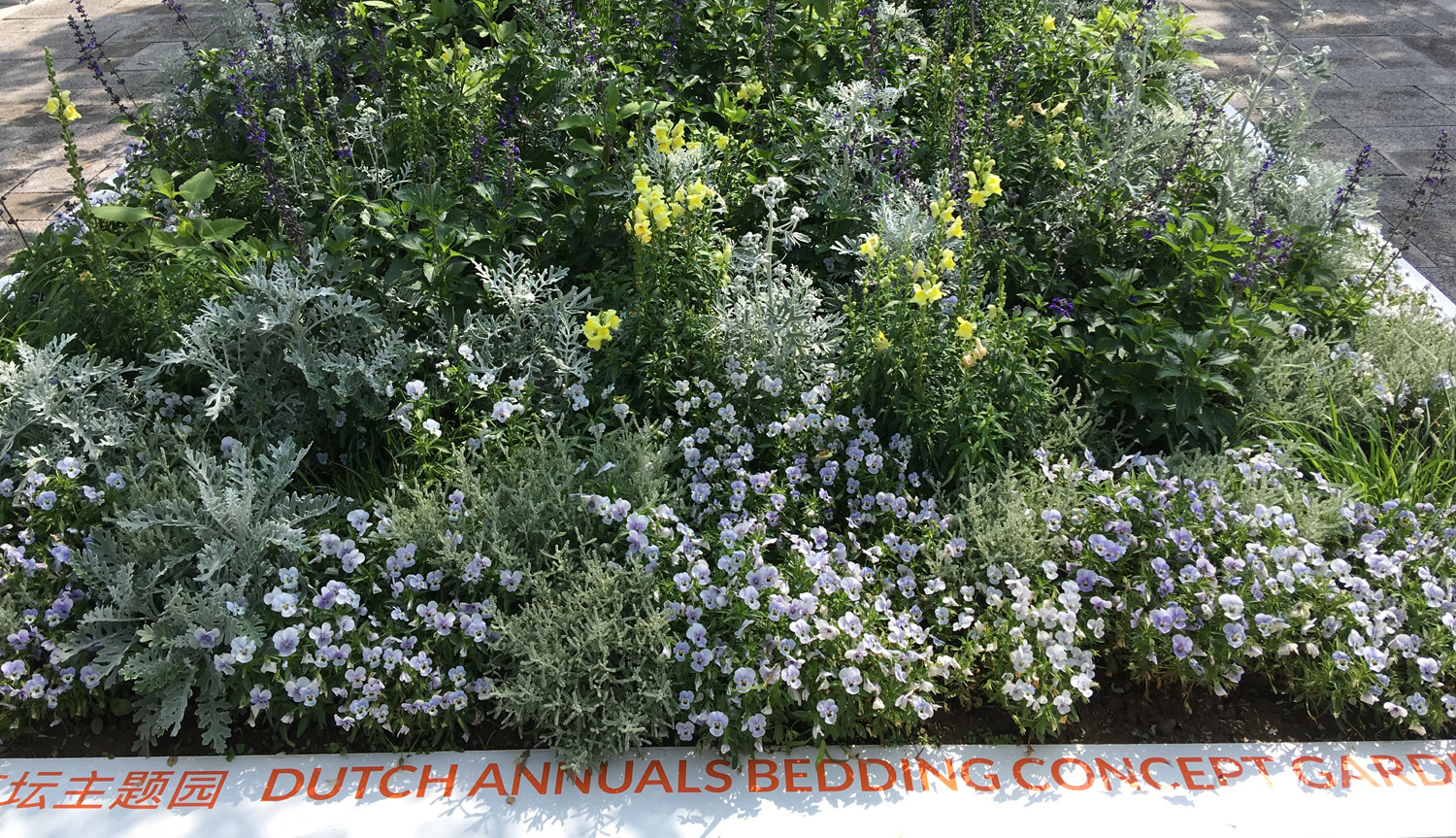 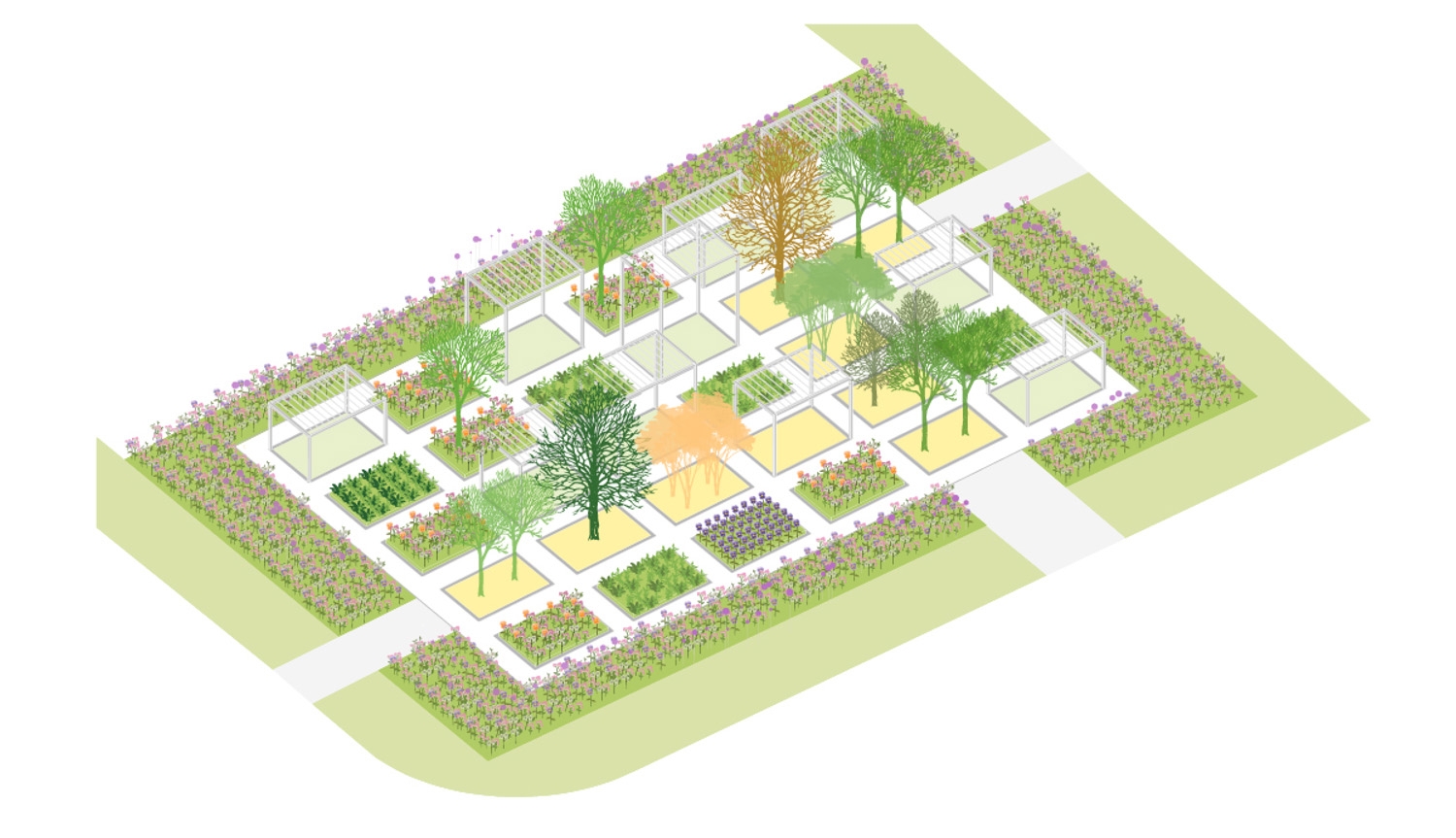