Team HOSPER – Niek Roozen bv – Cepezed – Witteveen+Bos got the second in the “Park Russia” competition, a planned park near Moscow. The “Russia” theme park is a 1600 hectare planned park.  All regions in Russia were involved in the plans for the park. The functional aspects of the park included; entertainment, amusement theme parks, sport facilities, education, expositions, health care, commercial functions and various themed public spaces and landscapes.

The competition organizers had received 180 applications from 41 countries for the first phase of the competition, from which five international teams were selected for the second phase. The Dutch design was appreciated due to its contextual approach and the way functional aspects, built forms and infrastructure were successfully integrated into a green park-like landscape.

The main source of inspiration for the design came from Russia itself. The Russian culture with its cities and buildings, and  heroes of art, sports, literature, astronautics and warfare. The diverse and spectacular natural landscape of Russia also provided great inspiration.

A green network structure was created through preserving and enhancing the existing forest and positioning the green corridor towards the outskirts of the park whilst the central park provided a more urban setting.

The park has been divided into six functional areas (commercial, entertainment, nature, sports and future development) from which all elements of the park radiate. Each area contains a central plaza which is connected by a public open park.

The Russia Globe building will be the iconic centre of ‘Park Russia’. Not only will this iconic building serve as the main entrance, but visitors can also discover the real Russia inside. Built at the heart of the central park zone, it will be the landmark for all visitors. 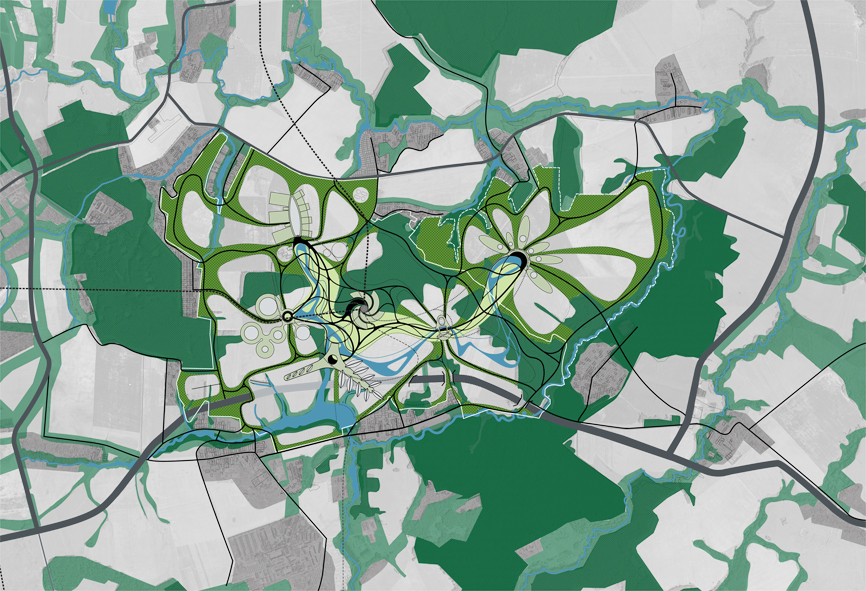 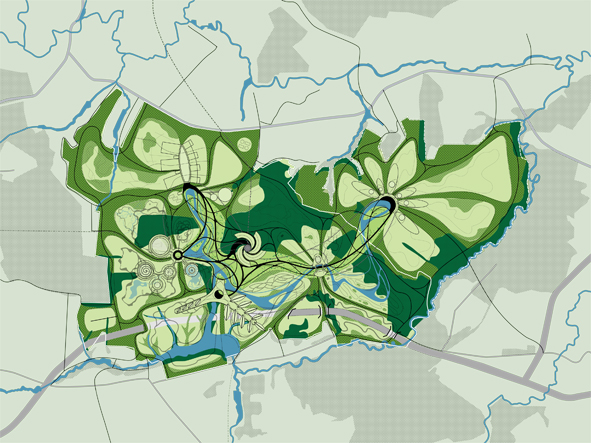 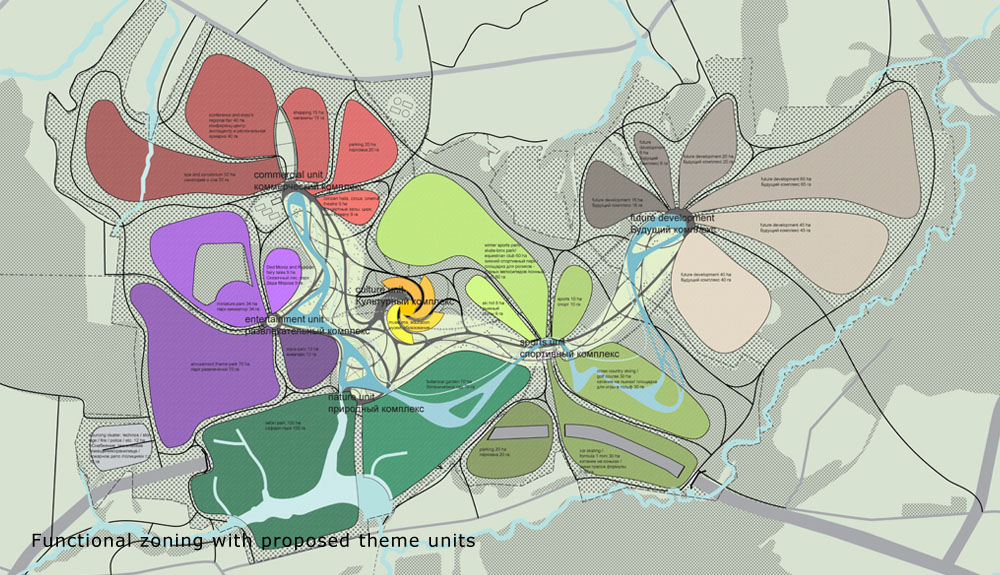 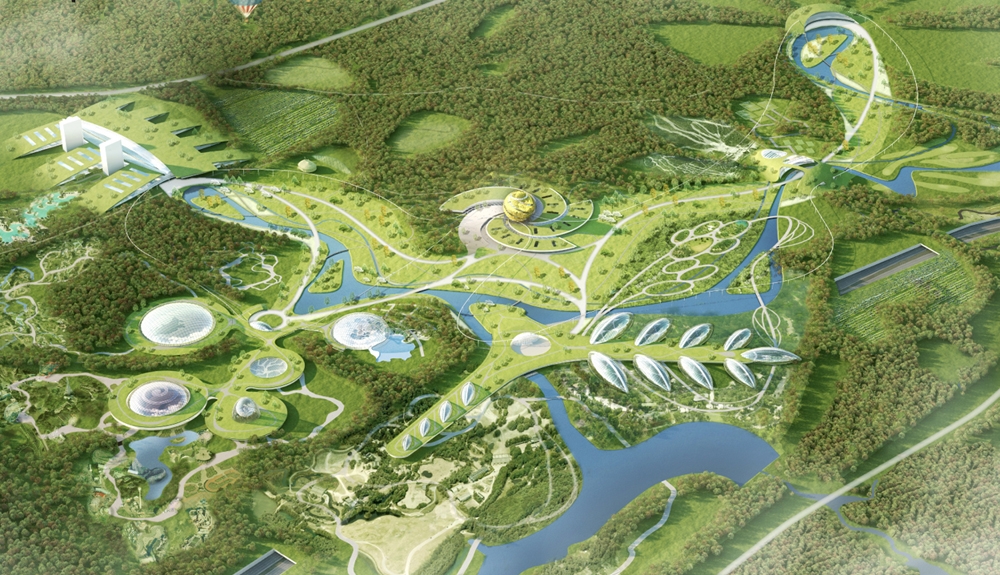 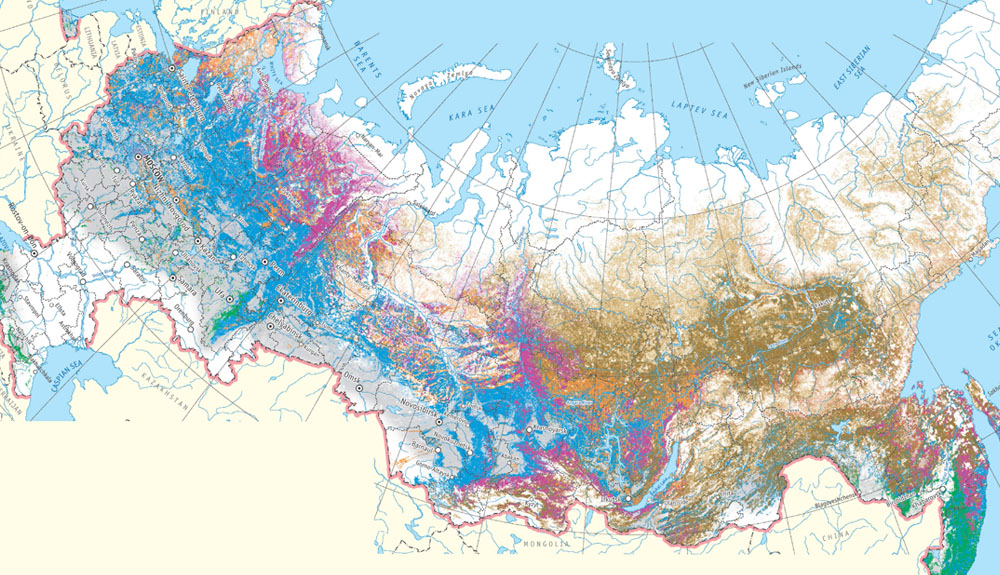 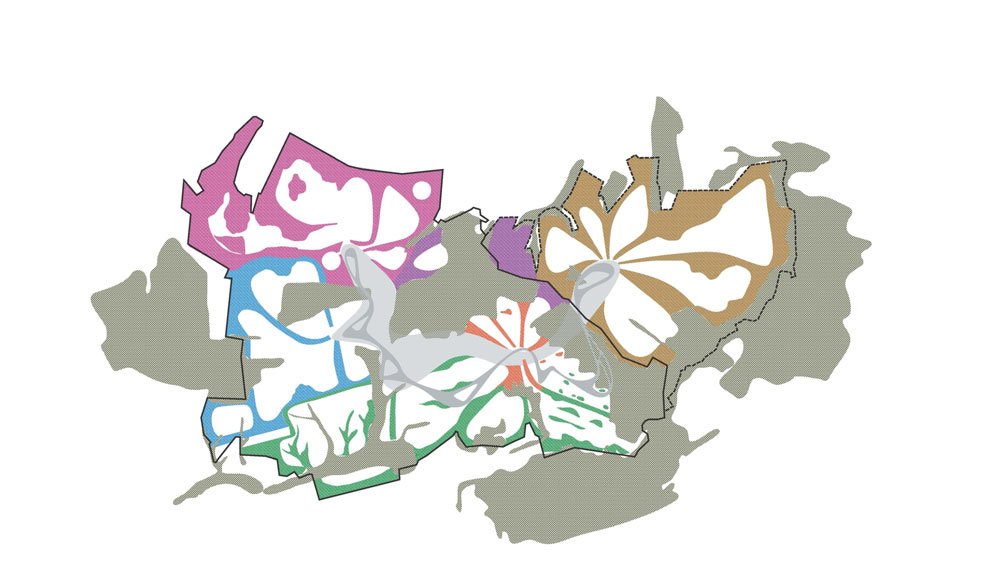 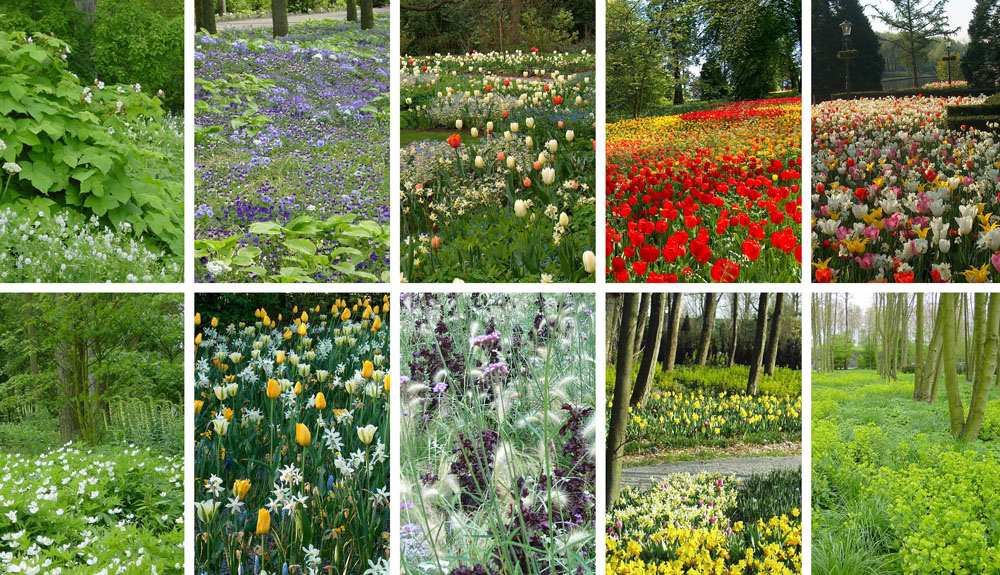 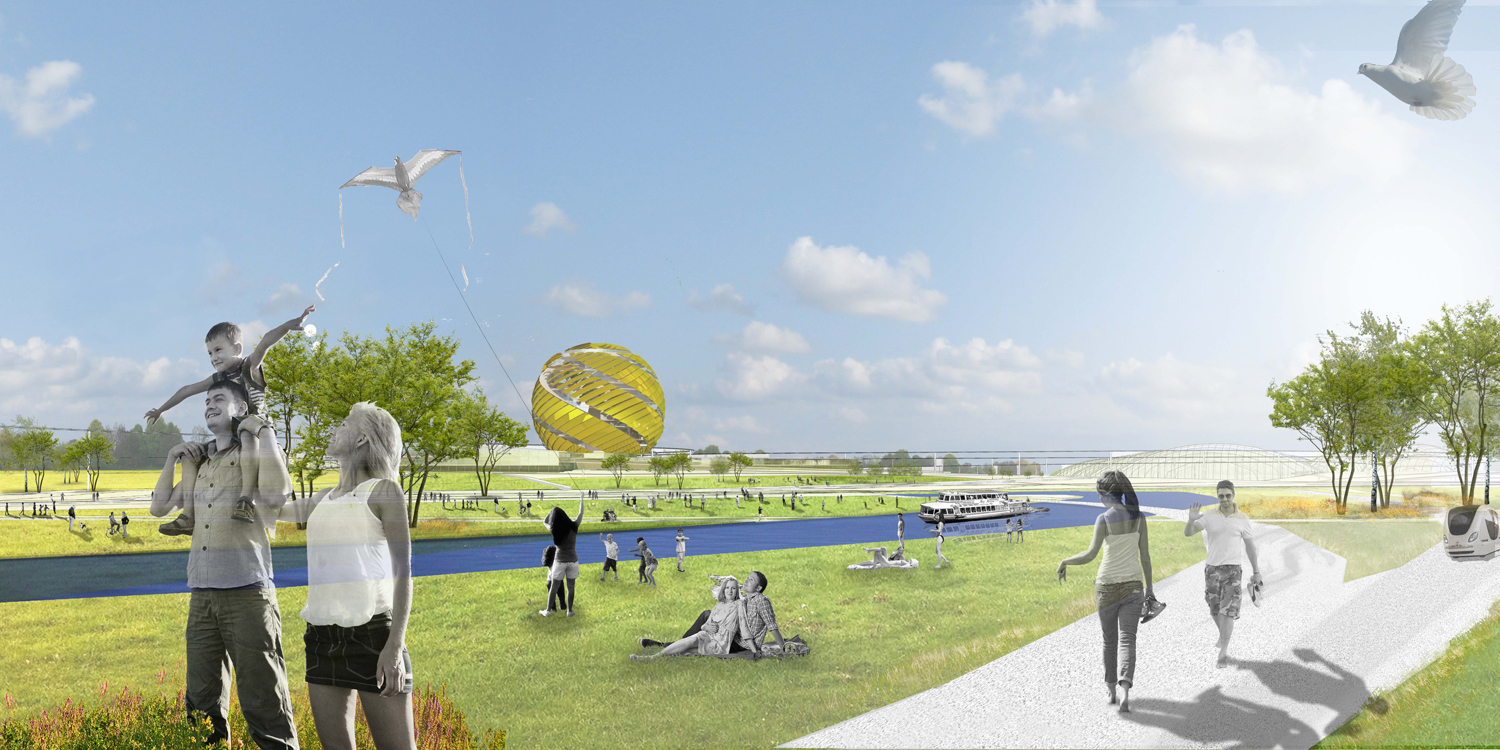 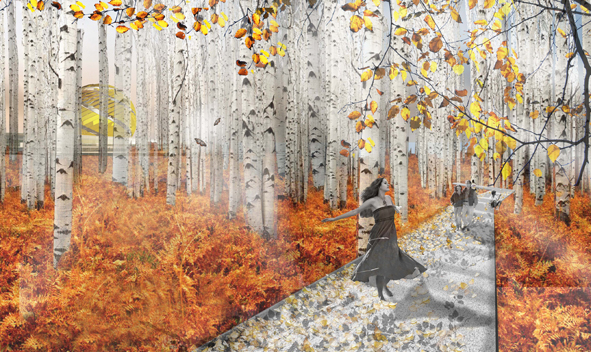 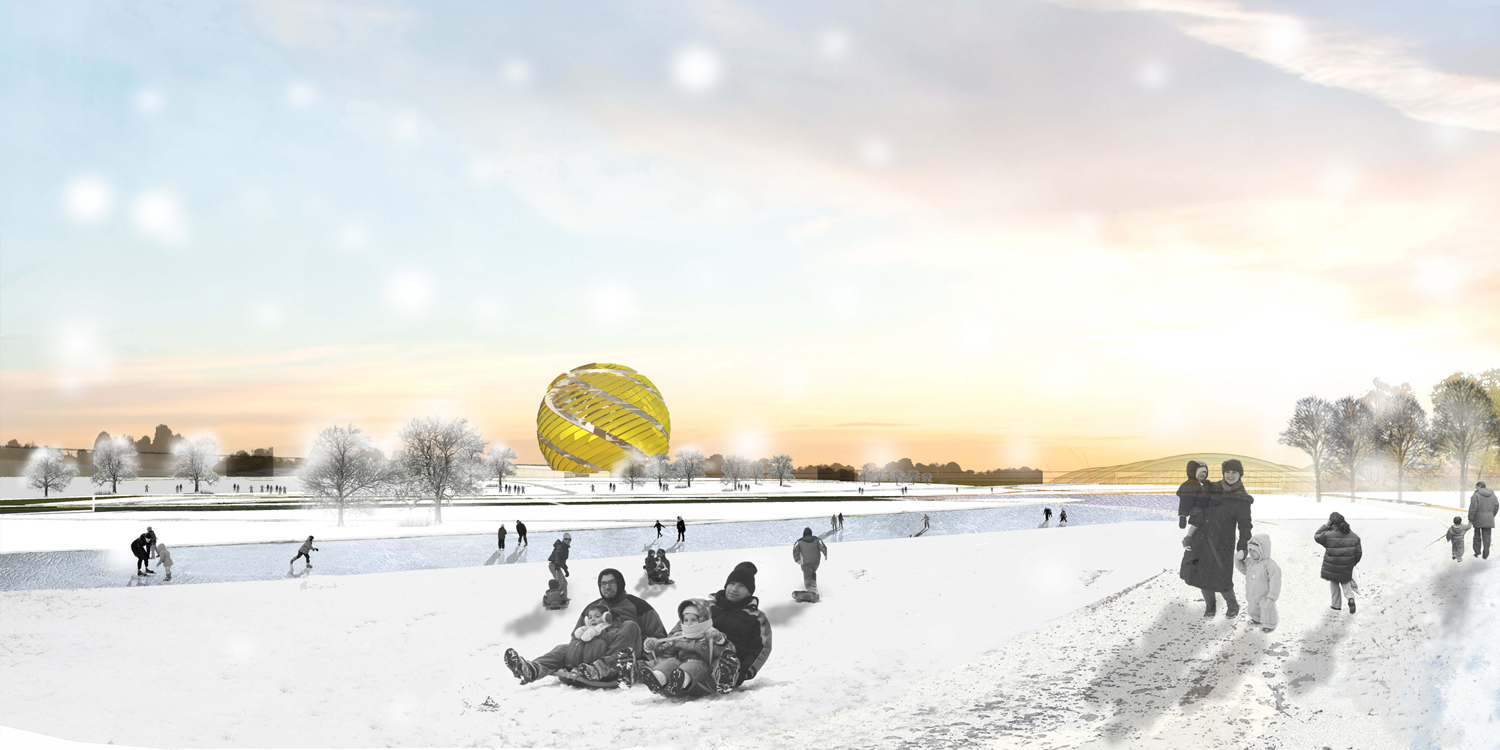