The project area was situated in a rural area, through which a small and dirty stream flowed . A large city park had to be built at this location for the new residential area that was realized a few years later. The stream had to be widened and a new port would make water sports possible in this new river.

The starting point for this project was to create a green zone on both sides of the water, but this space was ultimately limited. In our plan, we have chosen to limit the green space on the north side even more, in order to create an urban boulevard at the north bank. This gave the opportunity to realize a larger  and more varied green environment on the south side. It was special that this green park was already realized, before the new residential area was built. According to the client, these costs paid off because the houses that overlook the park are worth more. 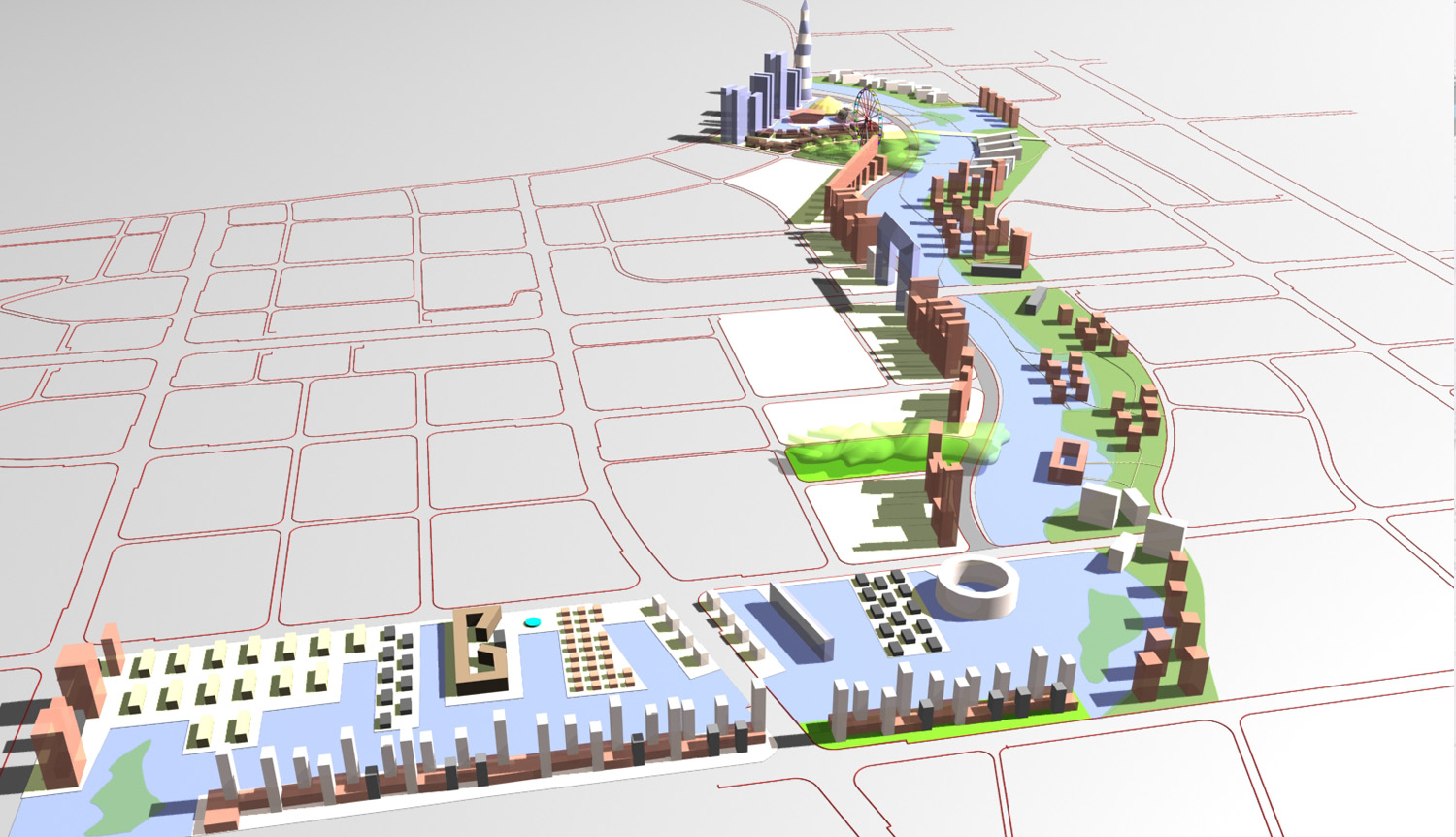 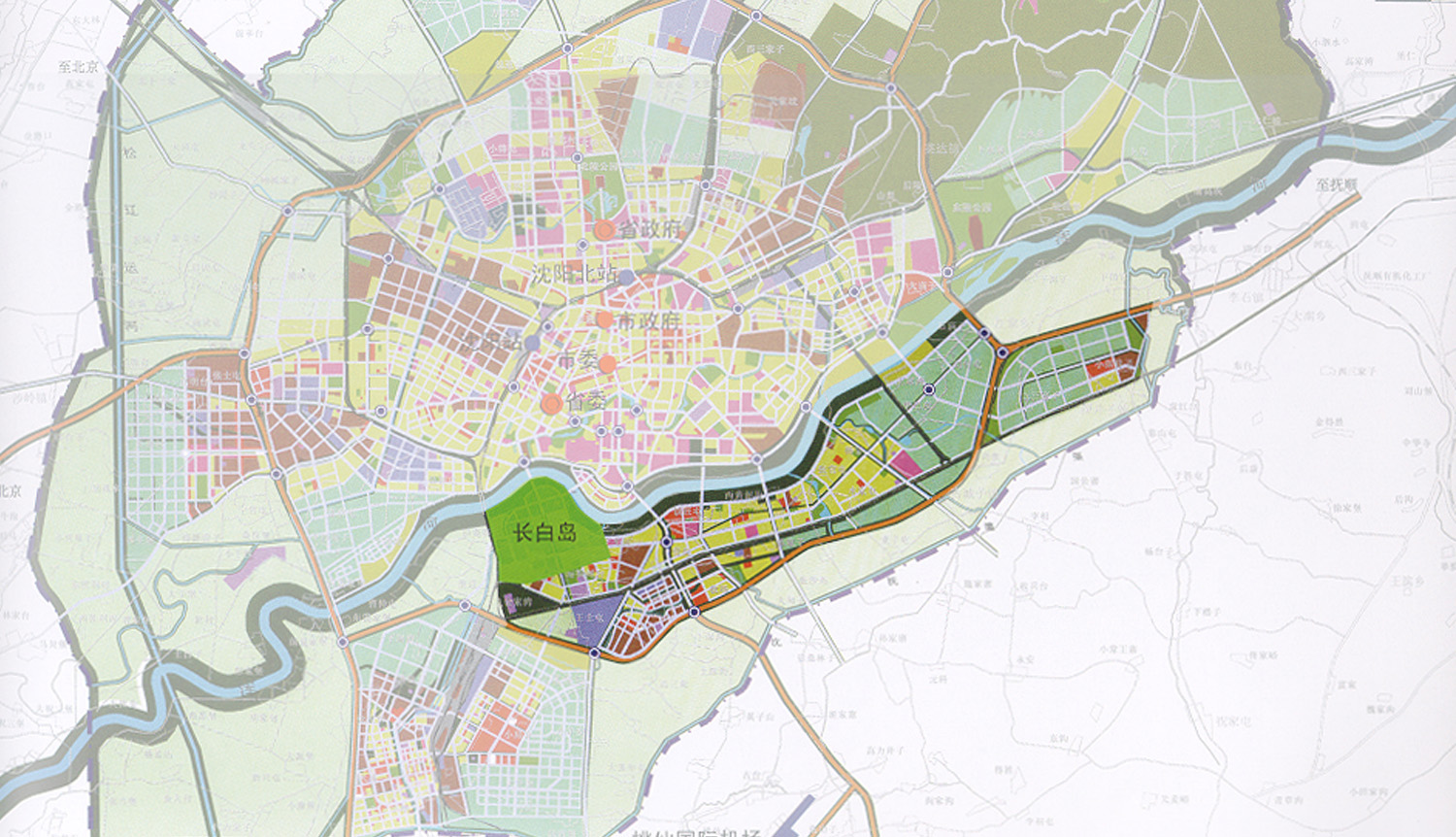 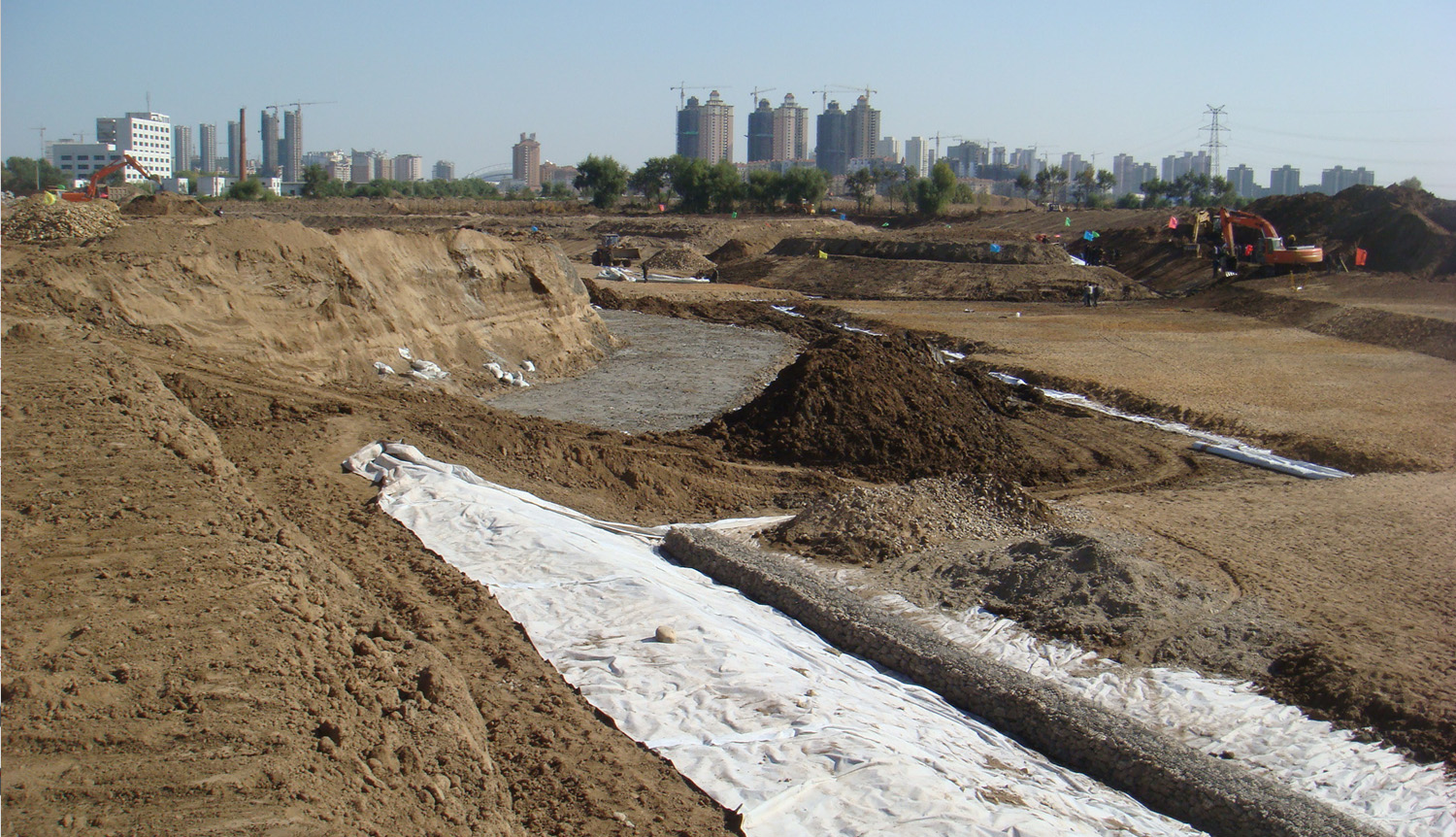 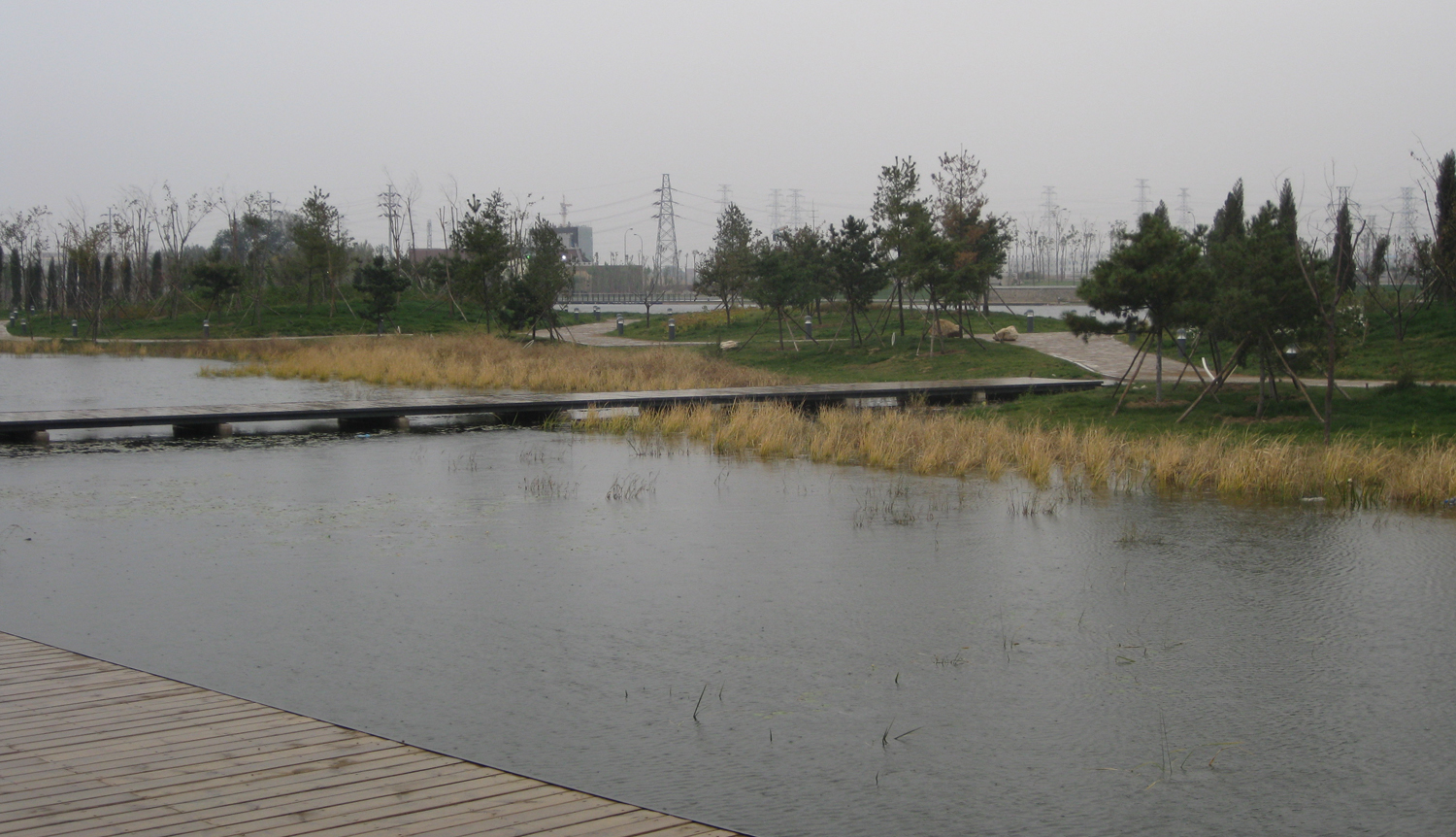 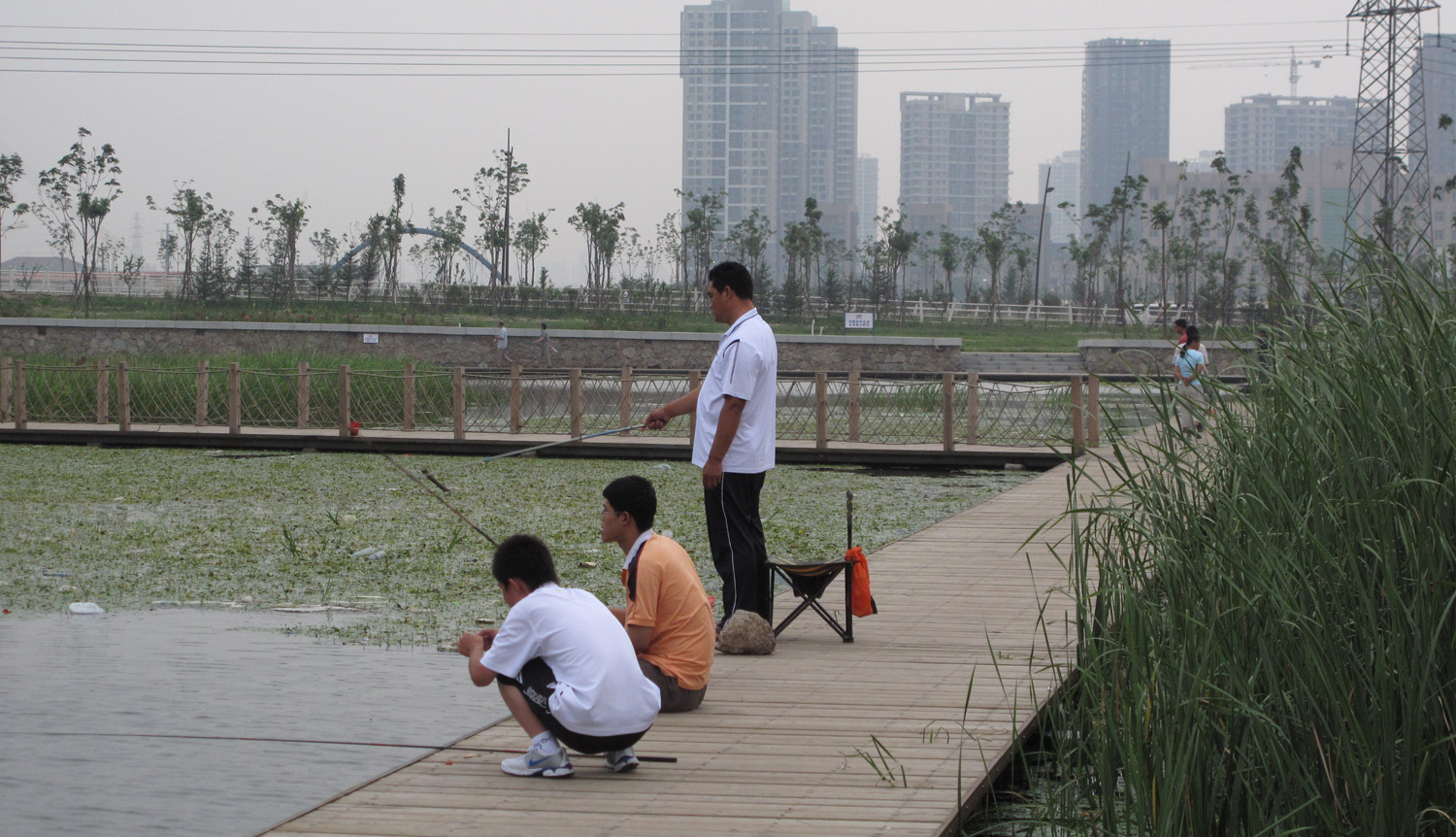 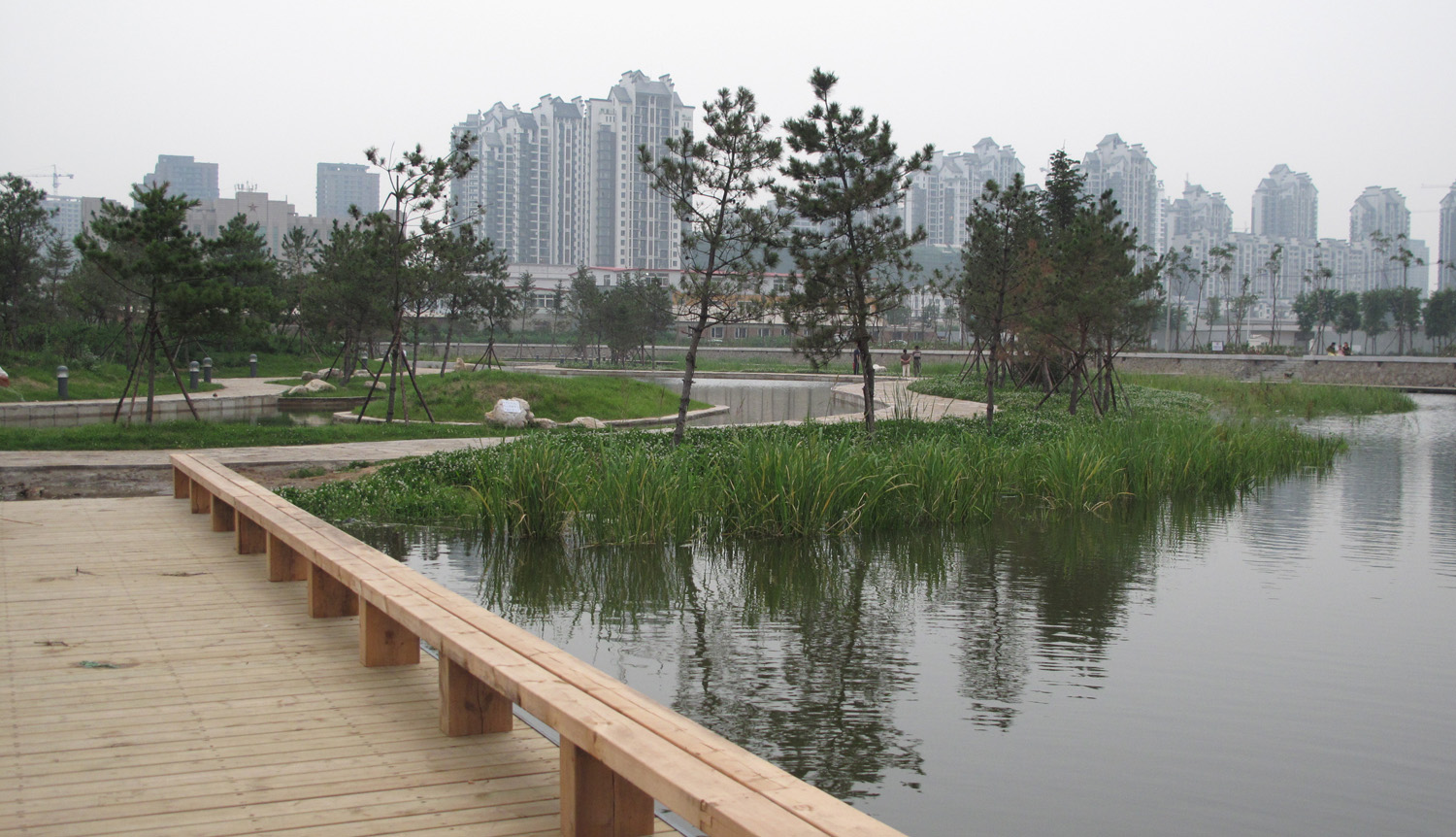 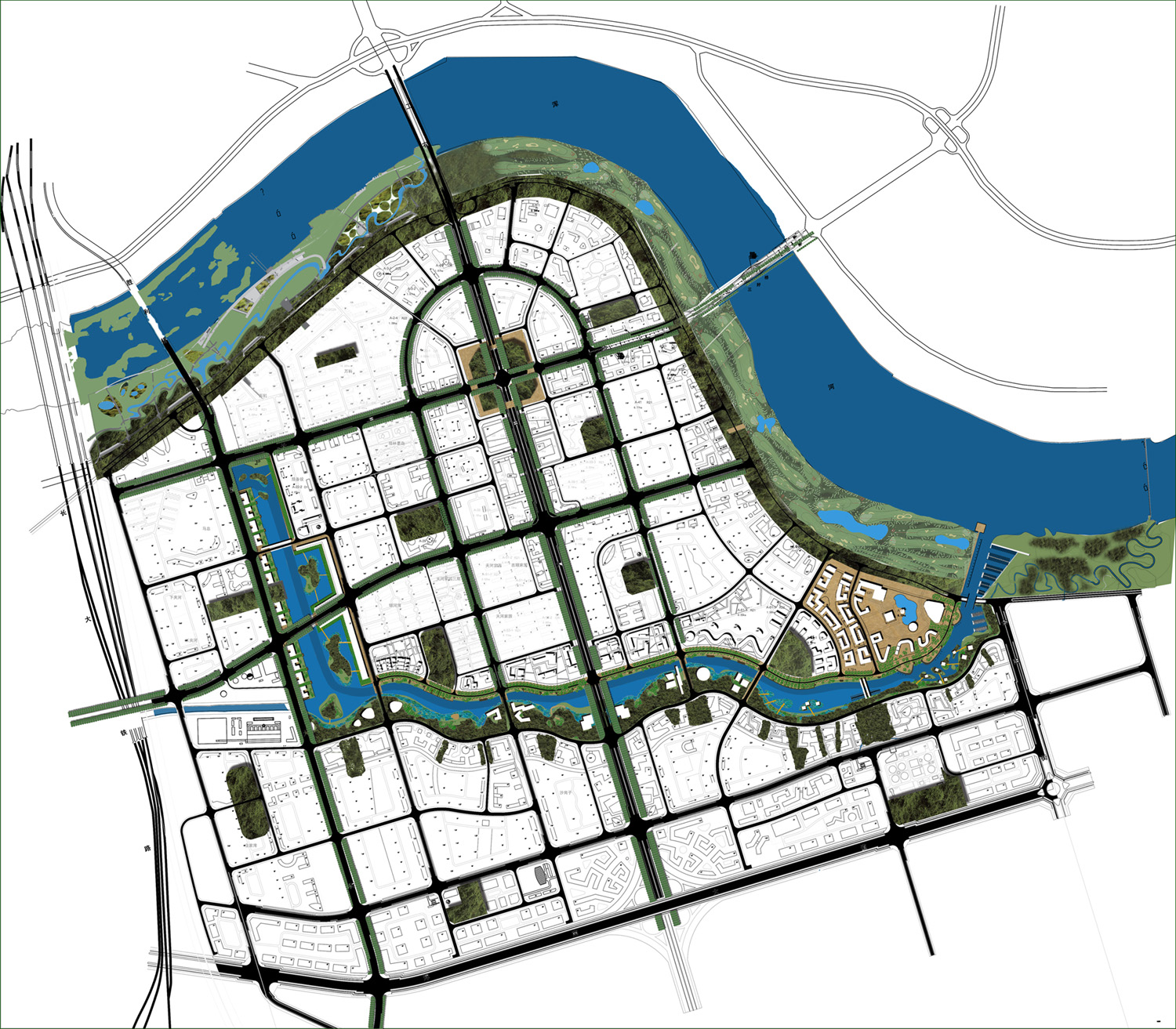 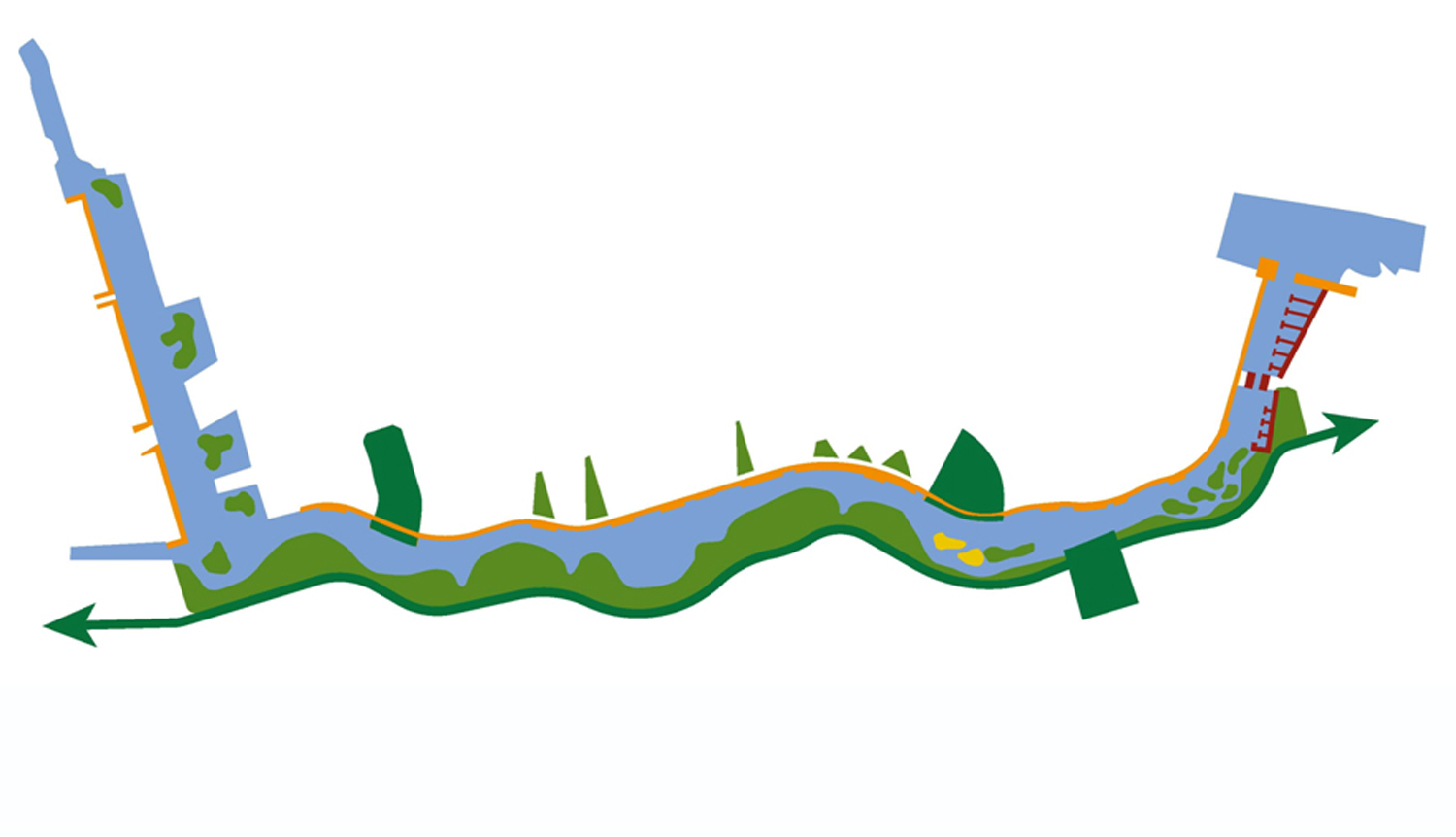 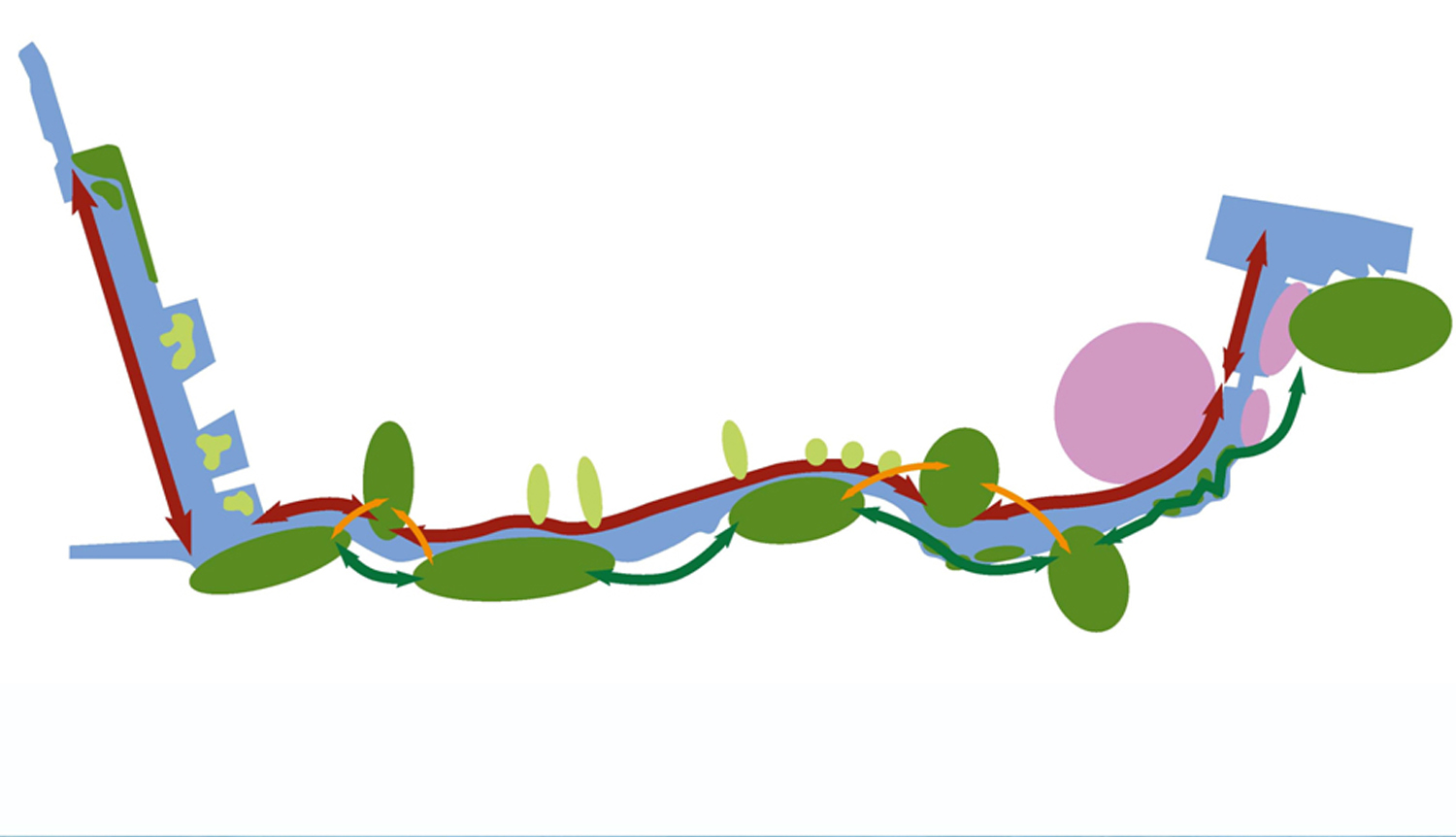 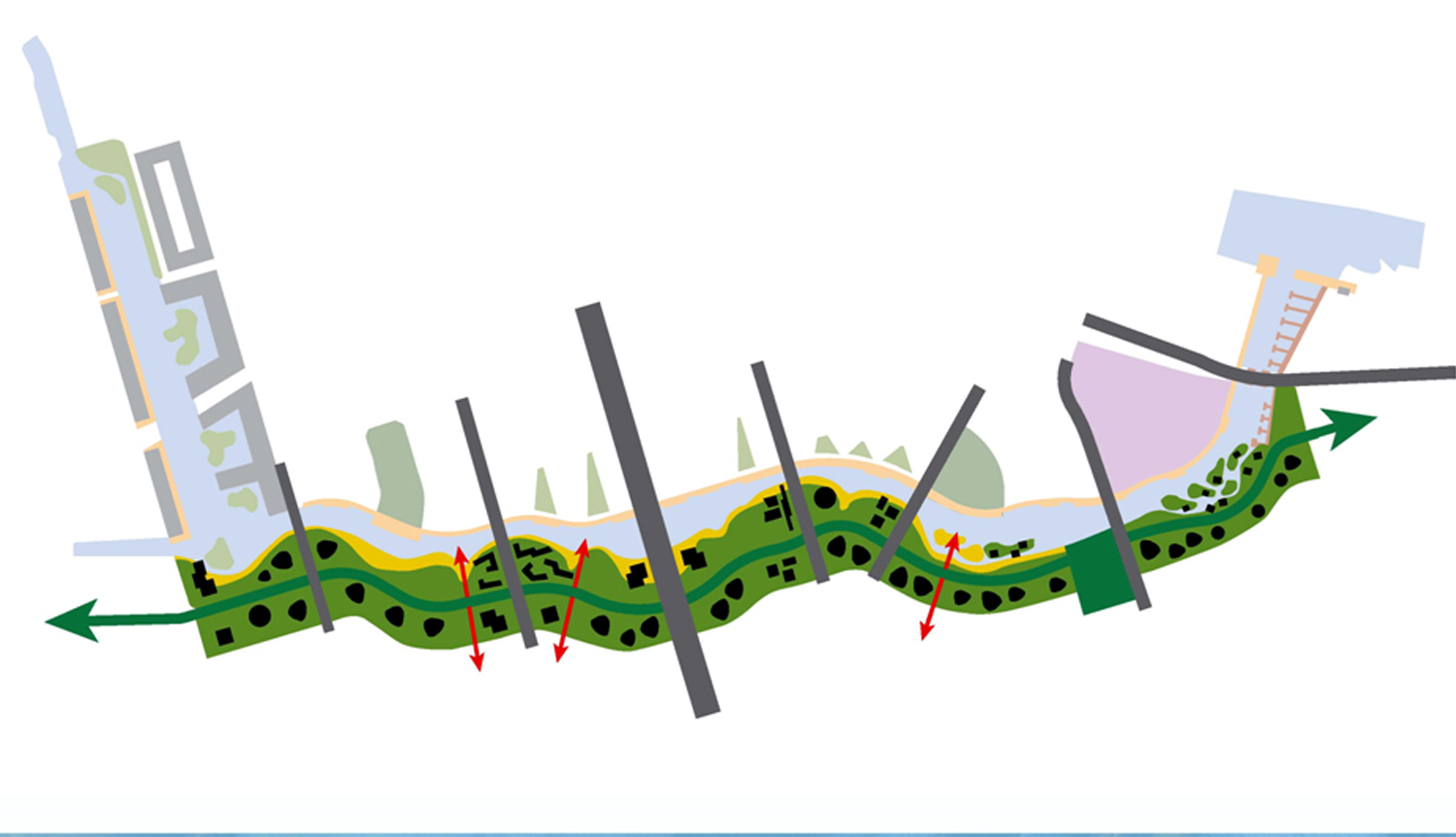