The Bos en Lommerplantsoen will be transformed into a green oasis full of flowers, trees and planting in the middle of the neighbourhood. Its location is unique, nestled between the Bos en Lommerplein, the Erasmusgracht and the monumental GAK building.

The park design for the Bos en Lommerplantsoen consists of a plinth, otherwise called an urban floor, and a meadow with three special gardens. The entire design and all its elements are tied together by the straight paths which criss-cross over the entire park. The paths guide you from one side of the park to the other or allow you to meander where the paths meet.

The plinth along the GAK building connects the plaza area with the canal. Stairs, ramps and grass slopes are used to solve the height differences between the park and the building. The meadow area in the center of the park is made up of a series of lawn areas separated by the straight paths which run through the open area. The groups of trees in the lawn create unique spaces that can be used for a variety of activities. The open character of the park is preserved by planting trees without an understory of shrubs.

Three garden areas are located adjacent to the buildings in order to create intimate spaces within the large park. Each garden has its own design, character and use. The existing Mien Ruys fountain and the Hartsuyker pergola have been integrated into the design and restored. This is also true for the existing boardwalk on the north side of the Erasmusgracht. This boardwalk, together with the deck from Fossa restaurant and the docks for small boats, makes this spot along the canal attractive. The road along the south side of the canal will be renovated to allow more room for a boulevard, complete with hedges and a row of trees. 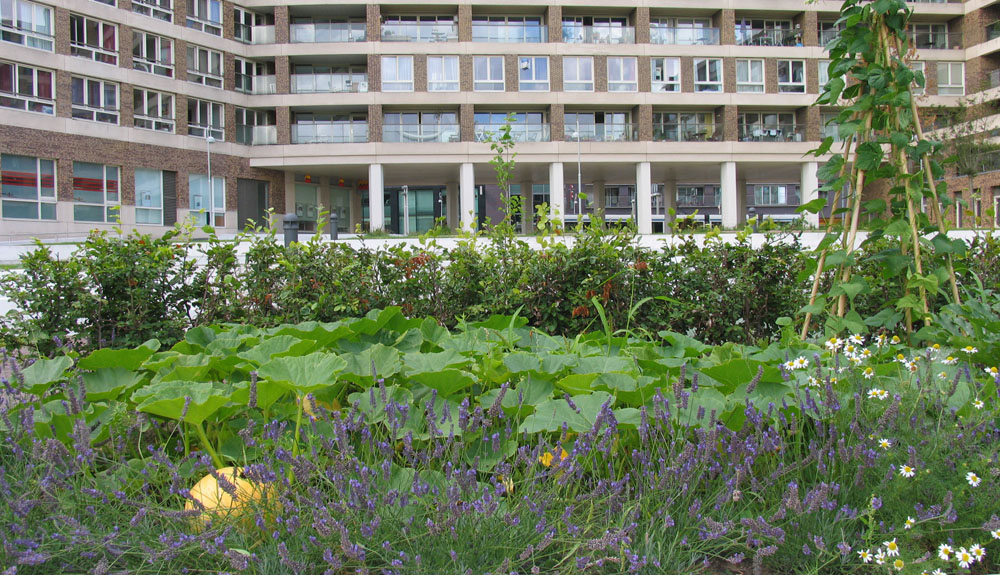 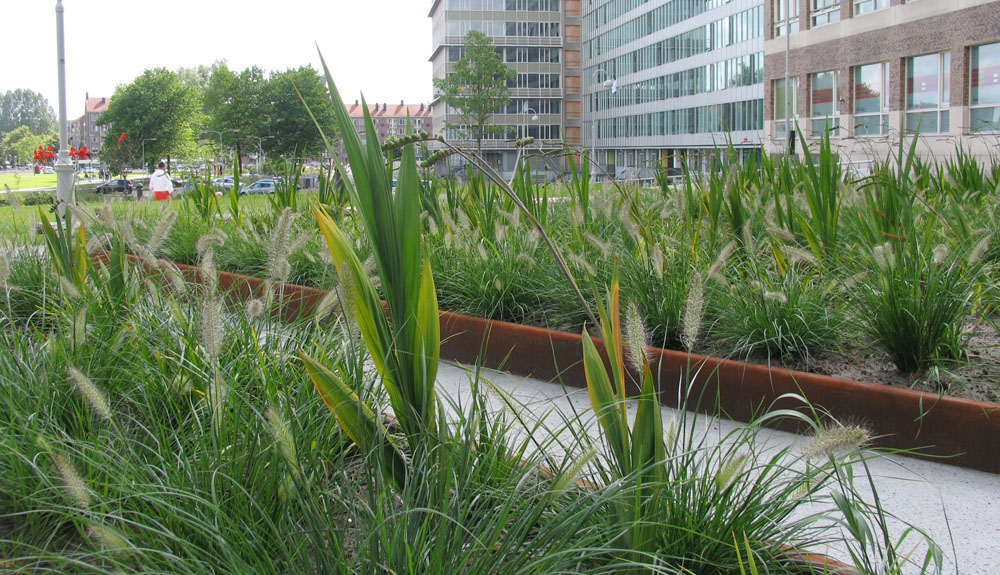 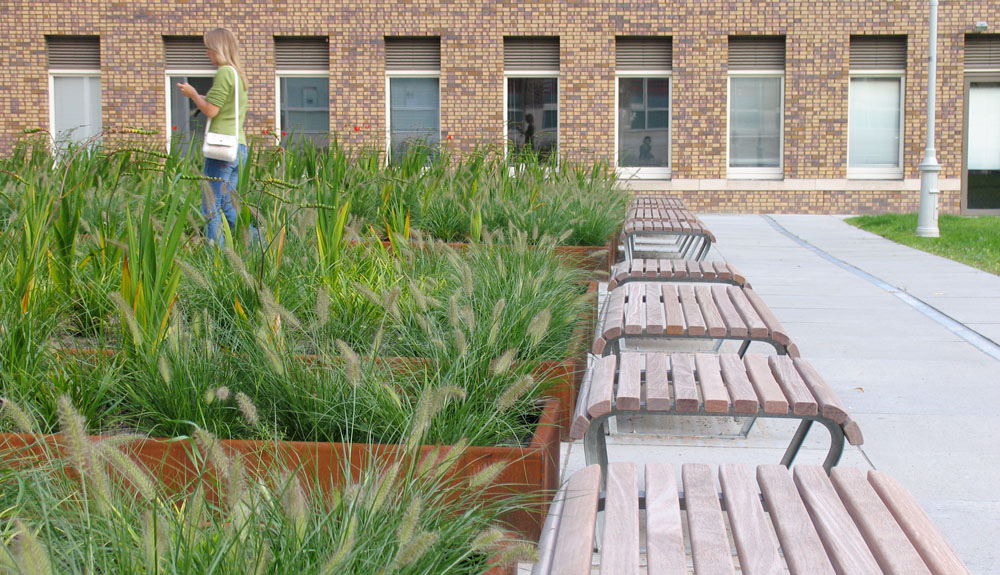 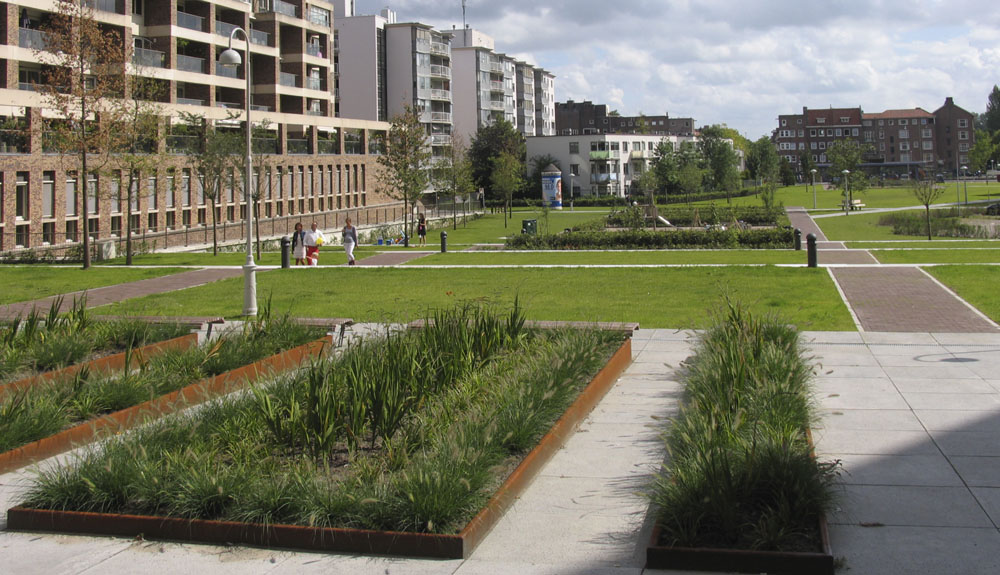 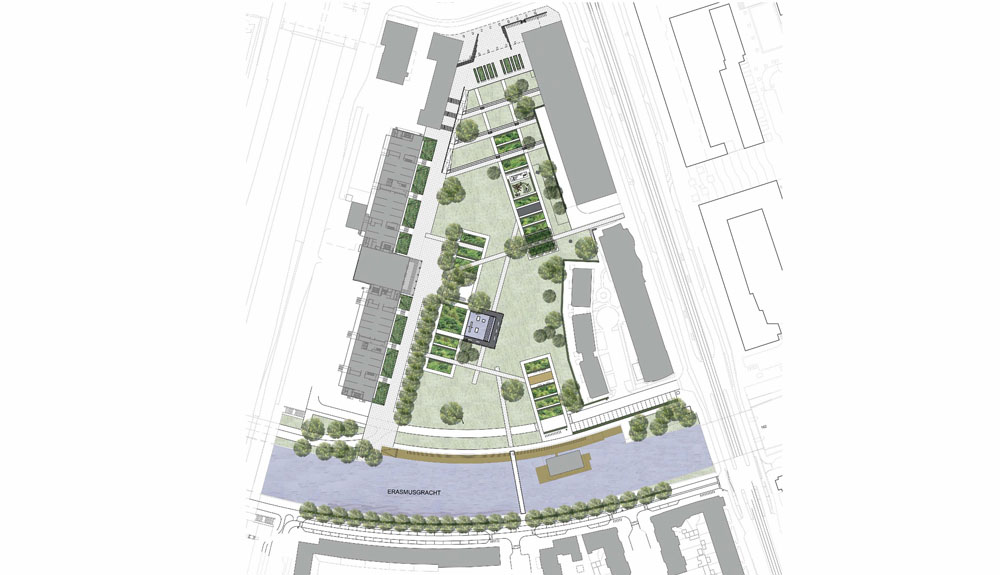 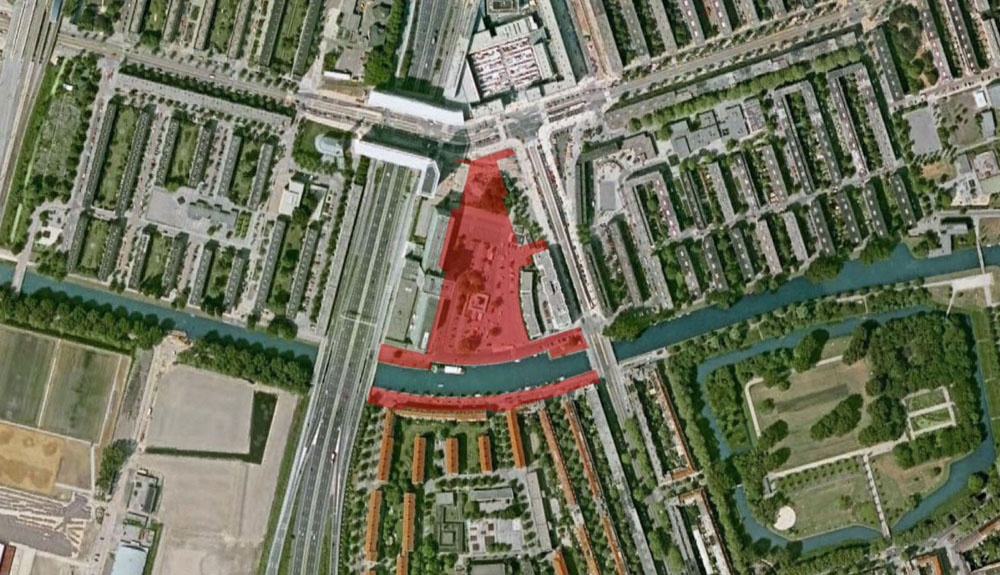 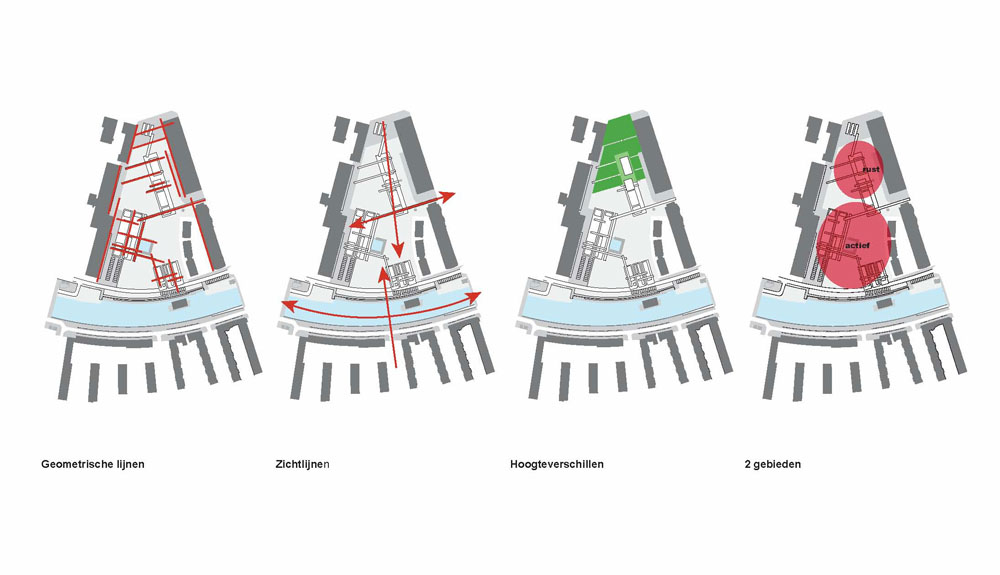 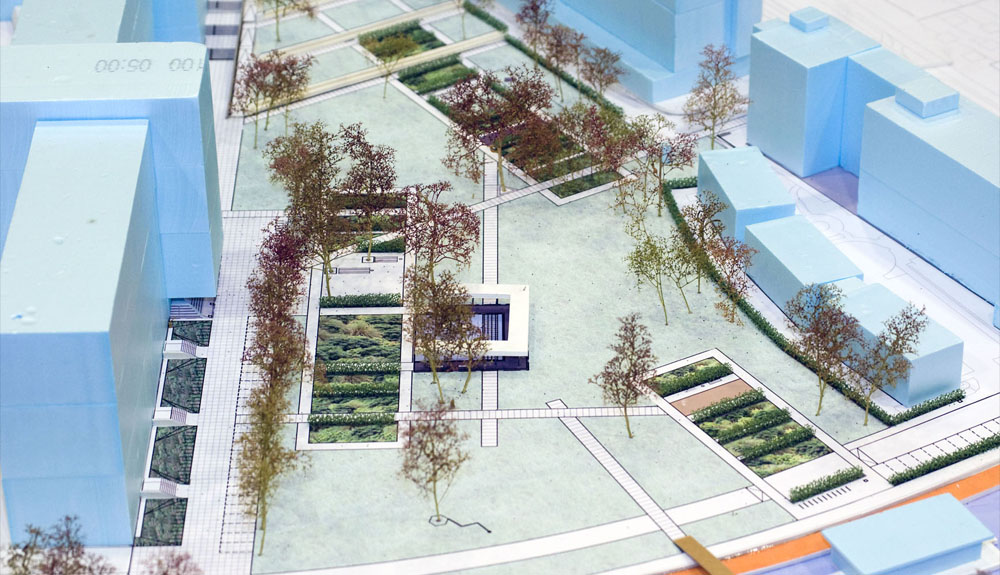 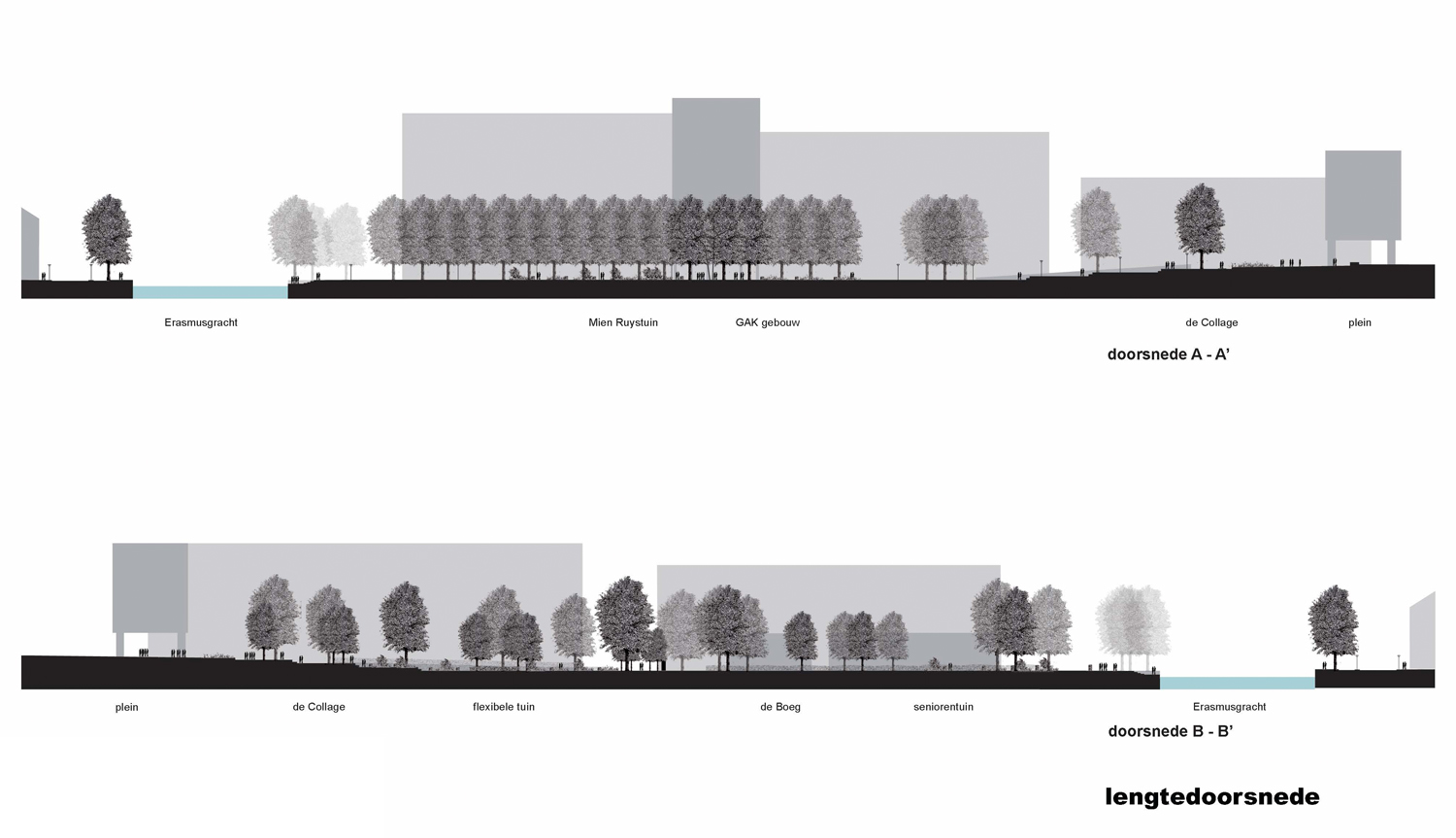 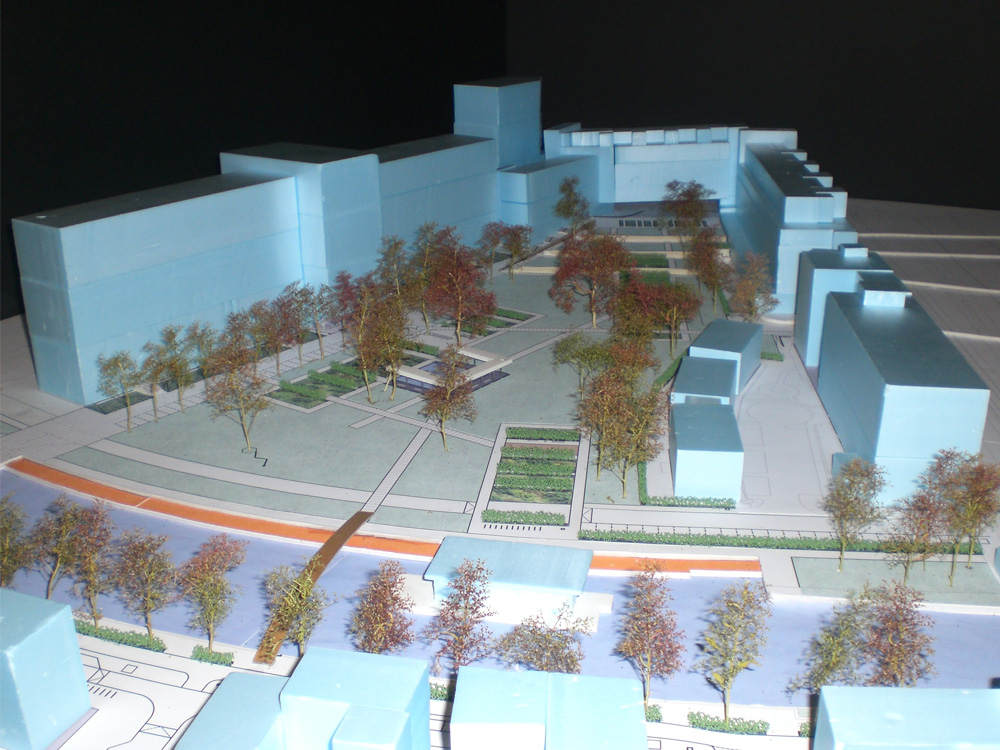 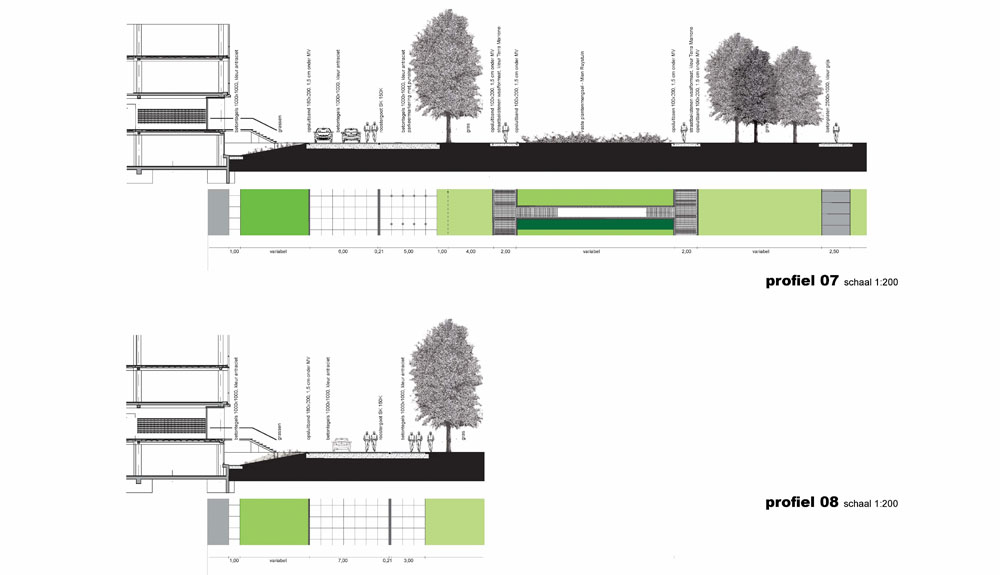 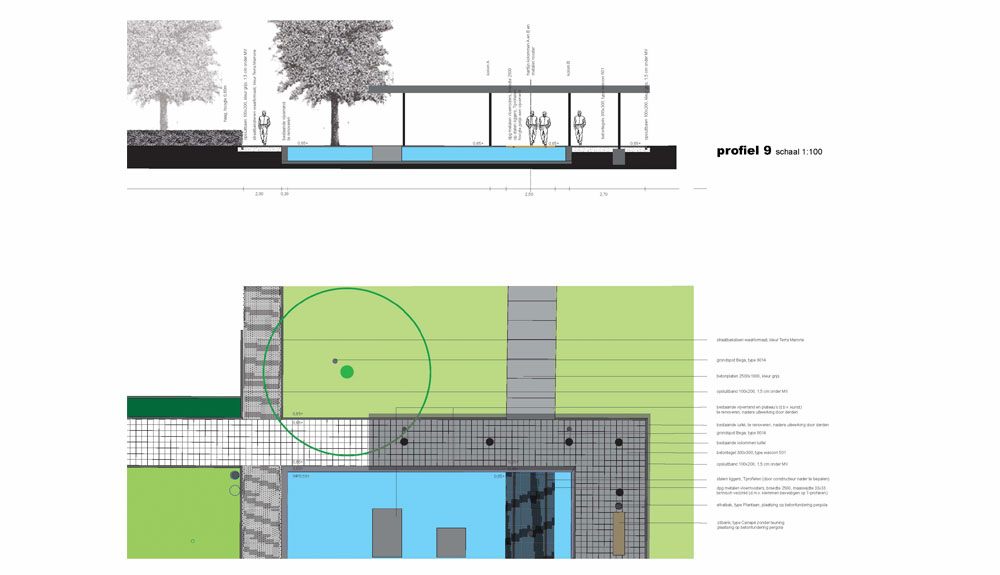 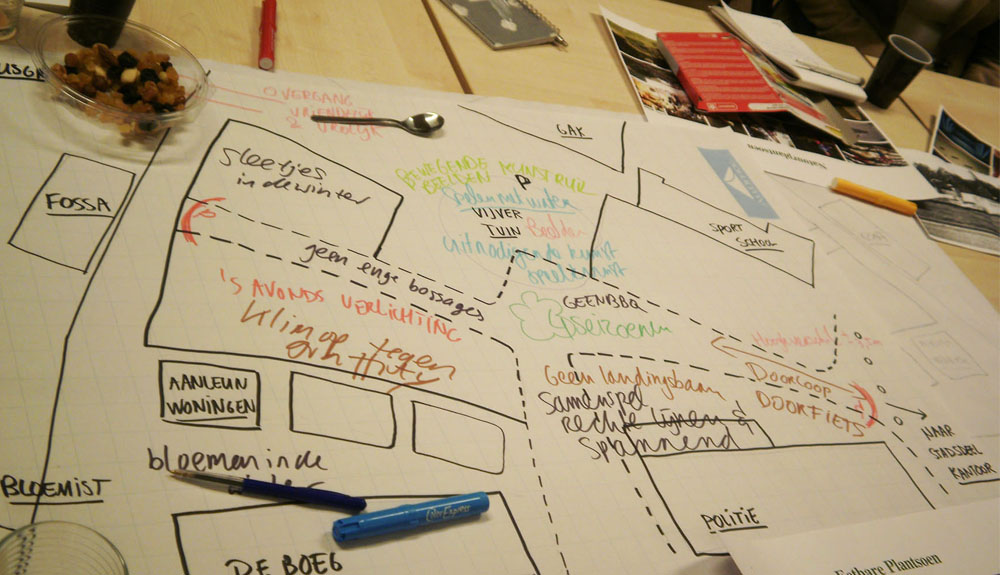 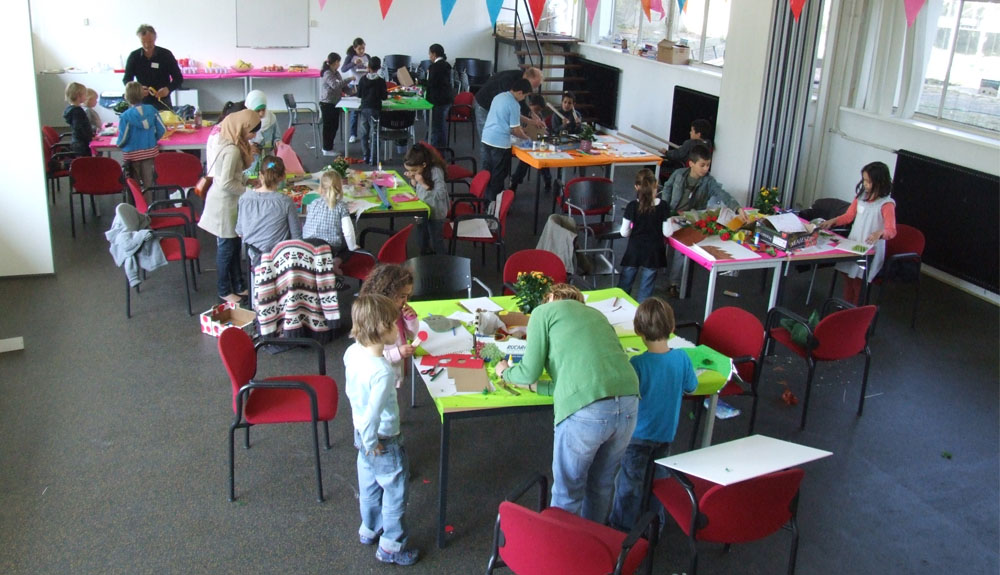 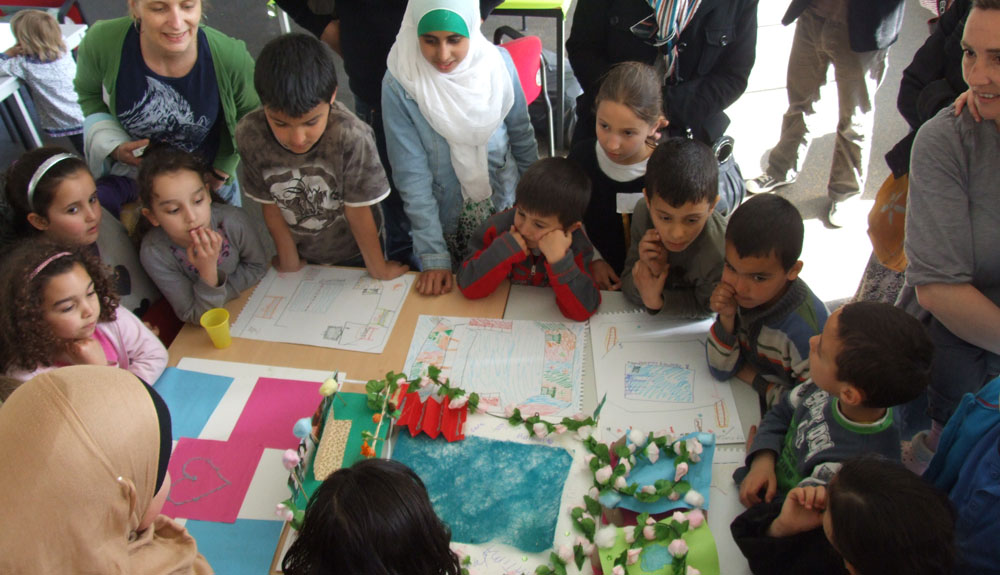