The Baita River stretches through the Hunnan District of Shenyang for 6 km and provides room for a linear public green space along its banks for the surrounding residents to walk, cycle, sit and enjoy the water. The river does not meander organically through the neighborhood but flows within its urban edges, with a number of dams to accommodate the height difference between the Hun River and the source of the Baita River.

The park spaces not only vary based on the width between the water edge and the street, but also based on the surrounding urban character and uses. There are hard edges such as boulevards, wide steps and quays and soft edges such as grassy banks, wetlands and natural plantings along the slopes. The dams act as separations between the various edge treatments. There is a sport park, a water garden island and areas for informal recreation. The various zones along the river are defined by the use of appropriate tree species. The choices are based on the climate, physical characteristics of the site, ornamental quality of the trees and their desired function within the park. 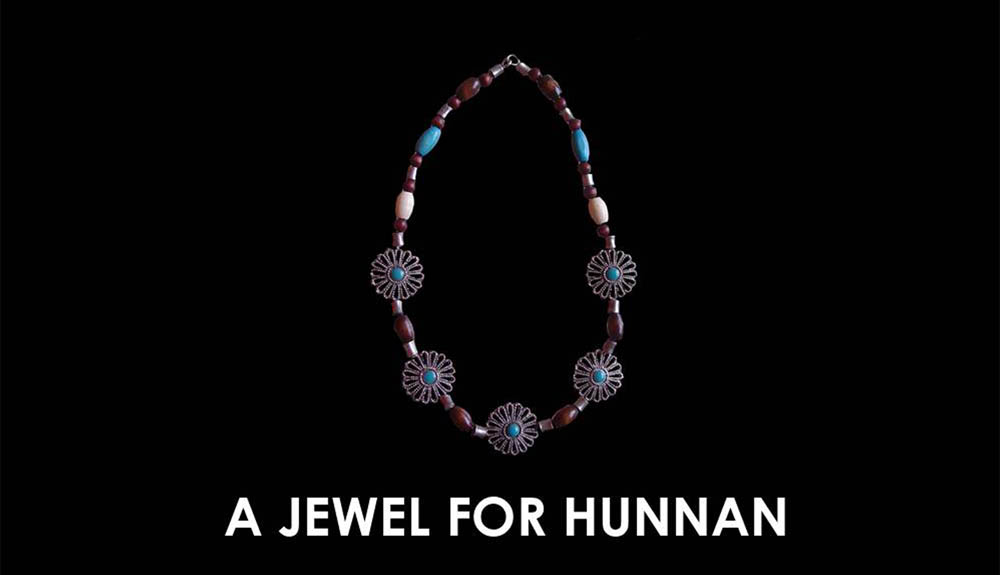 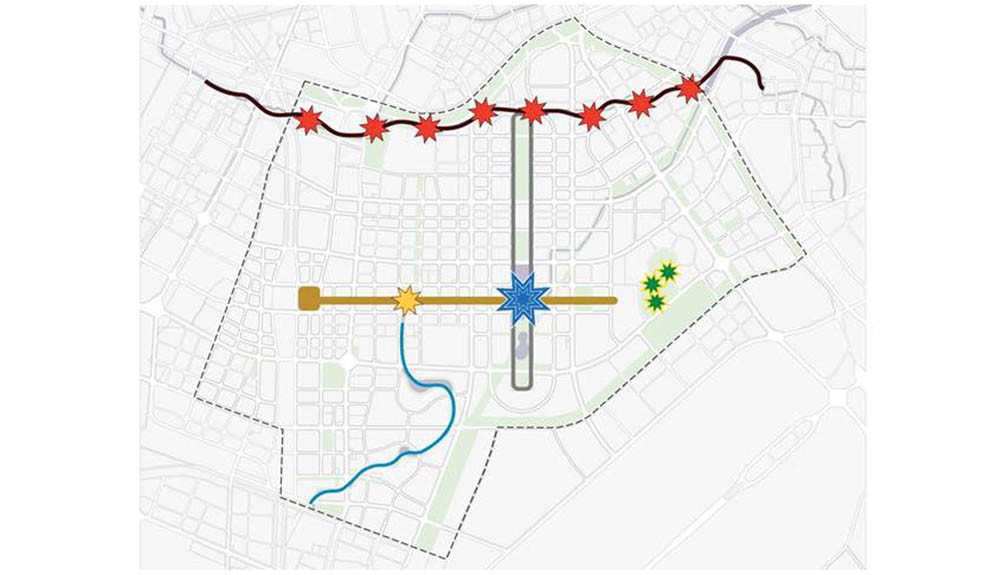 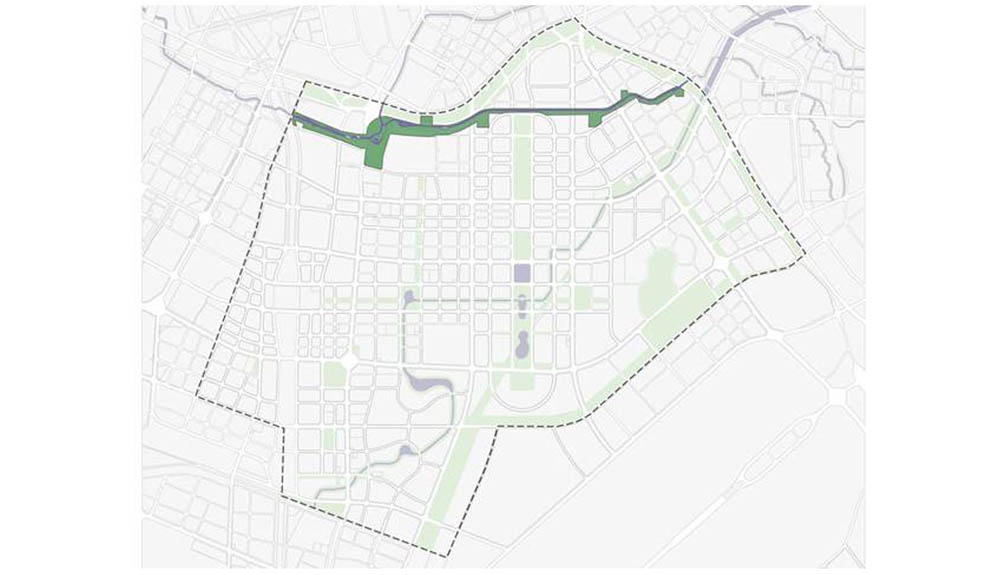 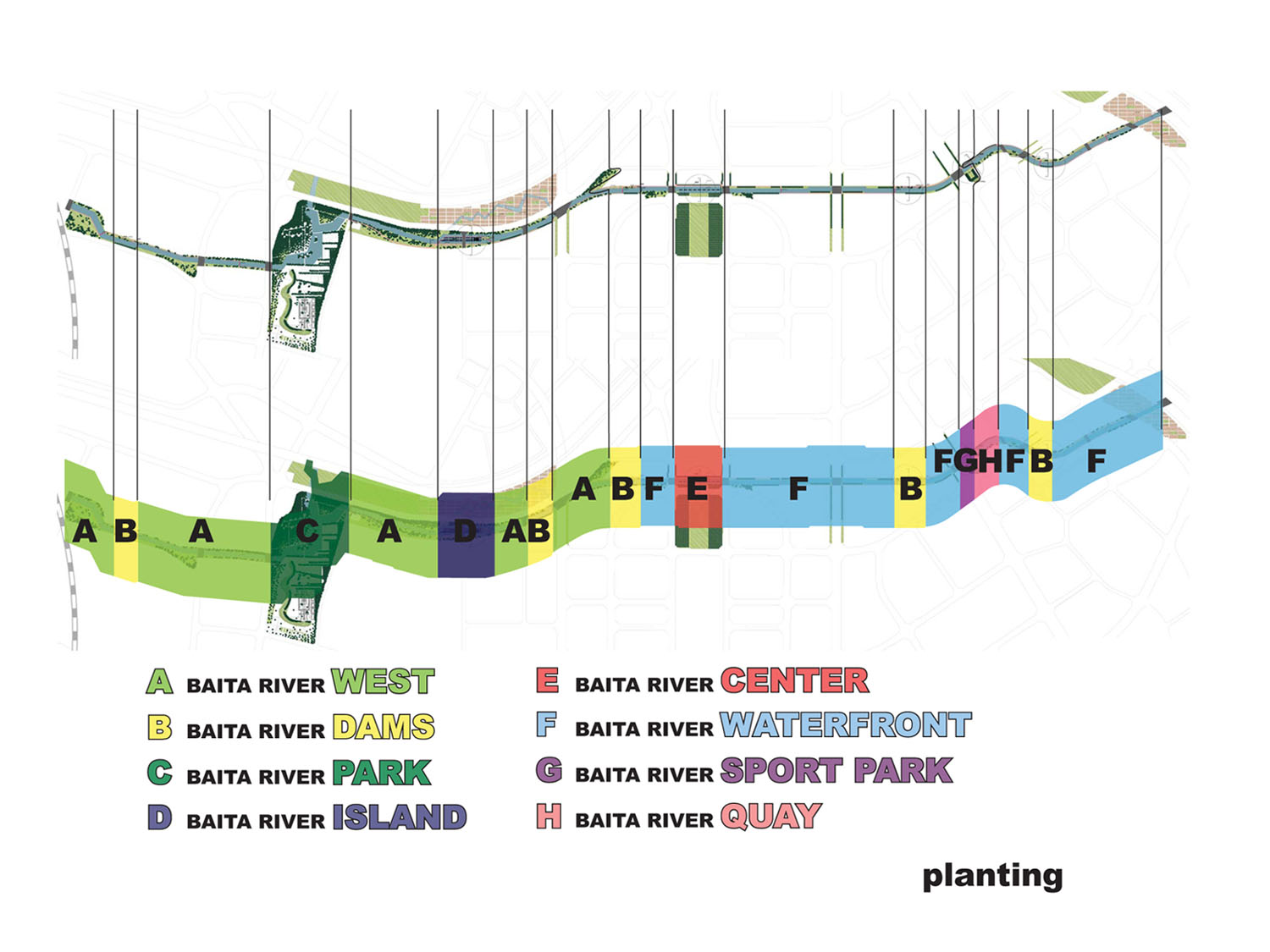 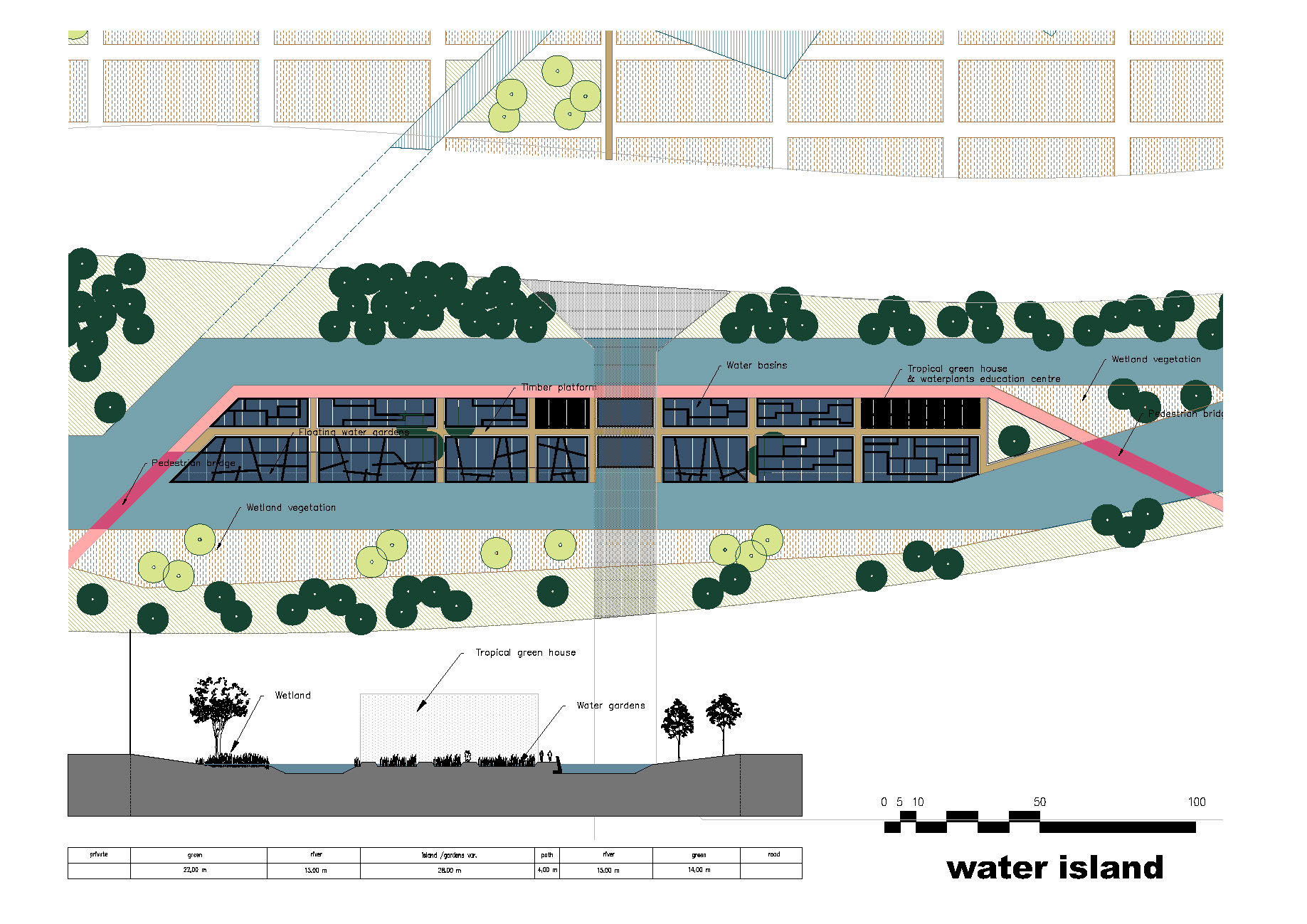 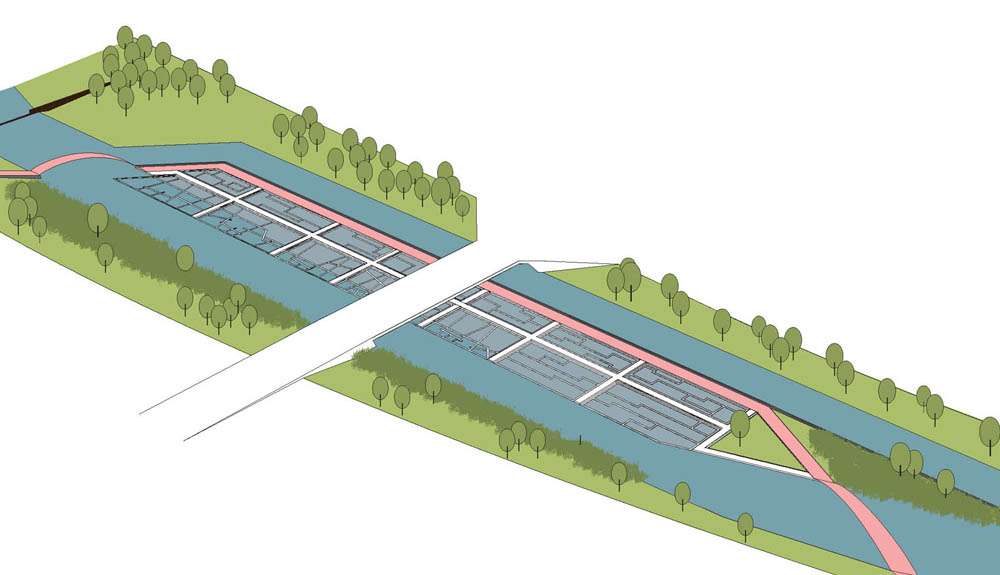 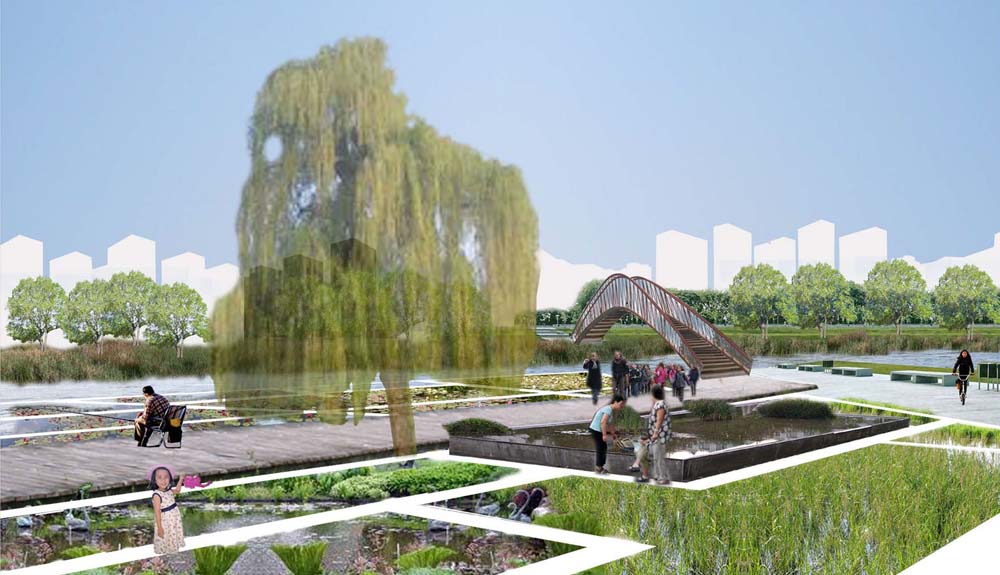